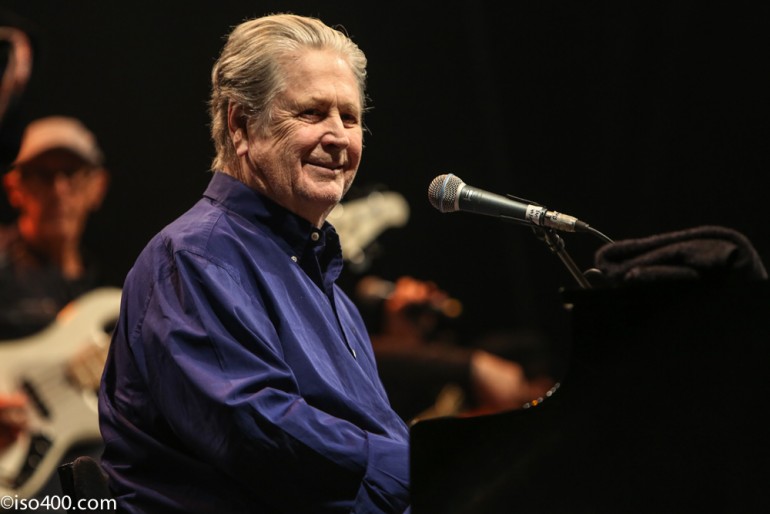 When we attended Together The People in Brighton a while back, it was quite obvious why most people had come to the music festival. In possession of a press print-out with the stage times, other festival goers would frequently ask to take a look, for one reason only: ‘Could you tell me when is Brian Wilson on?’ – ‘Sorry, I just wanted to take a look at Brian Wilson’s stage time.’ It reveals the reason why most people bought a ticket to the festival in the first place.

The expectations are set

To see BRIAN WILSON live on stage. One last chance to see him, perhaps. BRIAN WILSON, the genius. The brilliant mind behind the BEACH BOYS‘ many tunes and albums, such as Pet Sounds. When promoting the festival, it specifically said Wilson would be playing Pet Sounds and the band’s greatest hits, as part of his Pet Sounds tour in honour of the album’s 50th anniversary. It’s not about him as a solo artist or the music that came after the golden years of his band.

The expectations are set: Everyone is looking forward to a night of singing and dancing along to their favourite tunes, the songs they love. To many music lovers alike the music of the BEACH BOYS is timeless. Yet I cannot help but wonder, about Wilson’s feelings towards this. Does he still love the songs as much as we do? Or does it feel like being semi-stuck in the past, playing the same songs over and over again?

After seeing BRIAN WILSON and his band perform, there is no doubt: It was a superb performance. His band is brilliant, from vocals to instruments. Many of the musicians are said to be fans of the BEACH BOYS themselves. They made it their mission to make the music sound as close to what it sounded like back then, during live performances or the recording sessions of Pet Sounds in the studio.

BRIAN WILSON, 74 years these days, isn’t the young man with the moptop anymore. Naturally, his voice has changed. The piano in front of him remains largely unplayed. His hands are resting in his lap, they seem too tired to play. The band, with well-known members such as AL JARDINE and BLONDIE CHAPLIN, support him wherever they can. They make the music come to life. Flawlessly, MATT JARDINE sings the high notes Wilson can’t reach any longer. They care for him and celebrate him, which is wonderful to see. 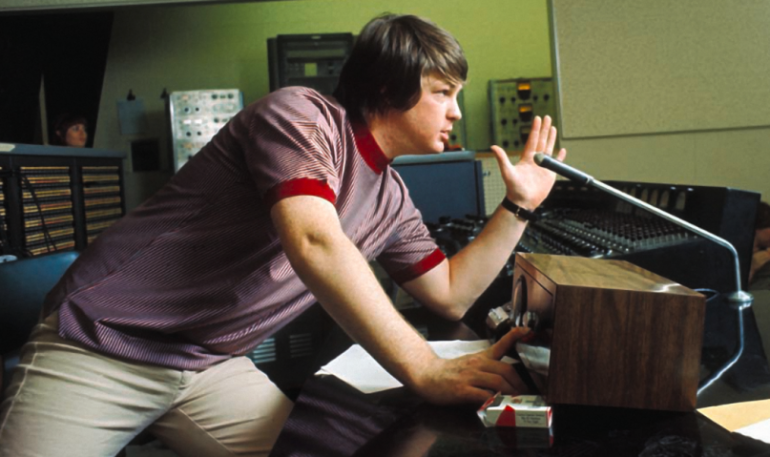 While the spirit of the music stands for a young and healthier BRIAN WILSON, his on-stage presence says otherwise. With the biopic Love & Mercy having come out not too long ago, it’s difficult not to think about the obstacles he had to overcome to be able to sit on stage today. Mental illness and the over-medication resulting from that clouded his beautiful mind. It made his thoughts wander to far-off places and his talent fade. The struggles of the past still seem like a weight on Wilson’s shoulders, when his gaze frequently wanders and he stares into the distance, into the dark of night.

Hardcore fans encountered in the crowd, who came all the way from the Netherlands and were also attending an additional BEACH BOYS fanclub dinner prior to his concert the next day, had seen him before. According to them, he was in a very good mood. Engaging with the crowd, making little jokes here and there.

And though he was apparently in good shape, he still seems to be going through the motions. He seems somewhat lost amidst the busy musicians on stage. As if he’d rather be in a different place, perhaps resting his tired bones. Instead of playing the same songs from his youth over and over again. He has been through a lot in his lifetime. Music binds memories, not only for the fans but also for musicians. His brother’s death, his mental illness – how many good and bad memories come with playing the same old tunes? Does the good overweigh the bad?

The 50 Years of Pet Sounds tour is about recreating what once was. It is a tribute to a time long gone. It’s a daunting thought that to some extent it might be a sad memorial of an album. Do the fans really need this? Apprently, they do, yes. There are many magical moment, sending shivers down the spine when everyone sings along to God Only Knows or Wouldn’t It Be Nice. BRIAN WILSON deserves to be celebrated. His golden tunes surely pull the crowds in, but does it do himself any good? At times the musician on stage seems like a shell of himself. He also deserves some peace and quiet far from the spotlight after the life he’s had and time with his loved ones to take care of him. Wouldn’t it be nice?