It is 10am in the morning, I am sitting in a Cologne apartment. From the other side of his Zoom meeting screen over in Melbourne, Australia, Husky Gawenda is looking back at me, with the sun starting to set in the far background. This might be pushing it a little, but I cannot help but wonder how well this time span ties into the framework Husky have chosen for their new record Stardust Blues.

Where to begin? The place is Melbourne, the time might just be the present, and from the first chord of Cut Myself Loose, the first track off the album, we are following its central character around the city for an entire day. The perspective is the subjective one of this “flâneur”, who is roaming through the streets and sidewalks of his city, encountering friends, falling in and out of love, confronting deep fears and desires, all the while turning his inside world out into the narrative of the city he is navigating through. An intriguing design, that much is certain, and I am more than keen to step into the songs, trying to figure out where this story leads.

“I got curious about what this character was up to, what was gonna happen next.”

“From heartbreak to new love”

Following a character on a 24-hour odyssey through a modern metropolis, doesn’t that sound familiar? „Yes, I was reading Ulysses at the time that I was writing the songs“, Gawenda reassures. „Once this character on the journey through the city emerged, I decided it would be fun to base it on the structure of James Joyce’s classic“. And yet, there is a unique flavour about the stories Husky are about to tell. It is the little bits and pieces that make up the beauty of everyday life, but it is the task of the one who tells them to shape them into narrative entities, providing a larger structure.

“This bigger story is the human story. I liked the idea of that, so I wanted to tell all these little stories. All stories tell a bigger story.”

Having „recently been through a break-up, but toying again with the idea of new love“, as he points out, the figure of the album navigates his way from „the soft dark, the great unknown“ (Cut Myself Loose) which his past love has left him in, all the way through buzzing afternoons and starry nights tinted with wonder and possibilities. Without giving it all away, he gently gravitates towards a shining starlight, despite the growing sense of self-absorption. The course of the wanderings is not pointing towards an abyss, quite contrary, at some point it flows into the safe space of newfound love on the final track, My Darling Ghost.

“You never arrive fully. But I think in the last song the character reaches a point of acceptance of being somewhat in between. I think he accepts it. And with that acceptance he becomes open to the next thing, which is new love.”

Picking up the thread

For all the aberrations we witness, the musical setting of Stardust Blues really provides a pleasing framework, gently guiding us through the narrative thread. With their folk roots only glimpsing through every now and then, the sound has gotten more lush and symphonic. All songs were actually recorded on a 24-track tape, which contributes to the “warm, smooth” quality that Gawenda pins on the “humanness of the recording” the band aimed to achieve. Husky are expanding their sonic territory by building up vibrant and alluring sceneries for the stories told.

„As I was writing these lyrics, I discovered that a story was emerging“

And we are not the only ones trying to catch up with a speed of a narrative unravelling. „In the beginning, I didn’t plan for the songs to tell an overarching story“, Gawenda admits, „but once I noticed that a story was emerging, I got really excited about it“. So it was a matter of going after a thread that he could not stop once it gained speed. „I enjoyed the process of following the story myself. Even I did not know what was going to happen next“.

„In the end, even though each song is a journey in itself, having that overarching narrative did enable us to perhaps tell a richer and more interesting story.“ 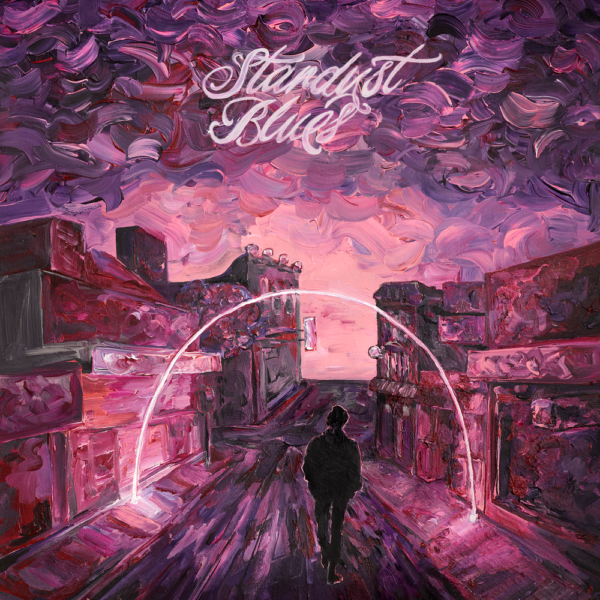 You can never be fully in control of these things but on Stardust Blues, even the setting of the record seems to coincide with the theme of coming to life after a phase of destruction. Written and partially recorded at the Westbury Hotel in Melbourne, a 1920 mansion and artist commune, where the band „lived, dreamt, wrote, and recorded“, the place got torn down to make way for a huge building block around the genesis of the album. Bitter as that is, Gawenda sees the end of the times spent there as something „that cannot be taken away from us“. And he remarks how the event “ties in“ with the album’s theme:

“After a long night comes the sunrise. Without the destruction, the heartbreak, and the darkness, we can’t get to the light, the rebirth, and find new love. It’s about learning that lesson and it’s a lesson we probably have to keep learning over and over until we die.”

Where to go from here? There comes a time to let go of lost causes and embrace the power of the new beginnings. This is one of the essences that remains in the end. Dig down deep under the surface of what you hold in dear memory, while your eyes focus on the shimmering light rising above. A new day will come and a new light will shine. That is a pretty sweet outlook, especially for a record that begins its journey in the basement of a broken heart.