Often you hear about how returning to a certain festival feels ‘like coming home’. Well, the OFF Festival in Poland’s former mining heartland of Katowice, Silesia, always feels more like a leap into the unknown.

On its 13th edition the OFF Festival once more stood out in the very own niche the festival officials have created. It’s a musical mixture of legends and youth, stardom and unpredictability, light and heavy. But this last weekend at OFF Festival 2018 made me realize, that at its core it is about something else: It’s about being in the moment while still being reflective and aware of your surroundings.

Awareness has become a brutal buzzword lately; at OFF, it’s filled with life. I’m not talking about aspects of sustainability like the variety of high quality food or a modern waste policy – those are nearly a given nowadays even on bigger, highly commercial festivals all over the world. But here, awareness is also engrained in the actual festival experience. 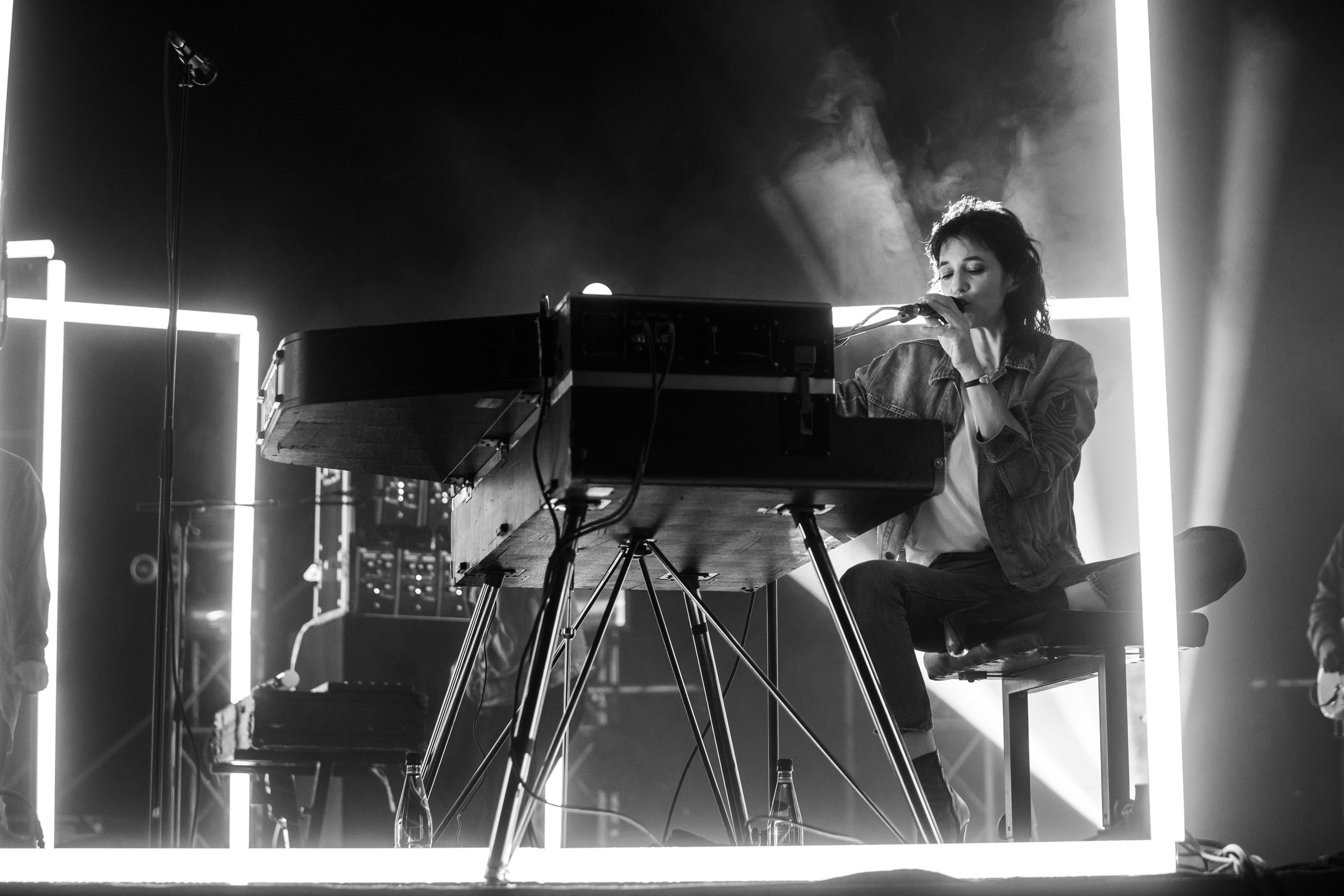 Charlotte Gainsbourg at OFF Festival 2018 – photo by Michal Murawski

First: The booking alone is not just about sugar and meeting expectations. Despite the bigger names it’s deliberately challenging. Even unexpected replacements answer that claim. St. Petersburg punk-chanson outfit Shortparis stepping in for Yellow Days and Japanese avantgarde noise rock heroes Bo Ningen for John Maus are only two examples here. And then there are the late night acts like Jon Hopkins, Egyptian Lover or Or:la: rather educated picks as well.

Second: The local scene and Polish acts in general are still a very vital part of the line-up, ranging from Black Metal (Furia) and sheer noise (Sierść), to 80s post-punk legends (Kult), minimal pop of international format (Coals) up to conceptual artists (Wojciech Bąkowski). OFF is aware of its roots and aware of the fact that stars are born next door, not somewhere in the ether.

Third: It’s a reoccurring situation at OFF that the acts everyone’s talking about in the end are not M.I.A. (rather underwhelming), Grizzly Bear (solid) or Charlotte Gainsbourg (beautiful). But instead it’s moments like the rising rap star Bishop Nehru’s sweat-inducing show that turned a rather restrained audience into a hiphop-moshpit. It’s the complete madness of queer-rapper Big Freedia’s twerk-competition. It’s the performance of the 70s Italian progressive and proto techno act Sensational Fix on an experimental stage curated by Ariel Pink. At OFF, these moments that you just stumble into are the most precious. At OFF, open-mindedness is mainstream.

And finally: Don’t get this the wrong way; you’ll always gonna have a good time around OFF, with people being friendly and polite, dancing and celebrating in a nice environment etc. But still, many performances emitted a feeling of uneasiness. And that’s the beauty of it. OFF does not shy away from sinister acts and even when the music is at its most cheerful, you are very aware, or made aware, that this is just temporary bliss; just one aspect of the bigger picture. Every act, even the most ruthlessly partying ones like Big Freedia, brings a certain edge to stage.

You leave Katowice with a lot of new music to spend your time with; but you also leave a little more aware of how every event, moment and piece of art is just as likely as its complete opposite. What more can a music festival hope to achieve?