20 Years of AIR – Discussing Past, Present and Future with the French Electronic Maestros 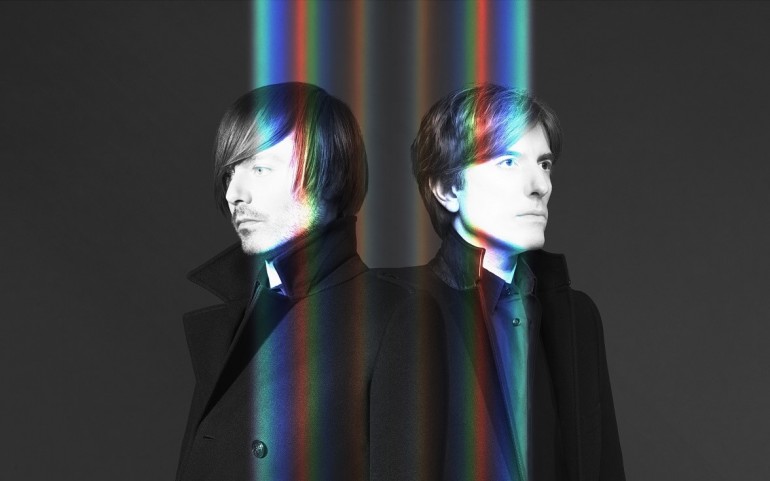 It is Monday morning, 10 AM. I am sitting at home watching the blue sky and clouds passing by. The music plays in the background: It is Moon Safari by AIR. For many reasons, this late 90s piece of warm and mellow French electronic music belongs to my favourite records. Several thoughts cross my mind: I was about twelve years old when Moon Safari saw the light of day in 1998. Eight years later, I rediscovered AIR’s first record and almost played it to death. And now, another decade later, I am hooked that AIR’s debut still sounds as much effortless as timeless. It matures like wine and only gets better as time passes on.

I am waiting for Jean-Benoît Dunckel to call me. The phone might ring in a minute and I am somewhat nervous. It is my first telephone interview and I decided to revive my little knowledge of French in order to greet Jean, one half of the French electronic duo AIR: ‘Bonjour, je m’appelle Chris et j’écris pour le magazine NOTHING BUT HOPE AND PASSION‘. My conversation then proceeds with a confession: ‘This is probably all French I know for now‘. Jean laughs; his voice is calm and in the friendliest way he replies: ‘Thank you. You have a good accent. Don’t be nervous, it’s like a normal conversation‘. Although Jean is hundreds of kilometres away, it feels like he is sitting right next to me. Maybe it the calmness of his voice that affects me. I turn down the music: Sing, sang sun – past, present, future. Let’s talk twenty years of AIR

When AIR entered the stage in the mid-90s, BritPop was about to reach its peak. But no matter whether you still listened to grunge, followed the BritPop hype, or listened to Pop or electronic music, AIR sort of did not fit in with the overall music scene at that time. Jean remembers:

‘When we started out, our record company was puzzled by our sound. They couldn’t imagine it being played on the radio or that someone would buy it. Once they realised it worked, they let us do everything our way’

In the most ironic way, things have never changed for AIR.

Although especially Moon Safari foreshadowed a warm and mellow electronic sound we would hear a decade later by bands such as AIR FRANCE, there has never been anybody sounding quite like AIR. ‘It’s true. It’s our very own sound and we were lucky enough to be able to do everything the way we wanted’, agrees Dunckel. Consequently, Jean-Benoît Dunckel and Nicolas Godin became and at the time remained a singularity in modern popular culture and the worldwide music scene. ‘It’s hard to imagine that we started 20 years ago. It doesn’t feel like it‘, recapitulates Jean. 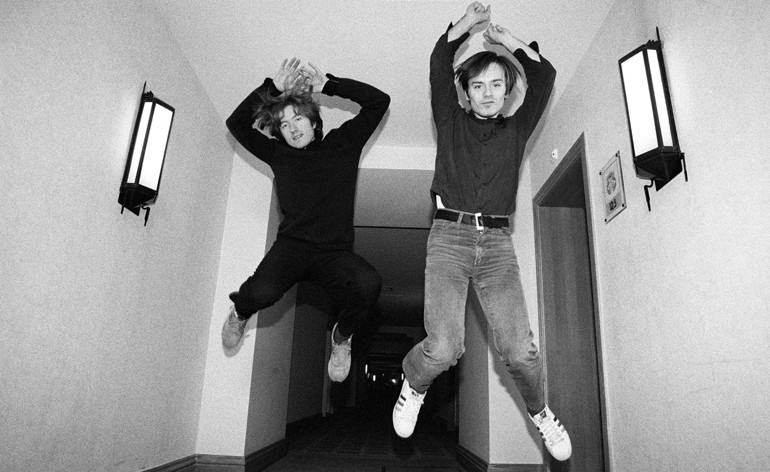 Now, five proper records and two soundtracks later, AIR feel that especially new artists increasingly work differently in contrast to them and that the musical landscape has generally changed: ‘Not only does electronic music sound very similar these days, it’s even that everyone’s using the same programs. It’s easy to program music today. But with AIR, almost everything we do is played live’, states JB. Dunckel furthermore explains that the way he works with Godin has not really changed over the years. It is specifically the latter statement of Jean that might partly explain why the whole discography of AIR up this point kind of feels like a ‘complete’ and ‘logic’ piece of art. In a way, this impression also contributes to why it is not really surprising that according to Jean there are no plans for a new AIR album, yet:

‘Currently, there are no plans to release new material. I just think it wouldn’t be as good and we won’t write new songs only for the sake of doing another record. I think we did a lot of good stuff in the past. There are seven albums out and apart from both of us having our own projects we would like to concentrate on them for the time being.’

In preparation for the interview with JB I read AIR’s discogs.com entry and hence came across a comment that kind of perfectly summarises the current status of the French duo: ‘AIR [are] the […] children of KRAFTWERK‘. Indeed, the past five years showed JB and Nicolas turn into what one might call a light version of the Musikarbeiter from Düsseldorf: They do not release new material, but if they do, it is rather an event and bound to special occasions like Music For Museum, they remaster old material and publish a fancy collection of previous works, and – last but not least – they play occasional and special live dates in order to present a cross section of their musique unique. Aircheology is the current name of their website and as both Dunckel and Godin are having their heads buried deep in the history of their band, the term perfectly fits and suits 2016.

A fantastic series of pictures by the famous argentinian duo Luciana Val and Franco Musso.

However, it is important for Dunckel to clarify that not everything he does nowadays is rooted in the past. Au contraire, he is always aiming to try new things. ‘I’m not trying to do the same thing twice. I’ve become fascinated with Digital Arts and I’d like to collaborate with more people of that field and create something new. This might also include the way how to present and experience music’, describes Jean. As it seems, Dunckel is also facing new challenges now that he is working on his own. ‘You know, I don’t have a big record company supporting me so I really learned a lot about the whole process of releasing music on my own’, he adds. In spite of having lots of things to learn and prepare as a solo artist, JB is nonetheless quite busy releasing new material. Within only two years, Dunckel published a live album and composed the Original Motion Picture Soundtrack for Summer.

Nonetheless, the history of AIR continues: Now that summer is in full swing, Dunckel and Godin will join forces again, hitting the road in order to play a massive list of live only to present a selected and sublime collection of 20 years of AIR. Needless to say, we should go and watch them. It is the French Musikarbeiter at work, doing what they can do best: Playing timeless music while making it at the same time look so effortless.