I need a powerful and kind bloody-mindedness to remain stable as Stephen and I continue on our Independent-musician-direction into the dark. Fortunately, I come by it naturally. There is a bear in me that moves continually forward, unknowingly crushing obstacles to track food or scratch my hide on a tree.  I mean no harm but feel an innate imperative to keep moving, feed my appetite and seek more, to survive.  Survival for me, means creating disruptions in the field of play, evading patterns and comforts that could numb my perspective into unthinking or the riding of currents.

Though in the music industry, fronting the Young Galaxy project and in the interests of maintaining whatever illusion or brand we have created, I shouldn’t paint a picture of the struggling artists, the self-doubting creators etc, I do often feel wordless. No twitter posts, quippy sound bytes, or casual stage banter from me. Wordless. But filled with this bloody-minded push that is not ambition, but survival.

The feeling is a ROAR.

It’s probably the reason I sing and the reason I need to sing to others. When words don’t come it can hurt. It is not only part of how how I make a living, but how I understand and place myself among others. But when words do come, they don’t always want to be sung though. Or maybe the song doesn’t want them.

For years, these words have sat silent and unused, never been sung.  Probably because they are spent now – the roar has been articulated, and now cannot be roared. Yes? No? Anyways …

There is a bear in that girl and she cannot hide it
She rips down the sunlight and marches up trees
She opens her breast, her beast,
and breathes a roaring tune.

This afternoon she will govern her massive heart and claws,
keep her heavy arcs of swinging arms from doing harm.
And she will walk thunderous and peaceful across dappled roads
Past those waiting to fight her.

Crossing the moonlight will calm her and smooth her, but
tomorrow she’ll crash down the sun in its slumber
wear a broken down path through forest behind her,
shout her name to confound all city bells and whistles,
the spears and snares, meant for her capture, will snap from the weight
of her step as she barrels in peace to her comfort in cool darkness –
This girl who cannot bear to be hidden 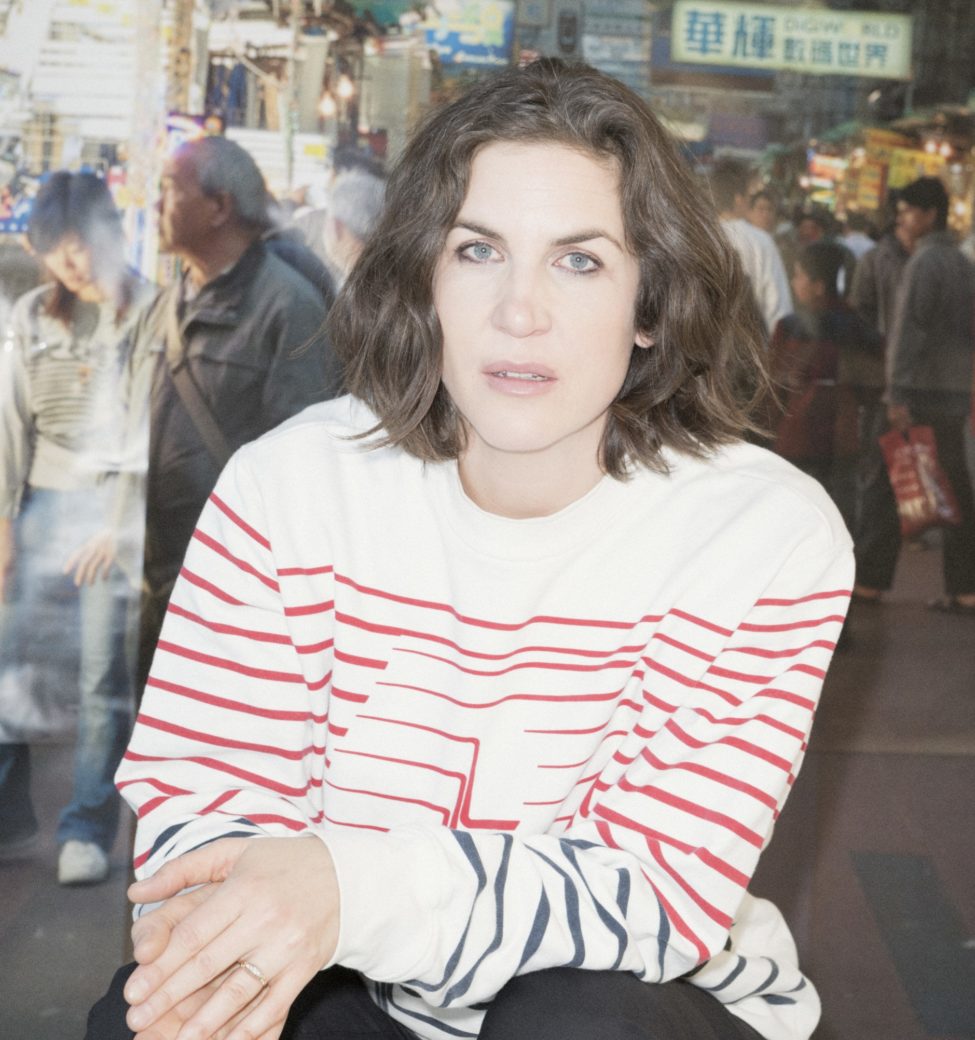 If it is speak or roar for me, then I feel much more sound with the hugely uneasy, shifting and unfixed life of two independent musicians (with two giant but small boys counting on us to shape and provide a world and home for them that is loving and dependable) when I roar.

The subtle magic of branding and PR that I should employ in this line of work is lost on me. We continually feel that with a wrong step we could fall off this tightrope. But, I have noted the effect of giving myself over to the bear in me; I have noticed  – shhhhhhh – the magic of a solid step appearing under my feet only after I step roaring into the dark.

It’s not pretty, it’s a grizzly bear.  No polish, no hype, no fresh start, it’s raw, it’s fucking animal, it’s instinct, to survive on this tightrope –  the frontier. And though I lose so much sleep, I do sleep like the dead when the roar is spent and sleep comes.

Fittingly for the title of this guest feature Young Galaxy also unveil a brand new music video for the song Frontier, directed and edited by Catherine McCandless herself. The full album Down Time arrives on April the 6th.