Introducing Lil Halima: Shining Through The Bright And The Dark Days

It took two festivals, but we eventually got a hold of Lil Halima. The Norwegian star has had a hectic 18 months since her debut single Abstract came out on 2018. The Norwegian industry had been making noise about her for a while, but as soon as that song dropped the accelerator pedal came down  – and she rustled up three EPs in a year, each showcasing the way she’s been able to adapt her talent to different genres, from pop to R’n’B to soul. We caught up with Halima for a chat at Roskilde, and some photos at Reeperbahn. 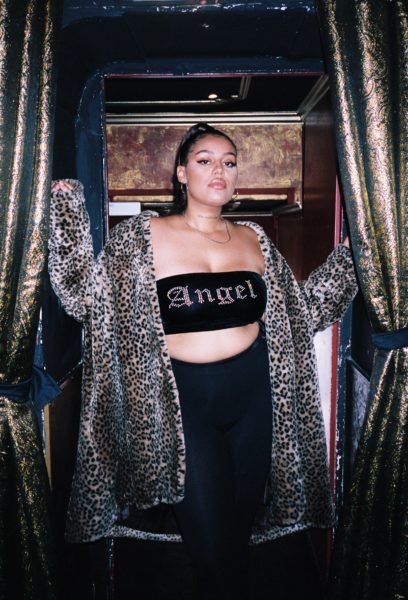 If you go back to the first single, you released Abstract in April last year, but you got signed from doing clips for Instagram and things like that, if I understand correctly? So in what kind of ways were you expressing your creativity before your ‘official career’ got started? Because you also paint as well? You did the single cover for Abstract?
Yeah, I did. I’ve always been doing music, but I’m from north, north Norway [Bardu], so nobody really pays attention to what people are doing there. It’s very far from Oslo, and it feels like a different world [to Oslo]. I was doing music there, more kind of folk-inspired stuff, I played violin and had a band. Did a lot of that kind of thing, and I also painted, I’ve been painting all my life. I had a lot of time, as I lived far away from everything, so I used time to learn to play instruments and stuff. I’ve always expressed myself in those kind of ways, but I never really used it for anything. Then Instagram came, so I could show it off there and I realised it reached out beyond my home town. I was just doing my own thing, minding my own business, and then people saw it and I got a deal.

You mentioned in the press release for Abstract, that you always felt that music was your thing, but you never felt like it was a realistic option for you. So do you think a lot of the last year, since you got started, has been taking advantage of this opportunity, now that you can make a career out of music?
It’s actually crazy. Before, people used to tell me that you can’t make music, you need a plan B and so on. It’s not what society expects, especially when you’re from a small place where no one has done it before. No one from my hometown had done music before. The other day, I had a moment where I thought ‘Damn, I only started a year ago, and I’ve come so far and done all these things’.

In that just over a year, you’ve put out three EPs. Was it always the plan to start your career with so much music?
It wasn’t really the plan. What I wanted to do was just make music all the time. So I went to work with different people, to different studios, and just made music all the time, as well as making music by myself all the time, as I have always done. I realised I had all of these songs, and I could just sit with them and eventually get tired of them, or I could release them and maybe someone would like them. I felt it was best to share them, and if people like it, they like it. I feel like there are so many musicians who just sit on a lot of music, and feel so pressured about having a bunch of streams and hits that they’re scared to release things. I don’t really think about that, I just think about the music, and if you feel someone might resonate with it, you should share it.

But you do go into projects with concepts, correct? I’m thinking of the last two EPs, For The Dark Days and For The Bright Days, were they always intended as two halves, to complement and contrast each other?
Yes, I always had that in mind, that I wanted two ‘seasons’. It might be weird for someone to listen to one of my EPs, which usually have a dark vibe, and then hear this other EP, which had an entirely different vibe. But I just wanted to show people that there’s a reason behind it, and the reason is the contrast in how I feel when it comes to the weather I’m from. That’s kind of an explanation why.

So it’s intended to be seasonal? And I guess when you’re from Northern Norway, that’s a big factor?
Exactly. For The Bright Days and For The Dark Days. 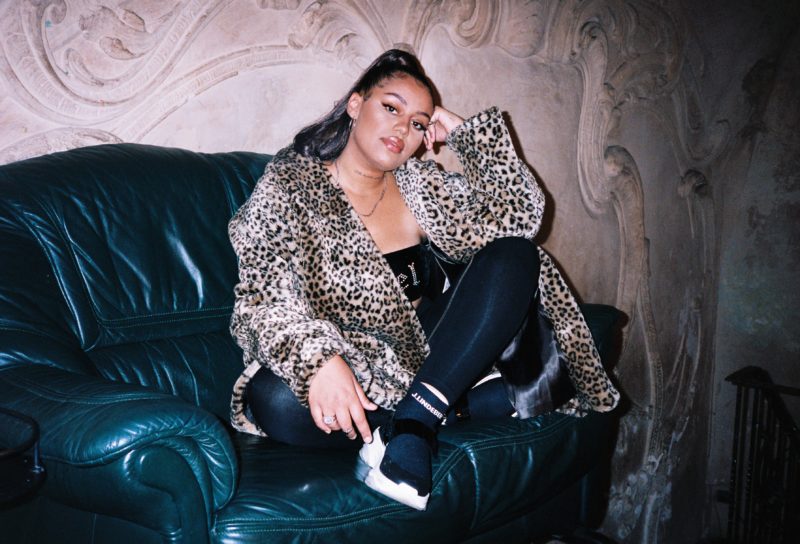 I was listening to the two EPs, and the lyrics on Bright Days aren’t super different in theme to the music on Dark Days, but the music is a lot more upbeat. Who Do You Love is kind of the most straightforwardly poppy song you’ve done so far. Was it always the intention that Bright Days would have a lighter sound?
Yes, absolutely. The thing with my music is that I don’t really want to make in your face music. I want to make music that’s like ‘I’m in the corner, I’m here, I’m cool, and if you want to come over and listen to me, you can listen to me’. For Bright Days, I just wanted nice, more poppy vibes, without it being too much. Sometimes I feel like I resonate more with Dark Days, and maybe it’s because that season is longer for me than Bright Days. I tend to listen to the same music from autumn until spring, and there’s only two months where I listen to bright, poppy music before I go back into the dark, R’n’B sound.

And so, what’s coming up in future? Right now you’ve put out a lot of music, and so you’re touring a lot. What’s the next step?

Actually, I’m not stopping, I’ve released a mix tape this autumn, called Brown Girl Diary. This is the one that feels most like me I think, reminds me most of the music I listen to on a daily basis. So it’s called Brown Girl Diary , as it has some political stuff in it. We made this whole tape together, and it’s more mixed in the sounds it has. But I like every single song, and I think they’re songs I would listen to on a daily basis.

Brown Girl Diary is out now on Def Jam Norway.