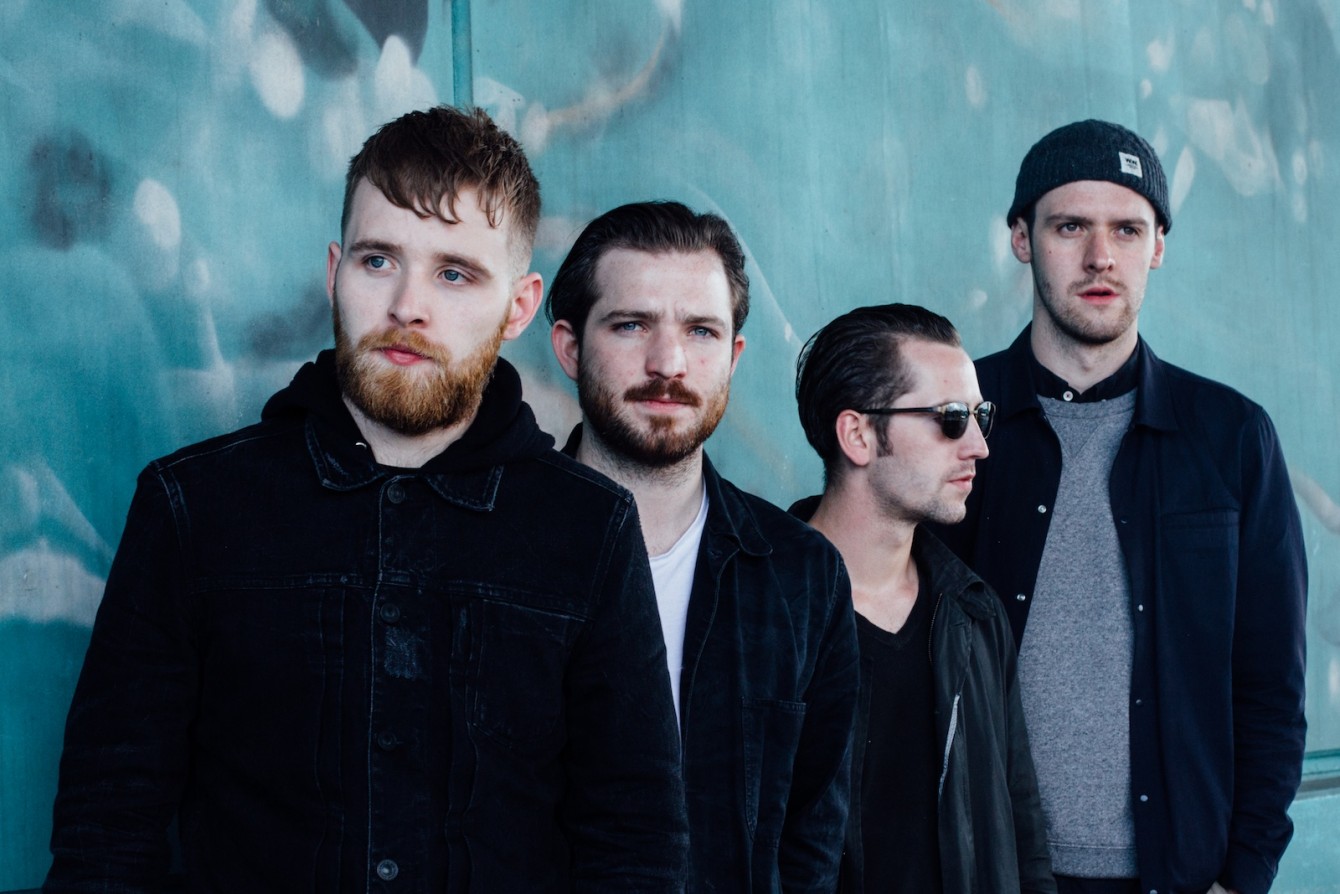 I’ve been following the trail of Scottish post-punk/ alternative rockers Holy Esque for the past five years and after a total radio silence for over a year I’m more than happy to have these guys resurfacing with a brand new single called I Am The Truth. And what’s even better? Yes, an entire full-length is also happening on June 8 and it goes by the name Television/Sweet.

Considering that their 2016 debut At Hope’s Ravine was one of the year’s best debut albums the stakes aren’t the lowest. I Am The Truth gives me hope that Holy Esque will ultimately succeed with that challenge as it delivers all of their former strength. Leading man Pat Hynes still sings as if it’s a question of life and death. He carries all the emotions while the rest of the band performs this heavy and intense rock anthem you hardly find anymore these days. Holy Esque are one of those bands that make the ugly sides of life sound hauntingly beautfiul and I surely can’t wait for more from the place where this is coming from. (Norman) 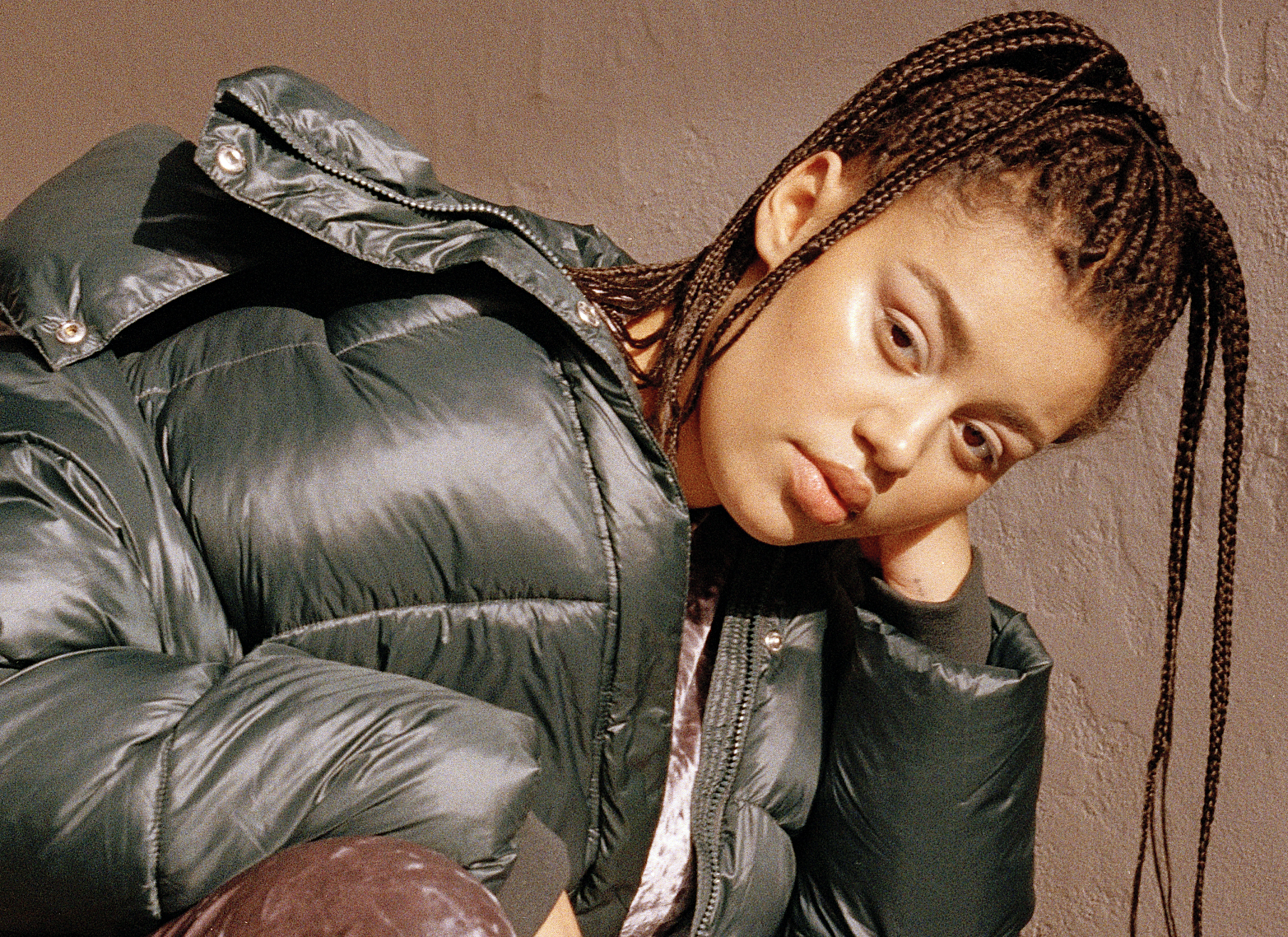 We’ve been excited about Lil Halima for ages – whispers about her have been rustling up and down the music industry’s grapevine for a while now, ever since she got signed to Def Jam off the back of some Instagram clips of her songs last year. So it’s exciting to be able to finally present her debut single, Abstract. The Norwegian is a multi-dimensional talent, who writes and produces herself, as well as doing her own single artwork and video, and Abstract is a fine showcase of what she can do. It sounds big – the electronics crunch and thud the song into life – but it’s also got a smooth, delicate groove, and Halima’s vocal soaks the song in soul. If the rest of her music is at this level, Halima will more than manage to live up to the hype. (Austin) 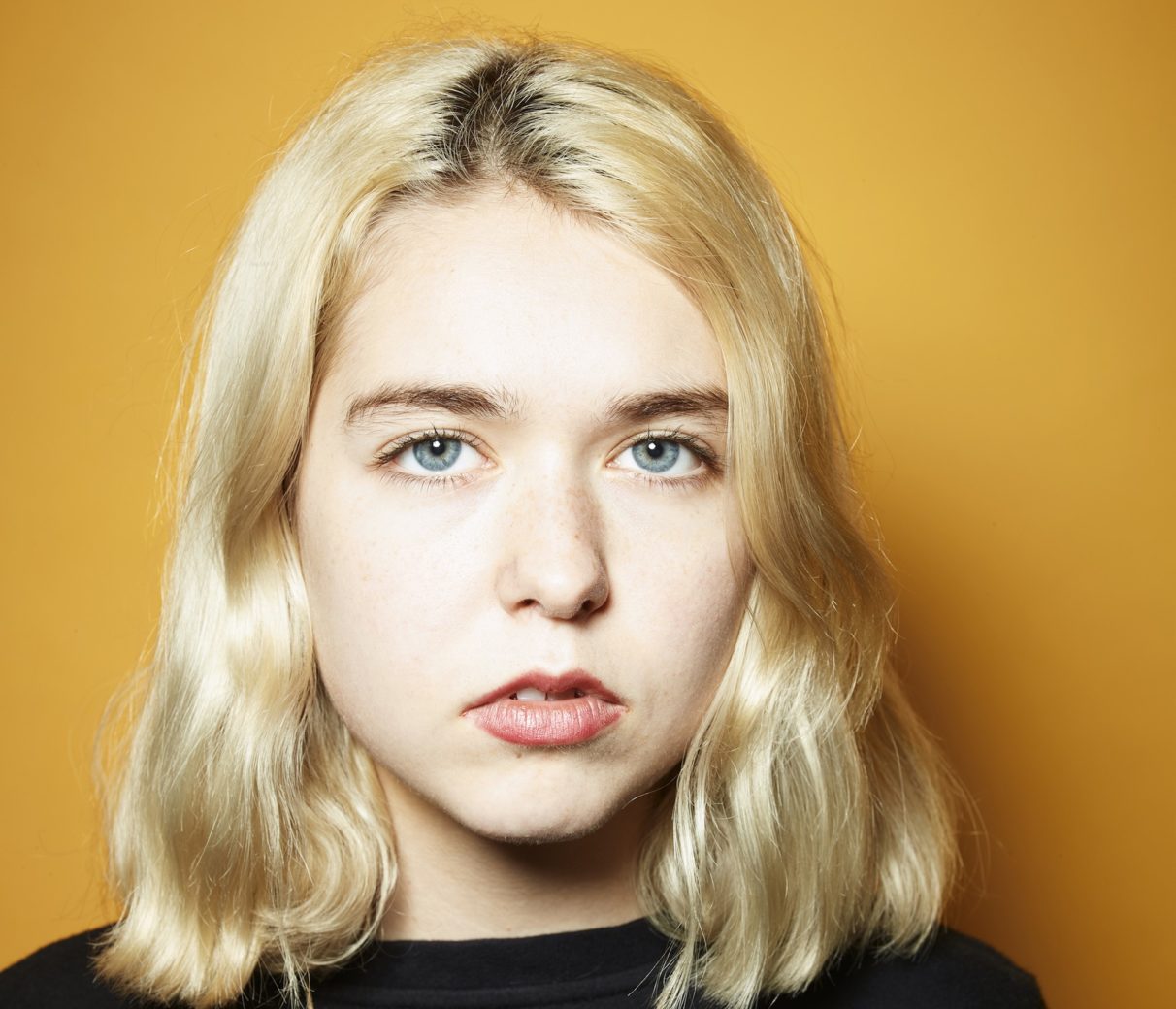 As we’re currently facing a quite intense actual heat wave, I’m really happy that there’s this unofficial anthem for it by the young lady everyone’s talking about … well, or least, should talk about. Since 2016, Lindsey Jordan from Baltimore aka Snail Mail delights us with wise indie rock songs about adolescent feelings (which actually don’t have an expiry date). Last March saw the release of Pristine, the lead single off her upcoming debut album Lush which is out on June 8 via Matador.

It’s a song about loving someone who doesn’t love you anymore. Heat Wave takes up that topic again: Feeling left behind by someone you care for but not being able to let go (‘Green eyes, what could ever be enough?’), missing that particular someone (‘Woke up in my clothes having dreamt of you’) but actually knowing that you don’t fit together (‘I’m not into sometimes’). And all of this is worsened by the lethargy of summer heat which is turned into full-blown energy in the accompanying ice hockey-themed video. Don’t mess with Snail Mail, kids! And don’t miss her upcoming debut album which looks like the perfect soundtrack for all the future heat waves that might be coming your way. (Jessi) 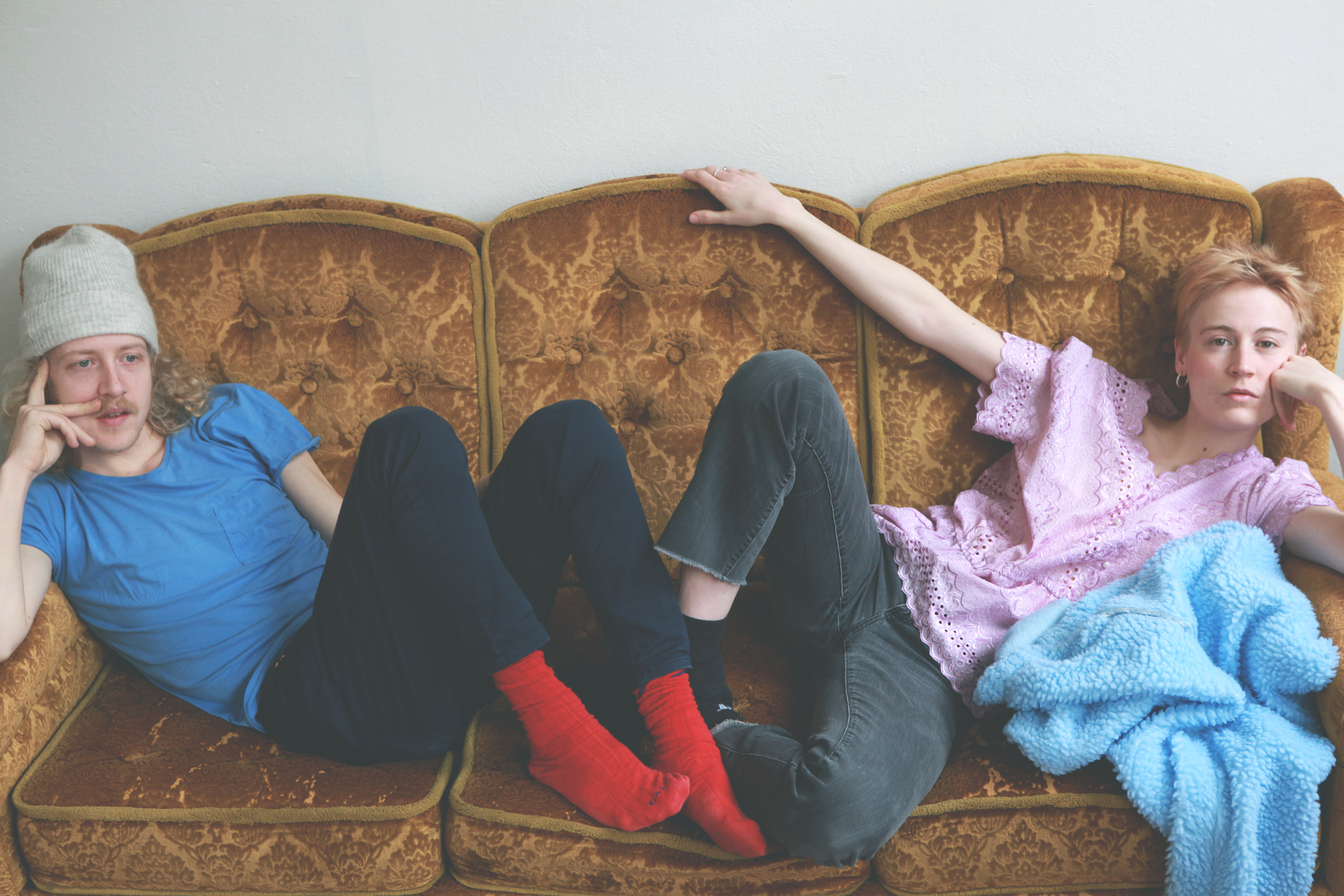 Pop oddballs Wildhart are back, but not as we knew them. Formerly a trio, they’ve returned after a two-year absence (which singer Ylva Holmdahl partially spent drumming with Holy Now) as a duo, and their new single New Beginning is our first taste of the reworked Wildhart‘s work.

So what do we learn from it? Well, it’s a more chilled, lush song than maybe anything they’ve done before, eschewing the acrobatic choruses of their debut for dreamy, graceful pop music. Holmdahl is a spectacular singer, but here she adapts a more restrained, relaxed tone, chirping ‘ain’t it sweet when the tears fall down’ as synths bubble softly behind her. Airy and breezy, it’s an elegant introduction to a new Wildhart. (Austin) 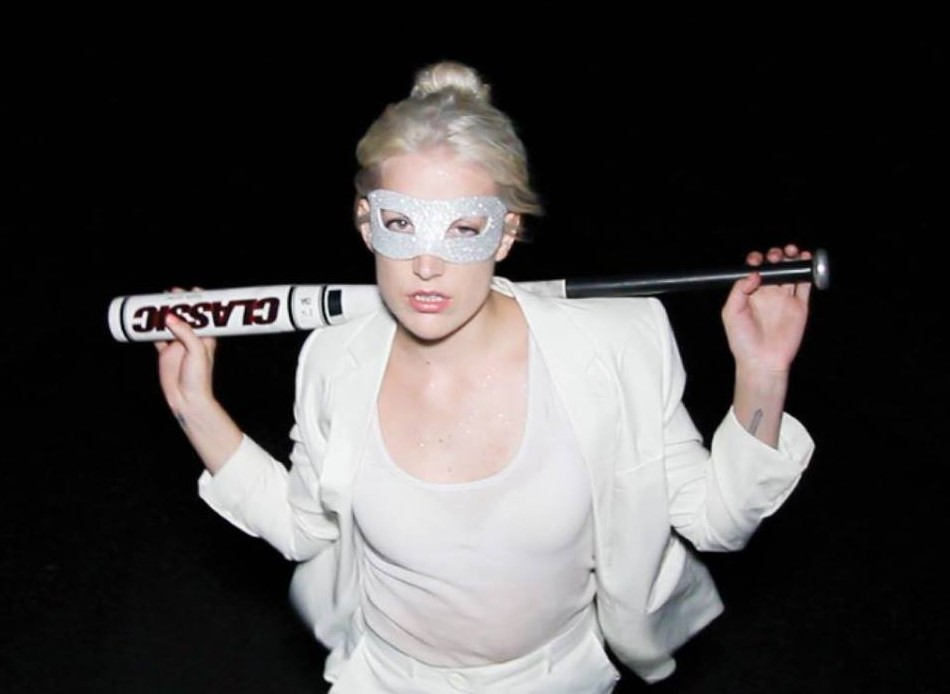 In retrospect it felt a bit as if last fall’s Sunset Everytime marked a clean goodbye to the psychedelic rock roots of Swiss artist Evelinn Trouble. At least if you compare it to the more accessible pop sound of her freshly released new EP Hope Music. Monstrous is a great example of her talent to change musical environments while keeping her distinctive style alive. There’s something infectious in the dark-twisted R&B vibe of this single and the puristic yet somehow intense music video underlines that pretty good. Evelinn Trouble is a truly excting new artist with an inspiring artistic spirit. If you are now triggered we highly recommend you our recent introducing feature with the young lady to dive further into the world of the girl with the ‘parachture attitude.’ You won’t regret it. (Norman) 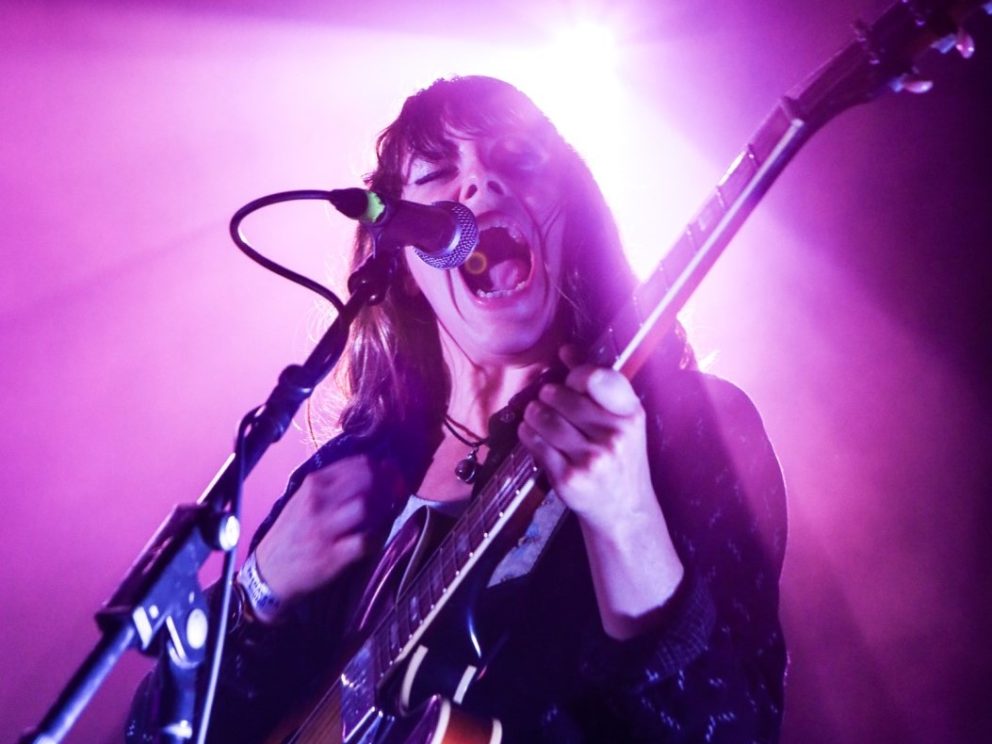