I highly anticipated this years edition of Primavera Sound Festival in Barcelona. Not only, because the festival never fails to impress in terms of its line-up, but also because it being the first major festival to set the Keychange initiative into action. The number of male, female and gender neutral artists in the lineup was equal, with female artists even outnumbering their male colleagues. All under this year’s motto ‚The New Normal‘. The vibe at the festival seemed like a glimpse into the future of such festivals, with realizing that you’ve mainly just seen female artists performing at the end of the day. And that without questioning the talent of female artists or branding this concept as marketing strategy. As Beak> and Portishead mastermind Geoff Barrow mentioned on Twitter, the festival was a safe environment to party and enjoy your favorite acts. With ‘Nobody Is Normal‘ the Primavera staff created a place to raise awareness against gender violence and discrimination.

Primavera seems like it’s succeeded where others have failed
Walking around last night it didn’t feel like ‘White Man’s’ festival
The most totally Mixed crowd I’ve seen in a cool & safe environment.

In the midst of the lineup, it was as tricky as always at Primavera to pick what to see and what to skip. Late stage times – with Slowthai or Peggy Gou playing at 4 am in the morning – eventually led to the disappointment of missing some of the top picks in the lineup. Indie darlings Snail Mail and Soccer Mommy proved that they’re not just made for small indie clubs, but also for the big crowds. There is also new material in the pipeline from both and it sounds wonderful. Just having announced her long-awaited debut album, Clairo presented her new material at the Pitchfork stage. With many sing-alongs in the crowd she showed how bedroom pop on YouTube can lead to touring the word, eventually.

CHAI from Japan transferred their stage into a Karaoke bar, and showed that the term Neo-Kawaii has many facades. Their charming and unique take on garage rock captivated the Spanish audience. With his album Safe In The Hands Of Love Yves Tumor became the darling of neo-glam rock/electro, a scene he shares with the likes of SOPHIE or Mykki Blanco (who also performed at Primavera). With his sparkling outfit and his full band he brought an eccentric and dazzling performance to the stage at Primavera Sound. 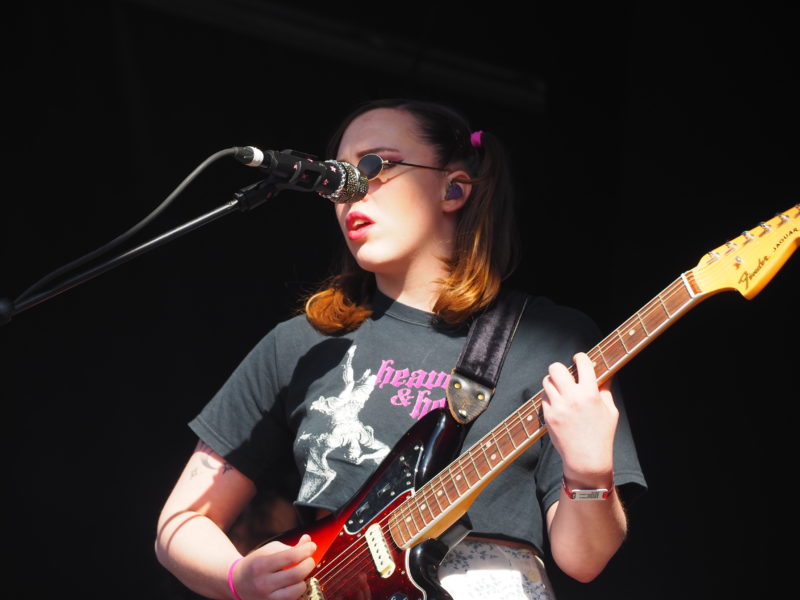 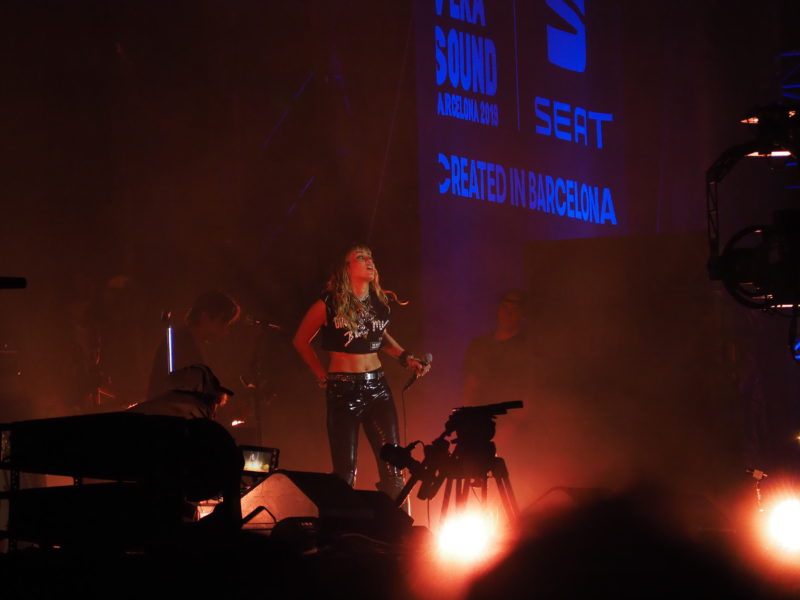 With festival cancelations have been an never-ending story in the Primavera vita (Migos, Frank Ocean in the past years), Miley Cyrus came to replace Cardi B on Friday night. After her provocative She Is Coming campaign being played on big screen, she enters the stage in a vamp-like outfit, big sunglasses and the surprising return of the Hannah Montana hairstyle. Yes, it might be entertaining to sing along to Wrecking Ball and Party In the USA, but that just doesn’t automatically turned it into for a good headlining slot, I’m afraid.

There have probably been years with stronger headliners, but this year’s performances on the two main stages have proved the main hypes: Rosalía and J Balvin . Rosalía probably had the biggest hype and most anticipated performance of the entire festival. With her modern take on flamenco, a lot of dancers and a surprise performance by James Blake for Barefoot In The Park, she fulfilled the high expectations. But even if you don’t understand a word Spanish (like me), the country’s biggest music export and is one to not miss out on. 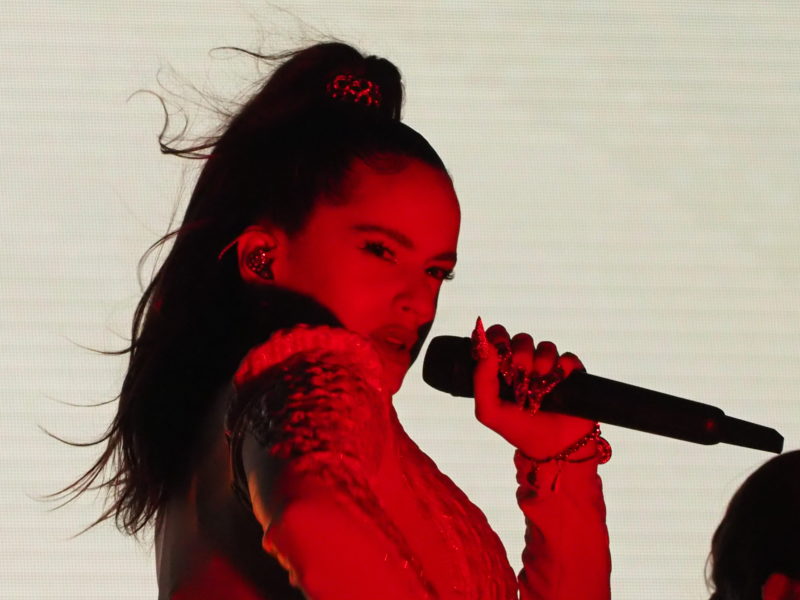 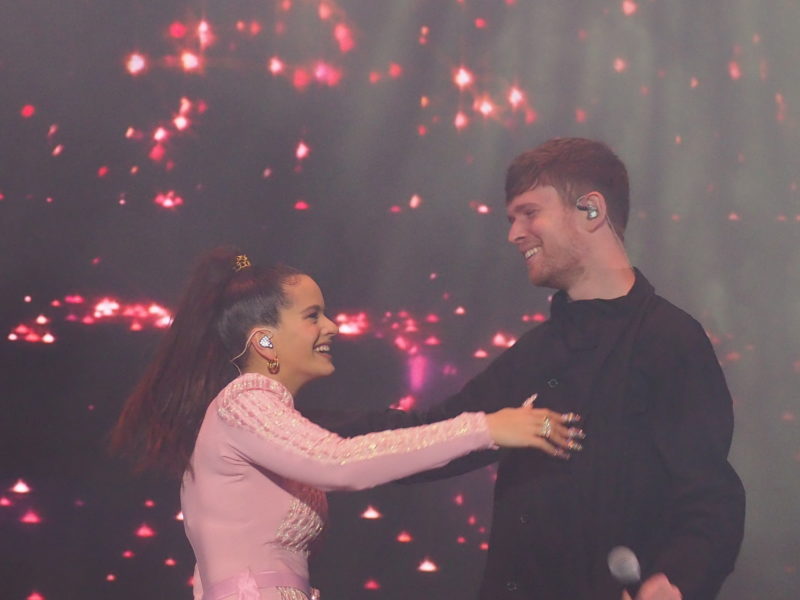 Visitors of Primavera Sound have criticized that the headliners have been too mainstream this year, but that only proved that Primavera cares a lot about this new festival/ music generation that defines the term ‘cool’ a bit differently. Charli XCX proved how the future of pop sounds like with her headlining set on Thursday, accompanied by Christine And The Queens, who performed earlier.

With James Blake, the bookers chose a very headlining slot compared to the others, especially compared to the previous performance with J Balvin‘s colorful Reggaeton party. Even though amongst thousands of people, it feels intimate, as he mostly presented the tracks of this year’s outstanding love album Assume Form with his band. Sitting at the piano, Blake might not seem like the classical headliner, but he delivers a stand-out set, showing that the new tracks sounds as good live as on record. While it might not had the same vibes as the Rosalia or J Balvin hits, it’s the perfect ending to a three-day-long fiesta. This year, Primavera Sound presented itself even more inclusive than before, with a line-up made for all age-ranges (there was even a stage for the little ones), representing artists from many nationalities. Most of all, it also showed that festival makers not booking women isn’t much of a qualitative choice, as they often argument. In fact, it was the women who delivered the stronger shows.

While other music competitors have to close down, Primavera seems to be one of the only festivals that’s still growing. With editions in Porto, Benidorm and next year Los Angeles, the bookers have their hands full of work. After all, the budget for Primavera Sound Barcelona estimates 15 million Euro. This is not just made possible by the ticket prices, but also by big sponsors, who are omnipresent at the festival. Nonetheless, it’s been a worthwhile experience and a milestone for gender-equal lineups. With next year’s exclusive performance by freshly reunited Pavement, we suggest to already book your ticket for 2020.