Year 2017 chose its victim wisely and prepared the image crash slowly: Taylor Swift’s newest musical release, Reputation, is an artistic effort to somehow clean (or wipe away) her old image and present a bolder, stronger version of herself – a young, independent woman. Scrolling through tabloids, there have been a bunch of things going on in the artist’s life, possibly leading to the damage of her good girl persona. On one hand, the singer’s on-going feuds with A-Listers filled yellow press almost every day. Power-couple Kanye West and Kim Kardashian cracked the singer’s sugar sweet credibility due to leaked phone conversations about the rapper’s Famous song, while a Twitter-rivalry with songstress Katy Perry has been enterntaining the crowd as well. 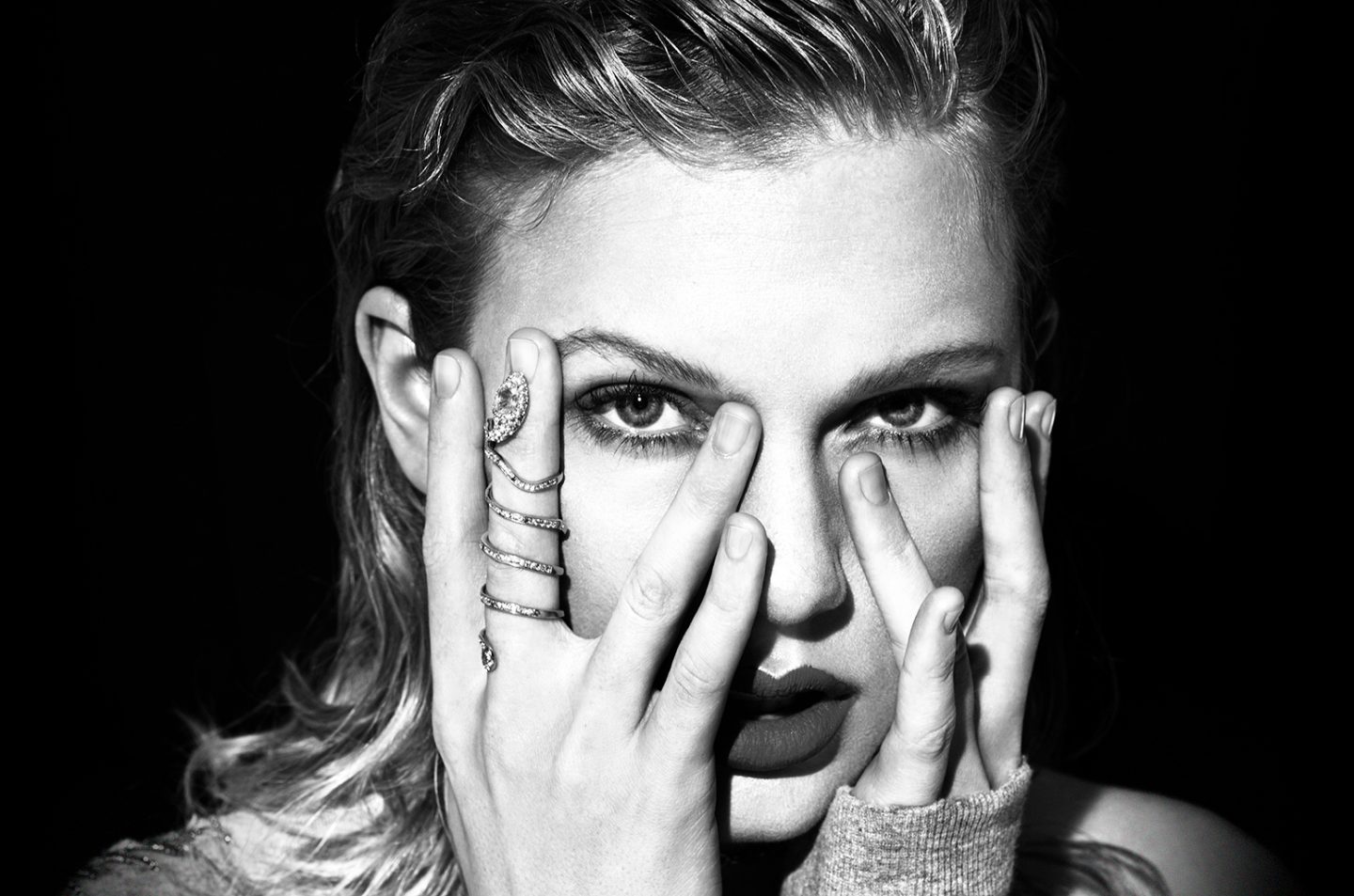 On the other hand Swift had to deal with political-touched affairs, like being entitled a neo-Nazi icon by white supermacists, which lately even targeted the singer’s new app. Headlines were filled earlier when trouble-maker Trump won the presidential election in 2016 and the singer did not show any hint of reaction or clear statement. Throughout all the incidents she kept mostly quiet, speaking out only vague via her social media accounts. Understandably, fans and media could not be more curious for her new musical material, hoping for some comments on all the political buzz.

In August the singer finally returned with her first single: Look What You Made Me Do. Interpreted as a revenge piece to all the famous haters, it shines witch a cooled-down sound and an ultimate glamourous video. Luxury pop served on ice. Despite all the fun something did not feel completely right about it.

Political struggles, right-wing demonstrations, terrorism – how can one of music’s biggest names not speak up about recent events in her home country when pretty much every other important mainstream artist did (to some degree)?

When Reputation hit stores on November 9, it was immediately confronted with identical reactions. Critic’s stumbled between praising the album’s production or Taylor Swift’s lyrical talent and criticizing her transition into a bad girl with no intention of a political statement. With everything bad happening in the world, the pop megastar seems to be once more interested only in her catfights, love affairs and image.

In contrast to all the negativity, Time Magazine named Swift as one of the ‘silence breakers’ and an active part of the #metoo movement. Note: in 2013 the singer was grabbed by a certain DJ David Mueller during a photo shoot, for which he was fired. Swift got sued for false accusations and countersued the man for 1$. She won in summer last year but never got the symbolic buck. While most of the audience applauded her action, others accused the singer of not being loud enough about it. Keeping the affair from her fans and public did not make her an actual breaker of silence. After being everybody’s darling for years, the singer somehow became everybody’s target. 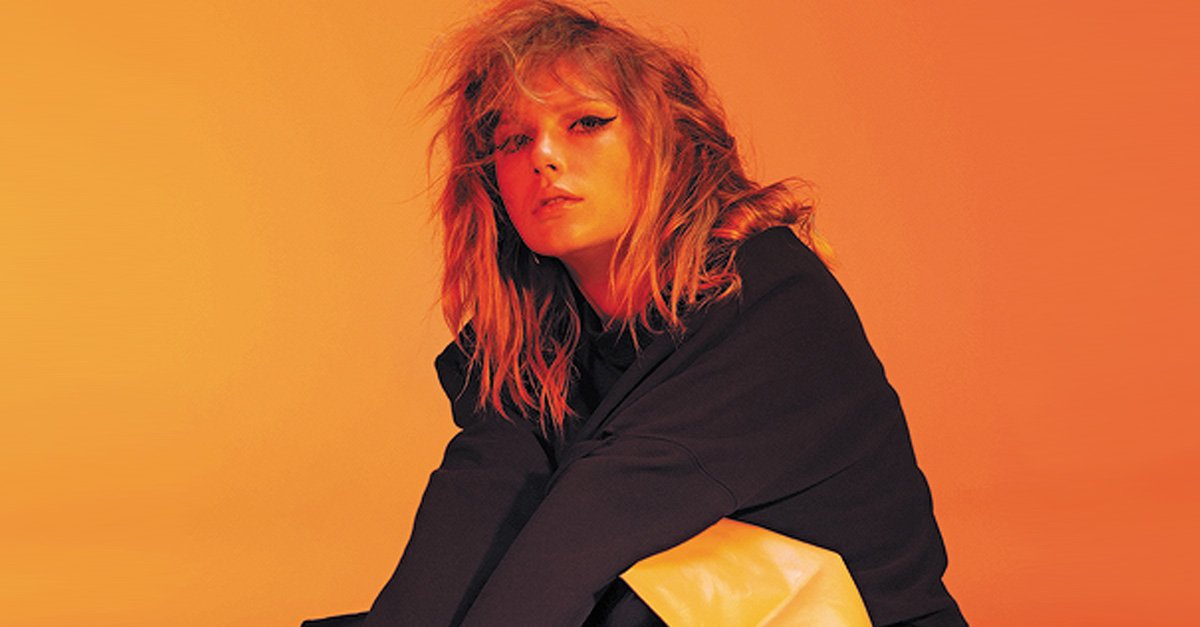 Lucky for Taylor Swift, all the controversy did not affect the sales of the album. With 1,2 million copies sold in its first week alone in the US, Reputation leaves 2017 as the most successful record of the year. Unfortunately for her, even this achievement is questioned due to a marketing tool which potentially manipulated sales. The exclusive ‘Taylor Swift Tix‘ system (powered by Ticketmaster) allowed fans to increase their chance to get tickets for Swift’s upcoming tour by purchasing a physical copy of Reputation and/or stuff from her new merch collection. The more you buy, the higher your boost for tickets. One can only assume how many little Swefties bought more than one copy of their idol’s album to get a chance to see her performing. Donald Trump would love that capitalistic approach which is as ruthless as it is consequent. But will the expensive entertainment cult she’s creating even financially allow her audience to purchase other tickets anymore? Well, that’s a different question.

With all the happenings listed above, we could draw a clear line of her reputation falling down the rabbit hole. And it seems like the only reason for that is the lack of comment from the singer herself. While major music industry colleagues like Beyoncé, Alicia Keys or Miley Cyrus among other female artists are positioning themselves clearly in the political debate, Swift keeps silent and continues with Reputation where her 2014 success 1989 ended: with cute, contemporary sounding self-referred pop about her love life. 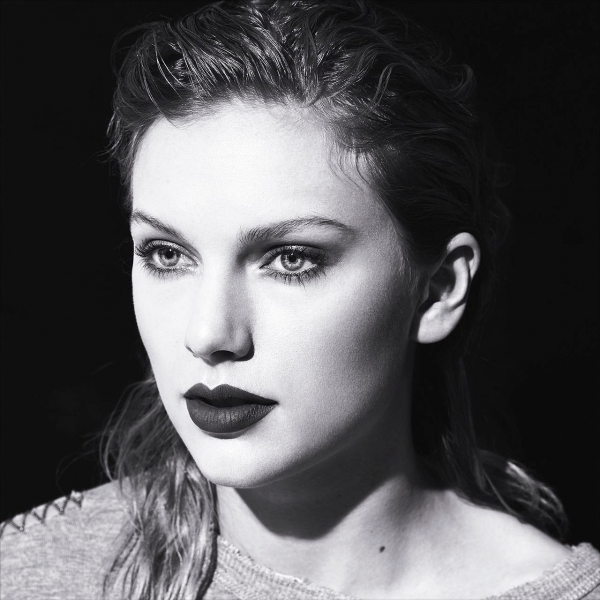 Her sixth album sounds definitely more decent and rougher than her earlier material, with a few pieces showing a darker side of the singer. Besides the first two released singles (…Ready For It? was the second one), the trip-hop-electronica I Did Something Bad stands out as the raunchiest track of them all. Songs like Gorgeous, Delicate or King Of My Heart are sweet and glossy – and that is what the album represents: another shiny collection of warm songs without any risks. Their intention is being fun, not being part of a bigger, serious conversation. The one about the singer’s love interests continues, if anyone but her is interested in it anymore.

The super extra deluxe version of Reputation (packed as a lifestyle magazine-sized item with paintings and lyrics from the singer plus a physical copy of the album as digi-pack to pull out by yourself ) shows an introduction letter by Swift . In it she wrote: ‘We think we know someone, but the truth is that we only know the version of them they have chosen to show us.’ Taking the quote by word, we probably found the solution to this debate about the new Taylor Swift: She shows us just the version of her she wants us to see. The girl with those great lyrical skills, a warm-hearted creature which has been betrayed by people, now grew a thick skin and is ready to fight back. That is more than ok and legit.

No artist must be pushed to go into politics, especially bubblegum pop ones. But in times where right-wing conservatives are again in high positions and terror ultimately arrived in bubblegum pop culture, it would be even more ok if a woman with a strong voice and millions of next generation fans would use her art to speak out about empowerment instead of looking for revenge due to some gossip. There are more important battlegrounds to fight these days and even her audience will sooner or later realitze that. Time to get over it, honey.