It has been six months since the outbreak Corona virus and the following lockdown spread across the entire globe forcing society to quickly change its habits and to adapt to ‘a new normal’ we still don’t know much about yet. Is this permanent? Is there a definite end date? Will we go back to how things were ‘before’ or will all of this result in something new entirely? Covid-19 has been affecting the majority of us and especially for the music and entertainment industry it’s a significant financial threat.

Over the past decade the changing ways of music consumption made the industry depend largely on analogue live events. A pandemic that strictly forbids large gatherings is pretty much a ‘worse case’ scenario. Although chances are looking good for concerts and festivals to reappear in 2021 we don’t know how much damage was done and in what way this will change the face of the live industry. Covid-19 felt like a catalyst for problems that were already lurking below the surface. Now they are obvious. The precarious way of living in the music industry is one aspect here, the dependence on live events is another. But in the wake of these more urgent matters people tend to forget about a resurfacing big issue here: the value of music and art in the digital age and the way our precious new streaming world is handling it. What’s the worth of music? It feels like an existential and way too big of a question but I think now is the right time to ask it especially since the “post Corona age” I clickbaitingly mentioned in the headline is still far from being here.

When the live music industry shut down, artists were forced to cancel their tours and festival seasons leaving their financial security up in the air. For smaller and medium-sized artists especially the independent sector there was a sudden urgency to compensate these losses. Since March various ideas have popped up, for example, live streaming concepts as creative ways for artists to pass time in isolation and away from stage. Which Death Cab For Cutie fan didn’t enjoy Ben Gibbard’s weekly studio sessions where he played old fan favourites? I surely did. Like many others, Gibbard wasn’t really interested in keeping the money for himself and decided to donate it. It was a great sign of solidarity in times of crisis. Later on, when the Black Lives Matter protests shook the US musicians and creatives looked for ways to support non-profit organizations. Quarantine-related releases popped up from Charli XCX‘s How I’m Feeling Now to Taylor Swift‘s folklore to plenty of other releases scheduled for the next months. While this is about passing time and remaining creative, it also is an economical question for many artists. More digital content to stream and to sell while the analogue revenue ceased – the inbox of NOTHING BUT HOPE AND PASSION surely felt a different over these past sixth months, and more than once I couldn’t shake off the feeling of overload. For the first time ever the notorious summer release break was cancelled and the focus on the digital output won’t go away anytime soon, I’m afraid.

But is increasing output really the right survival strategy in a society that’s already struggling with excess on so many levels? Isn’t the world already suffering enough from ongoing overstimulation? This summer Spotify CEO Daniel Ek famously said that artists should start releasing music more frequently instead of ‘only’ releasing a new album every three to four years. That will help them to get more plays. But obviously the notorious shabby payout rates of Spotify will be left untouched in Ek’s scenario. It shows a deeply cynical understanding of art (well, actually no understanding at all) and although a few artists spoke out against the Swedish entrepreneur, it did not change anything in the end. Supporting artists and the music is not the goal of Spotify. Instead, the platform is solely about revenue. By buying into that, the majority of the industry sacrifices the power of music to an exploitative capitalist system.

Streaming services got us all addicted, like a really tempting drug. Pay very little (or even nothing if you don’t mind the ads) in order to get everything comfortably delivered to your device and often curated by an algorithm that gives you exactly what you want (you just don’t know it yet).

Over the past decade labels and artists have adapted their business model to these new rules. Releasing 5 to 6 singles before the actual album is out is no exception anymore and if a guy like Bill Callahan even joins in, it can’t be that bad, right? Understanding this leads to another question – one about music consumption in general but we’ll leave that for another time. Of course, there’s also a benefit as music has become accessible in the way that everybody can easily discover artists with just a mouse click.

Like a few other artists Nadine Shah wasn’t happy about Daniel Ek’s ideas.

Bandcamp is not the solution (but a good start)

In 2020, the artists’ outcries for help have gotten louder and louder and Spotify reacted by briefly introducing a ‘donation button’ for the user. But this was yet another ironic move as the payout system remained the same. Bandcamp did a better job here in understanding the needs of the artist. Bandcamp Friday and their Juneteenth special helped to increase the already good reputation of the platform resulting in an overall praise by many artists and media outlets like The Guardian. Bandcamp might not be perfect and it’s unsure whether their current momentum will result in a sustainable system but it’s a beginning. Obviously, it’s hard to compare these two extremes. Major-label-fuelled Spotify is a streaming network. You pay for the access and the service – you don’t own the music. Bandcamp however is a market place for analogue and digital music (and merch) and not really a streaming service, although you can listen to most of the releases digitally without paying. It works as a preview for the potential buyer but the artists don’t earn anything from you listening to a record via Bandcamp, which surely is a point for critique. Despite its good reputation, Bandcamp still very much acts as a niche platform for dedicated music lovers and not the broad majority of listeners. Usually, you visit an artist’s page if you already know them. Clicking the ‘buy’ button is just a small step but it shows you that music (should) actually come at a certain price.

Back in May, my colleague Dayna Evans already asked whether ethical music streaming is actually possible under capitalism. I don’t want to spoiler her insightful article but the answer is; there is no easy way. The question about the future of streaming beyond the ‘new normal’ is not simply one about the services; it’s about fairness and value. It’s about questioning society’s understanding of art. In a fair world, Spotify payouts would not only be way higher than just a few cents for every hundred streams but the cost of the subscription itself would need to increase. Why only pay around 10€ for access to the archive of music history? Shouldn’t that be – I don’t know – at least five times higher? Paying a few cents for the eternal access to an album that took a year to make for the artist? It doesn’t feel quite right, doesn’t it? But it is not just about raising the fees, it’s also about changing the understanding of music. Streaming services like Spotify, Apple Music and Deezer made it acceptable again to pay for music after over a decade of post-90s wilderness in the World Wide Web where illegal downloads were en vogue for an entire generation (aka my millennial generation) and that is already an achievement. I think now is about time to take this notion to the next level. The discussion is overdue and Covid-19 showed to us that we need to have this talk right now.

Artists and labels have shied away over the past years, making arrangements for themselves by focussing on the live market. That deal isn’t working at the moment and when the live market will return, it will be even more competitive than before so we need an alternative. 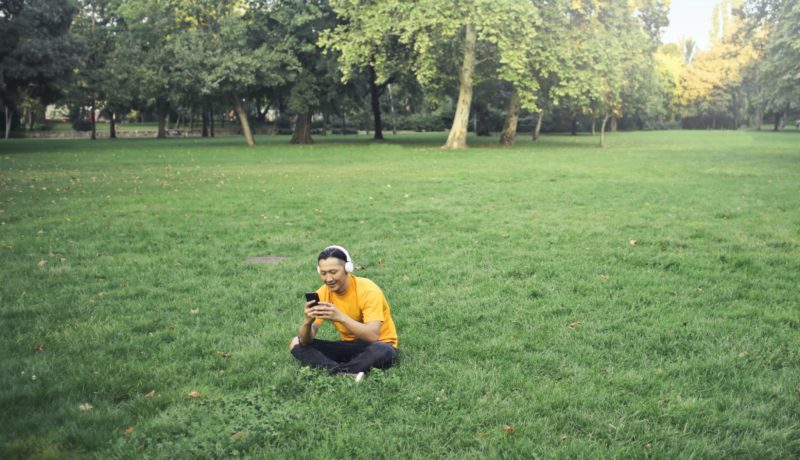 What’s the worth of music in the 21st century?

Not only do we need new ideas (like the really interesting ‘Stream2own’ model of the still way too unknown project Resonate), we also need artists to speak up, question the status quo, and change the system. Taylor Swift’s “rebellion” against Spotify a few years ago, was a nice start but in the end she just did it for herself and she has a privileged position in a system that favours big players. Musicians need to show solidarity with their smaller colleagues and they need to put pressure on the system. Will Drake, Taylor, Cardi B or any other streaming heavyweight stand up for art itself or will they concentrate on their own revenue? Indeed, the question is as ethnical as it is existential. Technical alternatives are nice indeed and empowering new Crowdfunding platforms like Patreon take the community-building concept of social media to a new more committed level but like Bandcamp, it only addresses the people that are already willing to give more to the artist than what the usual streaming services offer. We need transparency from Spotify, we need communication, and we need an honest sign of protest and solidarity from the industry and the artists.

There’s one thing we tend to forget way too often: Whether it’s YouTube, Spotify or other services; they don’t make the content and without the art they have nothing to offer. And without subscribers they got nothing to sell. In the end both sides (services and their audience) have to move in the same direction, one thing can’t go without the other. But it’s not the role of the audience to make that first move here.  And listen, I’m not against Spotify because I’m quite aware that NOTHING BUT HOPE AND PASSION and it’s lovely list of carefully curated playlists depend on the system as well. To me, it’s about offering alternatives and talking about fairness. It’s about thinking twice before clicking a button; it’s about questioning our way of consuming things even if it is painful. Yes, this talk is not comfortable; it’s challenging. But if 2020 told us one thing, then that leaving our comfort zone is not the end of the world but a necessity in order to make progress.