Introducing TWINS: A Soundtrack For The Dark Days Ahead

We’ve been following the excellent roaster of New York/ New Jersey-based label 2MR for a longer time now.  Mike Simonetti, Adam Gerrard and Mike Sniper have released many great artists on the label, for example, NBHAP favourite Kedr Livanskiy from Russia. With playing Berlin’s favorite post-punk venue Urban Spree in October, her labelmate Matt Weiner aka Twins came to our attention. With various drum machines, samplers and synthesizers he has been creating a synth-heavy sound from his home studio in Atlanta. His ‘outsider pop’ combines various genres from post-punk, acid, house, new wave to electro and EBM. Besides to making his own music, Weiner was also involved in running his own label CGI_Records and co-running DKA. His fourth album New Cold Dream was released in October via 2MR. Before his concert in Berlin in early that month, I met Weiner and asked him about sleepless nights, movie recommendations and running your own label. 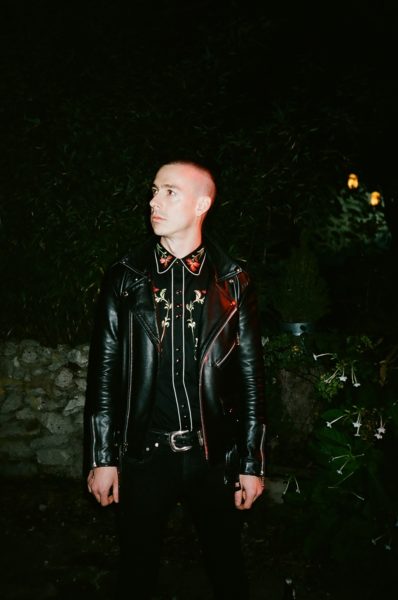 Your name is an acronym for That Which Is Not Said. Is that because people say that music speaks a language, where words fail?

I struggle to put my feelings into words a lot. If I didn’t have the release of music. I feel like I would be a much angrier person. There’s just certain feelings you have no other outlet for and so for me, it’s the healthiest way to express it.

You have your own label besides to being on 2MR, how does that work?
It’s not what I want to be doing anymore. I just want to focus on my own music.

Do you think there’s still a future in the music business for smaller labels?
I do. I just think you have to really want to do it. For me, it was it’s always been kind of a passion project. And I kind of lost the passion for that.

So you keep that passion for your own music?
Yeah, that’s what has always been there. And honestly, a lot of the reason that I started the label was to just be able to interact with other artists more. Because like in living in Atlanta, it’s easy to isolated from people doing the type of kind of music I am. It was a way for me to feel more a part of something, you know.

How did your cover version of Chris Isaak’s Wicked Game came into life?
I tried listening to one of his albums, and I was not into it. But I do love that song. My friends and I do a lot of karaoke, especially in the last couple of years and I’ve always liked covering that one.

What would be other Karaoke favorites of yours?
Mostly, Tears for Fears, Depeche Mode or Lana Del Rey. I just pull up YouTube and it’ll start suggesting stuff. Yeah, I’m pretty open to anything that’s within my range. I’ve learned to adapt things to my vocal range, which is a really good vocal exercise. Actually, it teaches you how to sing something with your limitations.

One of your singles is called Lie Awake. What’s your relationship with falling asleep?
Yeah, sleep has always been a very evasive thing. It avoids me. It’s always hard to get a good night’s sleep. Even if I do fall asleep, I’ll wake up like three, four hours later and then be tossing and turning. 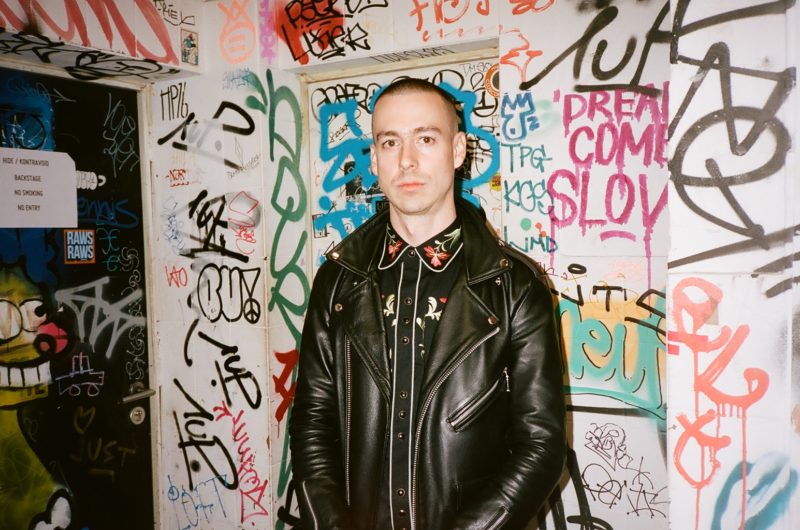 Do you try sleep routine tips or would you just try to stay awake?
Well, I mean, I will. I don’t have any tips. I still haven’t figured it out, honestly. So I just lay there until hopefully I either fall asleep or it’s time to start the day.

You’re album cover almost looks like a film poster. What have you been enjoying in cinemas lately?
I’m drawing a blank now because I haven’t watched anything in like a month just because of touring but honestly, I’ve been really into Star Trek: The Next Generation stuff lately, because I’ve never seen it as a kid and then I only recently started watching it as an adult and it’s very satisfying for me. I wouldn’t say it’s lwhat I draw inspiration from, but I like a lot of like, slow pace like Ingmar Bergman stuff, Tchaikovsky and stuff.I love like poetic cinema, but I’m not a movie buff, you know what I mean? I don’t devote a lot of time to.

So you don’t find time on tour to watch Netflix on tour ?
I didn’t even bring my laptop because it couldn’t fit in my bag. My girlfriend and I’ve been watching The Sopranos recently. Never seen that all the way through and it’s awesome. But no, I really I don’t spend a lot of time watching things generally.

You’ve recorded the album the coldest day in Chicago for five years. Do you have like any tips what to do on a cold winter day?
Wear lots of layers. Stay inside. Get a space heater. 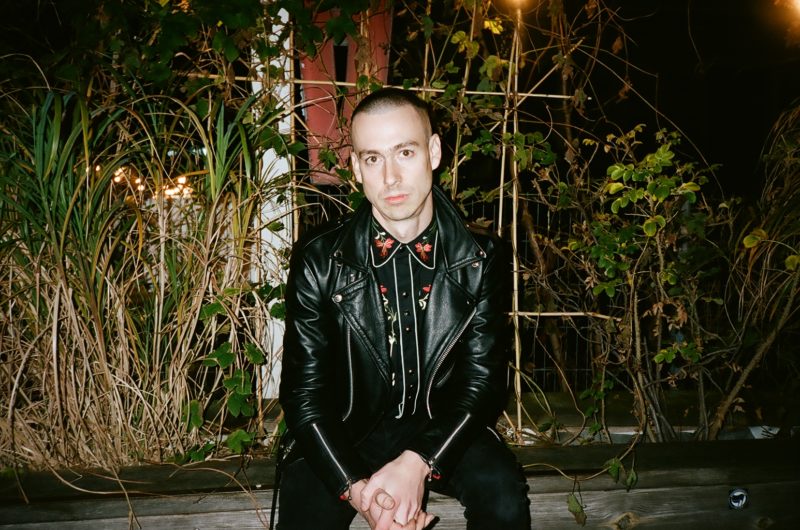 You can catch TWINS‘ latest music video for new song Misuse in our exclusive video premiere, so stay where you are! The gloomy industrial track was matched with a music video directed by Maggie Swain and reminds of us the pre-digital Videoclip era. Here’s what the director had to said about it: “The video is a chaotic day dream. Everyone is trapped in a world of enchantment slowly sifting their way out.” Enjoy this gloomy affair right here. 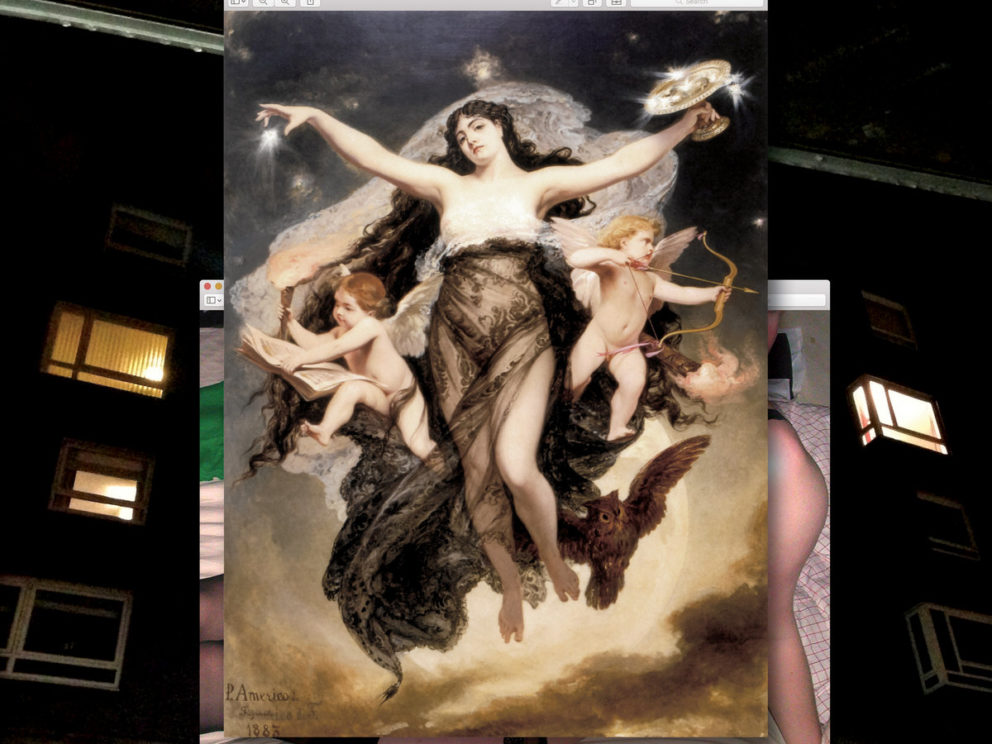 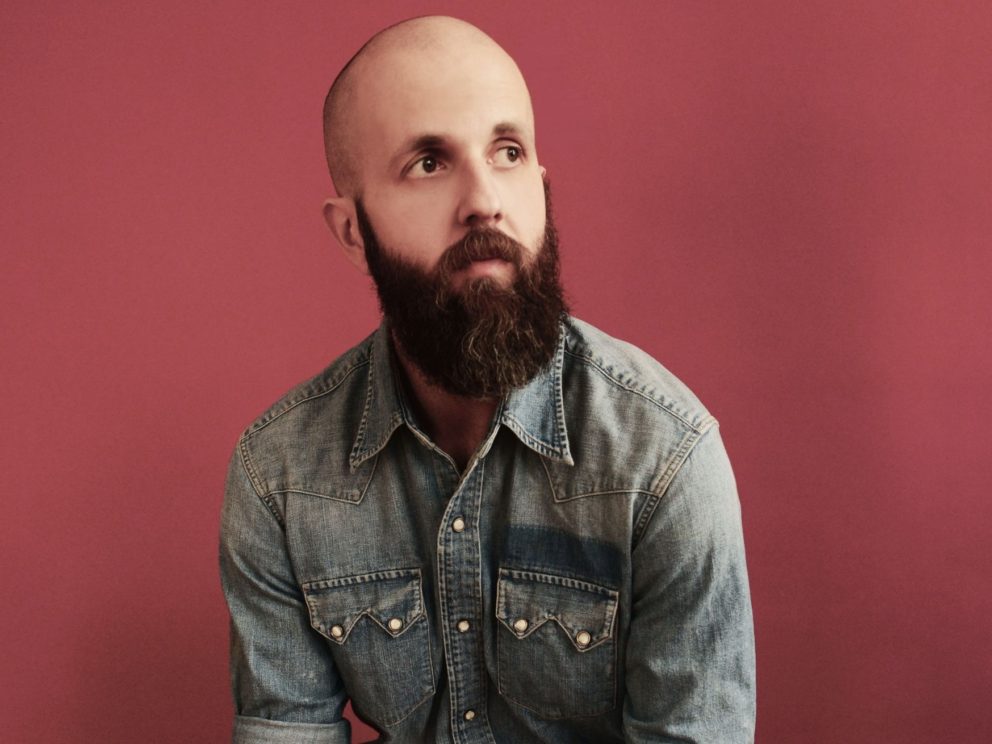 Does a broken heart heal easier with a certain age? Probably not. But there are other aspects that help to set things in perspective. The beloved bearded songwriter knows a thing or two about that issue and now has to face it again on his upcoming album, almost exactly ten years after the last time. Time for a reflection about the past, present and maybe also the future.