Swedish group Saigon (Siri Jennefelt, Linus Hillborg, Dennis Egberth, Oskar Carls) returned after a long hiatus earlier this year with a new album, IIII, a record that sounded like sound waves emitting from a world in collapse, a heavy, sprawling record of industrial noise mixed with moments of soft light. One of the more muscular songs on the album is Things Start Again, a relentless tsunami of art rock, and now they’ve come up with a video for that song, and we’ve got the premiere of that video for you right here today. The video, in which morbid shapes flow in time with the song’s stormy rhythm, was made by Ukrainian architect and artist Dana Kosmina, and we set up a chat between her and the band to talk about it, visual art and more.

So how did this collaboration occur? How did you both become aware of the other’s work?

Siri: When the album IIII was in the making, we started to talk about music videos and in the past, we’ve been doing mostly our own videos. But this time we came to the conclusion that we wanted to work with an artist. We wanted to give the music to an artist who then could interpret the music and make a video that could be something else, maybe more like a piece of videoart that could stand on its own.

Linus: Yeah. So we asked our friend Aleksei Borisionok if he had any suggestions.

Dana: And we found each other.

Siri: And then, Aleksei connected us with Dana, which we are so happy for.

For both of you, what were the themes that you felt were in Things Start Again? Dana, when you first heard the song, what ideas did you get from it?

Dana: I asked first of all for the lyrics to get it in context. This song puts me in a kind of tripping universe with undefined images, that I interpreted in the universes with the imaginary characters in the movement in spaces, that can remind us of some realist landscapes or architecture, but they are totally deformed.

Linus: The song was written a couple of years ago, in 2015 I think. Initially there was only the title, which was alluding to starting things up with Saigon again after we had a year off from playing. But eventually lyrics were added, which are very ambiguous, but I do remember them being written with a sense of dread with what was happening around the world and especially Europe, with diplomatic relations between countries kind of turning sour, the sudden rise of nationalism and far-right ideals.

Dana: I had a feeling of temporality, that everything is coming and passing so fast, a strong movement but also one with no defined result or end.

Linus: That is a very interesting interpretation and actually better than I would have put it. A sense of no end to tumultuous occurrences basically. Time, which just is there and we can’t do anything about it. That feeling definitely comes through in the visual work.

Siri: Yeah, the song also has a poetic layer, with lots of images.

Dana: I feel a conflict more that reality is not ready to accept all kinds of dreamers, and I tried to make them escape the ordinary entourage.

Linus: What do you mean by ordinary entourage?

Dana: Like hard reality that sometimes we want to escape. I had a feeling that this part of [lyric] “powder fill up pipe” is something about escaping reality.

Linus: I like that. It’s actually fun to talk about it, we didn’t really talk about the themes we had in mind beforehand, but we rather wanted you, Dana, to have your own interpretation of the song/lyrics. The results are great I think.

Siri: To me, the one who sings it, it’s nice because it’s so open, for me it gives a lot of pictures in my mind. Yes, I agree, its great!

Oskar: I think It was great fun to have been given another perspective on the song by Dana. For me, she gave the song another dimension.

Are there any similarities you both see in the other’s work, in terms of ideas, themes and inspirations?

Oskar: Maybe the ‘glitchy’ aesthetics could be found in both our work.

Siri: I don’t know if this is a similarity, but the architectural art that Dana makes, I think it correlates with Saigon’s music.

Dana: I like to play with creating imaginary spaces that are in between reality and dreams.

Linus: Yes, that correlates with what we like to do as well, especially on this latest album.

Siri: Yes, totally. I think the video gives the song a space and a landscape that you can hear in the music.

Dana: I agree totally with Siri!

So how do you guys see the relationship between visual art and music? How can they interact, and how can they add to each other?

Siri: It’s cool to give away the song to an artist, to see something completely new in Dana’s interpretation of the song, it’s like a gift.

Dana: I think that we are living in a time when people are so addicted to images, and music with video gives a special frame to song, when you are putting the viewer deep in the song context audio and visual.

Siri: I agree, it deepens the song. 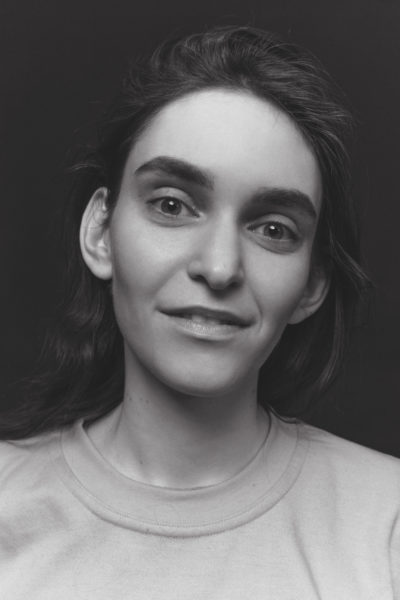 Dana: Just a song can awaken plenty of visual feelings, and video for the song can bring a special layer of perception. I liked so much how Berlin Atonal collaborates with artists to make the music event more different and full of emotions, just with lighting effects for the musicians’ performances.

Linus: Yes, for sure. I have some periods when I search for new music just through looking at the album art for instance. A visual interpretation of music can give another listener kind of a suggestion of how to listen, like ‘here is how this song sounds’. And even outside of a contemporary context where we are very addicted to images as you said Dana, I think that holds true. And the other way around. Some people are more prone to images, some are more prone to sound. Sound can give a person a way to focus on an image.

Siri: I agree, the visual aspect gives guidelines in how to perceive the music.

Dana: I collaborate only with musicians who have a cool vibe that I like. If I don’t have any feeling for the song so I can’t find any visual interpretation.

Saigon’s IIII is out now.