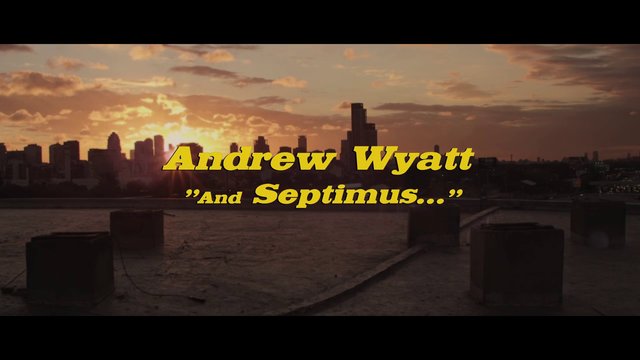 ANDREW WYATT, frontman of Swedish indie pop band MIIKE SNOW, unveils a video clip to And Septimus… . The song, far from sounding like a MIIKE SNOW track, is taken from WYATT‘s debut solo album Descender that was released last month. It was recorded with the 75-headed Prague Philharmonic Orchestra and featuring guest appearances from Anthony Rossomando (THE LIBERTINES), Brad Traux (INTERPOL), and John Herndon (TORTOISE).

The video, directed by Sebastian Mlynarski, shows WYATT entertaining himself and Buenos Aires, singing from a microphone connected to the longest cable known to man and celebrating the day inter alia with three boozy dudes. Watch the music clip to ANDREW WYATT‘s And Septimus… right here. Furthermore you can watch the Making of Descender below.