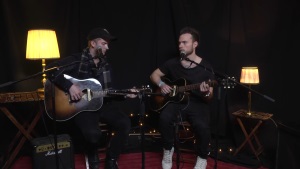 Freshly elected EBBA-winner ÁSGEIR presents his song Going Home in a beautiful stripped-down, session-version. During last weekend’s EUROSONIC NOORDERSLAG the young Icelandic songwriter not only earned one of the highly coveted European Border Breakers Awards (EBBA), he also found some time for a little session.

The song itself stems from the English version of his recent debut record In The Silence, which ÁSGEIR delivered with some translation-help of JOHN GRANT. With his first official recording Dyrd í dauðathogn, the 21-year-old landed a huge success in Iceland, which is why he decided to rerecord it in English. Take a glimpse at this magnificent song and see, why ÁSGEIR deserves all of the attention he recently got.