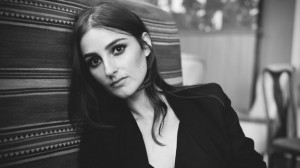 Promising American newcomer BANKS reports back with a new track called Brain. The song was produced with the help of SHLOHMO and provides just the right amount of darknewss we alredy enjoyed on last year’s Waiting Game. Recently the soulful singer also made it into the shortlist of the famous ‘BBC Sound of’ list for 2014. And while listening to Brain one can totally understand it. The debut album from BANKS is expected to be released later in 2014, check out the new material right now.