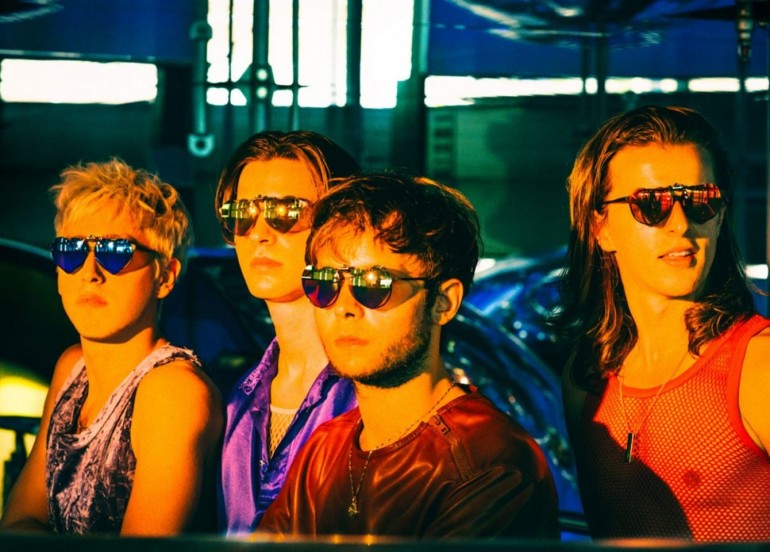 You all remember the catchy, experimental Austrian pop boys BILDERBUCH right here? Following the release of their 2015 LP Schick Schock NOTHING BUT HOPE AND PASSION already reported about the phenomenon which might also attract you if you’re not fluent in German.

Following a celebrated live tour the four-piece now reports back with the long awaited follow-up. Magic Life will be out on February 17 and judging from its first two tracks it looks as if BILDERBUCH go even more experimental and international with their next release. So far the band has already shared four tracks off the new LP.

The first single Sweetlove was a delicate ballad in the style of FRANK OCEAN‘s Blonde LP while the second new piece I <3 Stress is a bit wilder, packed with crazy beats, breaks and Anglicisms. A third tune from Magic Life arrived in the form of the soulful Erzähl Deinen Mädels Ich Bin Wieder In Der Stadt (‘Tell your girls I’m back in town’). The latest addition to the party is the way too funky Bungalow which sees the band creating their very own Get Lucky for 2017, it seems. Anyway, these are truly exciting times for the Austrian pop ambassadors – enjoy all the new songs below.