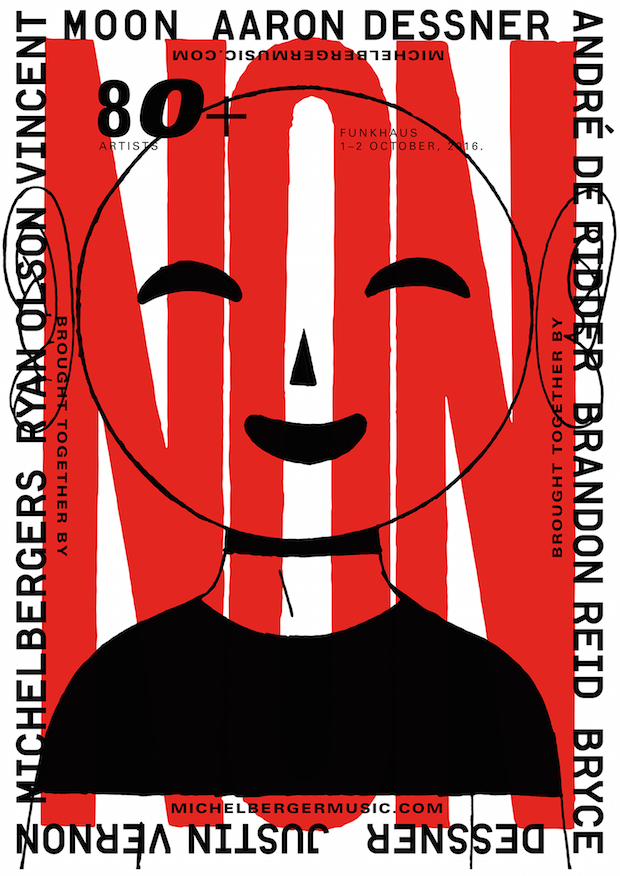 Germany’s restless captial is getting a brand new festival this fall and once again we can thank the Dessner brothers from THE NATIONAL for it. Together with Berlins’s Michelberger Hotel various artists like BON IVER‘s Justin Vernon, DAMIEN RICE, NILS FRAHM, ERLEND ØYE, BOYS NOIZE, WOODKID and many others are joining forces at the Funkhaus studios on October 1 and 2.

However, it won’t be a usual festival with seperate performances. The over 80 artists will spend an entire week prior to the performance together to rehearse music, experiment and create something together. According to the organizers:

‘Egolessness’ is supposed to be a guiding system for everybody taking care in this idea and the audience will not know what to expect when they show up. It’s about absolute creative freedom and a certain element of surprise. And it’s also ‘based on friendships and relations of people that have evolved over years and the desire to put something together’, according to the press statement. It’s a non-benefit event and every artist will contribute for free. The ticket prizes will also reflect the production costs.

Find a full list of the attending artists right here.

NOTHING BUT HOPE AND PASSION will keep an eye on that exciting event and its refreshing idea. In the meantime relive our previous interviews with s t a r g a z e mastermind André De Ridder right here or the one with Bryce Dessner from 2014 as well. We’ll keep you updated on any news.