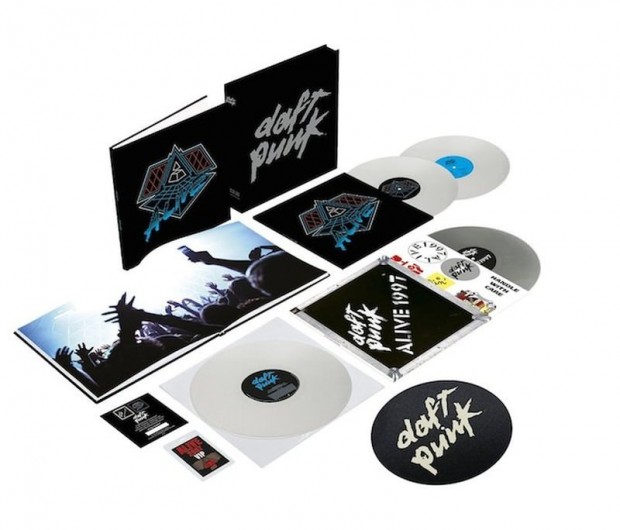 Although it is unclear yet on when to expect a proper live comeback of French disco experts DAFT PUNK, the duo is now teasing us with a re-release of their acclaimed live album Alive 2007. Seven years after its initial release, the compilation will be hit shops again in form of an epic vinyl set on December the 19th.

According to Mixmag the set will include two 180g white LP’s, a 52-page booklet, download cards for the album and the live for video Harder Better Faster Stronger as well as even the Alive 1997 record. We might even get a few surprising extras as well. The 2006/07 of DAFT PUNK has been the last one by the two-piece so far since they didn’t support last year’s Grammy-winning record Random Access Memories with a proper concert run.