Future Islands share video for ‘A Dream Of You And Me’ 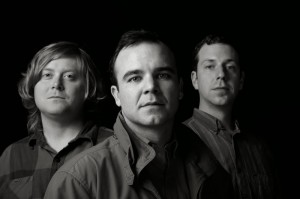 While the first video tells a story about American cowboys, the new one is a stop motion animation. Both songs are taken from FUTURE ISLANDS‘ upcoming longplayer Singles which will be released via 4AD on March the 24th.

At the end of May FUTURE ISLANDS will stop by to play in Germany at IMMERGUT FESTIVAL.

Watch the video for A Dream Of You And Me right here.