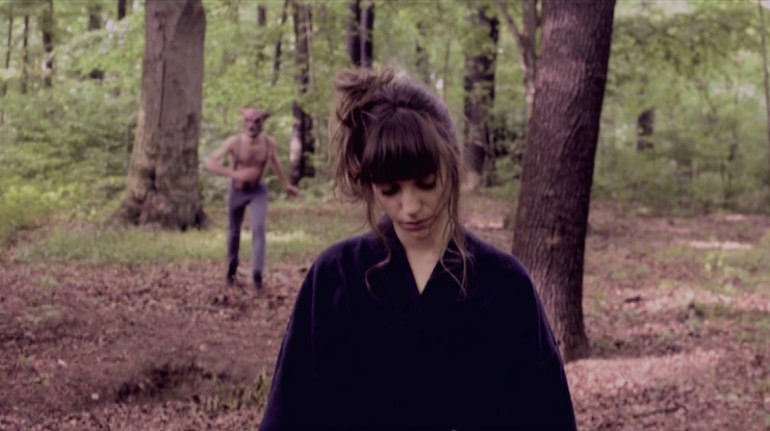 German synthpop/rock group IMAGINARY WAR have recently unveiled their new video for their song Made A Decision. The song displays the uncanny signature sounds of IMAGINARY WAR with aspects of melancholy tunes mixed with some sort of hidden anger. Definitely something to tease as to what is to be expected of the band in the future.

Shot deep in the woods, the video recounts a rather twisted and creepy fairy tale story – a little similar of Little Red Ridinghood – with a girl lost in the woods only to be found by a big bad wolf. The atmosphere throughout the video has a darkness to it, yet still has a sense of empowerment, leaving you clinging on to see what happens next. The video features singer and actress SARAH P. plus Petros Mandalos in the lead roles and was directed by Dimitra Mitsaki.

To let you into the thinking behind the song IMAGINARY WAR state:

‘It is about strong decisions and their comforting energy. Decisions for a special person, decisions that leave the bitter taste of an unknown future with no second chance, good or bad, whatever may come.’

The beginning of the year had IMAGINARY WAR release their song The Way We Feel. Made A Decision is now their second single off a forthcoming potential second album which might arrive sometimes in 2016. Learn more about the group in our infamous Introducing Q&A.