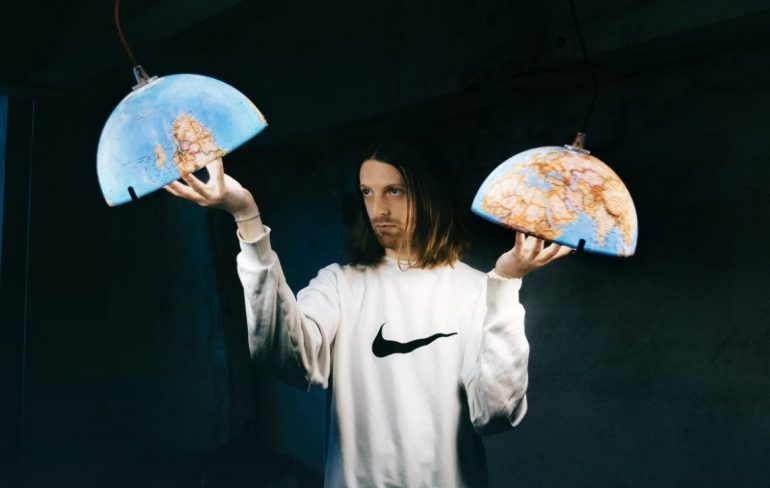 We’re kind of repeating ourselves here but this Austrian’s story hasn’t changed really since he first stepped onto our radar two years ago. It still applies that we don’t know much about him and what we know is what we hear and what he himself created as a narrative: After suffering from vocal cord dysfunction, INNER TONGUE was forced to focus on his music, excessively working on beats, harmonies and sound concept. Appropriately named, he let the INNER TONGUE do the speaking. Luckily for us, he’s regained his voice and released his first, Tz, Ka-EP in 2015. And then again: silence. But apparently, he’s been onto something.

Underworld is the first track INNER TONGUE displayed from his upcoming debut album and it arrives just in time for some sunny, summery vibes we get from outside. Dreamy synths, some twang guitars and a modest, psychotic euphoria resembling YEASAYER in their best days, add up to a really pleasant listening experience. And when it all comes down to the insight that ‘There’s water on the sun’, than who are we to resist this tune any longer?

As mentioned, there’s an album due. INNER TONGUE hasn’t been on hold, he’s been working, playing newcomer festivals like Eurosonic and now the world is ready for this man to continue where he left off two years ago.