Jack White about to finish work on sophomore solo album 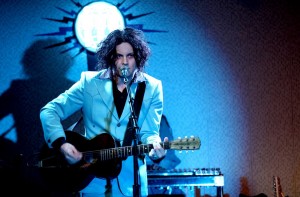 Fans of famous blues rocker JACK WHITE can expect the follow-up to this critically acclaimed debut Blunderbuss within the next months. As the former WHITER STRIPES-singer now confirmed in a Q&A via Reddit.com he’s about to produce and finish two albums this months as he ads: “One of them is mine.” While further details on his new solo album are still missing he will also release various stand-alone-singles by his band THE DEAD WEATHER, resulting in a new studio album in 2015. Here’s Mr. WHITE performing a track from his first album as we wait for the second one.

We’re happy to finally open a quality-packed home for good electronic music and we got one of the scene’s brightest new talents to help us with the launch. Colombian artist Ela Minus not only picked great tracks for the selection, she also takes us into the world of her magnificent debut album ‘Acts Of Rebellion’ which arrives this week via Domino.
continue reading

The buzzing newcomers deliver a catchy argument for the timelessness of British guitar music. Don't miss their new single "I See Your Ghost" on top of our newcomer playlist, along with exciting new picks by HighSchool, Joni, Laura Fell, Luca Wilding, Villa Rivercat and more.
continue reading