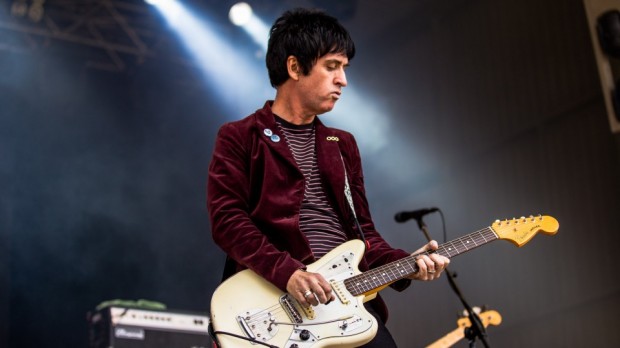 JOHNNY MARR, perhaps more widely known as the former guitarist of legendary Manchester outfit THE SMITHS, has announced the release of a new longplayer on October 6.

Titled Playland, the album is a highly anticipated follow-up to his solo debut The Messenger.  Composed to a theme of ‘songs that move at the speed of life’ and drawing heavily upon the urban landscapes of London and Manchester, Playland promises to further MARR‘s position as a highly influential musician in his own right.

In an interview with DIY Mag, MARR describes the transition into the second record as a seamless one.

‘When The Messenger came out, I kept on writing,’ he says. ‘I liked that the band had a momentum going on tour and a connection with the audience, and I thought that energy would be good to capture on the new record.

It was always my idea to be as quick following up this first album as possible… Even before I did The Messenger, I wanted this part of my career to just be quick, have some energy and not be too delayed… I just wanted to be in a band who work all the time; you do the shows, you write songs and you do it again.’

Playland is available to pre-order now, on iTunes and Amazon. Advance purchases of the album include a download of the first single, ‘Easy Money’, from August 16.