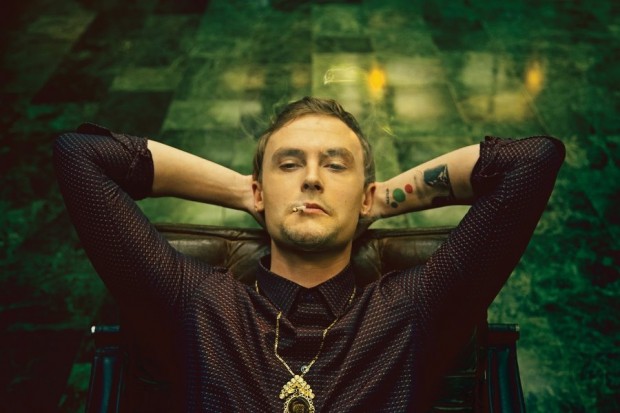 If an artist decided to make an album based on the concept of insomnia he’s destined to end up in NOTHING BUT HOPE AND PASSION‘s infamous ‘Sound of the Night’ category. British producer and FLYING LOTUS protégé Stuart Howard aka LAPALUX did so with his forthcoming album Lustmore. The follow-up to his critically acclaimed debut Nostalchic is set for a release on April the 7th.

And it looks like Howard likes to fight his lack of sleep with the studying of old film classics since Lustmore is mainly inspired by old movies. He states: ‘Whenever I think about the album I think about the bar scene in The Shining. There’s something about that strange, hallucinatory psychological madness that relates to the music, both in the making of the actual record and the way it sounds.’ LAPALUX is triyng to find the balance between Blade Runner and 2001: A Space Odyssey on the new record, it seems. ‘The idea of creating imagery and characters, storyline, and emotion’ is the main motivation for the producer as he explains.

A first single from the album, Closure, features London artist Szjerdene on vocals and creates futuristic R&B sweetness with a dark undertone. Luckily, it doesn’t put you into sleep but it really understands how to create a proper late night feeling. If you don’t believe us, listen for yourself right here.