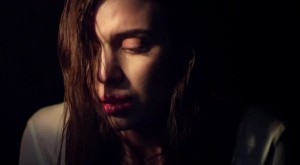 Swedish pop singer LYKKE LI shared a video for her new song Love Me Like I’m Not Made of Stone. The track ist the first song taken off her just announced new album I Never Learn which will be released on May 6 in North America and May 5 internationally through LL/ Atlantic.

The record belongs to a trilogy, including Youth Novels from 2008 and Wounded Rhymes from 2011 and deals with topics like womanhood and heartbreak. Watch the intimate video for Love Me Like I’m Not Made of Stone below.