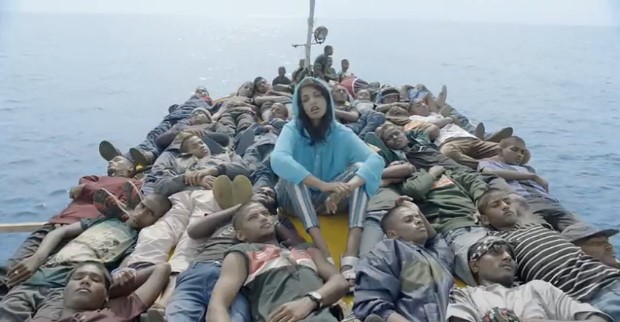 Following last week’s surprise release of her new single Borders, M.I.A. has now unveiled the official music video for the song. The clip, which M.I.A. directed by herself, is based around the current refugee crisis. The artist joins the people on the run as they climb fences, trying to cross the sea and also building human pyramids.

A lot of these things are happening in the clip and it’s closely related to the current events. The song itself is taken off the anticipated new LP Matahdatah which still doesn’t got a proper release date. Watch the Borders clip below via Apple Music.