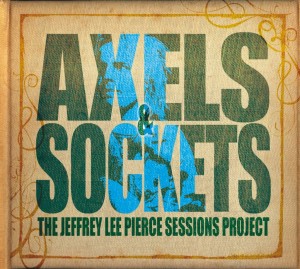 The compilation in honour of Pierce is called Axels & Sockets and it’s out today via Glitterhouse Records, featuring further contributions by PRIMAL SCREAM, Mark Lanegan and BLONDIE’s Debbie Harry. You can listen to Nobody’s City right here.