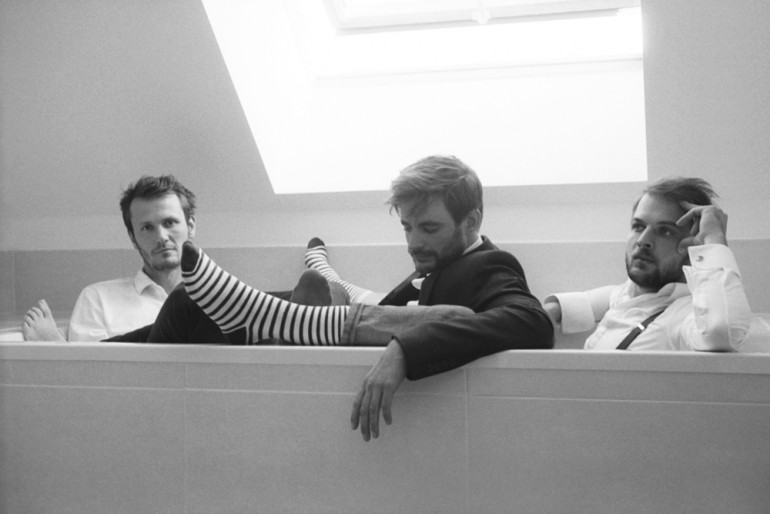 NONKEEN is one of the new projects that most excited us so far in 2016. Back in february, the band composed of NILS FRAHM, Frederic Gmeiner and Sebastian Singwald released their first album all together after years of jam sessions. The Gamble was an exciting project, mid-way between electronic and jazz, fuzing the best energies from both worlds. NTOHING BUT HOPE AND PASSION also had the chance to have a long and fascinating talk with the band, in which they described how their environment is designed to push forward lucky accidents. In the NONKEEN chemistry, nothing is really planned but is to be spontaneous – in their way to seek for a live, organic and groovy energy as in their way to assemble their albums and design their projects.

Therefore we weren’t surprise to see them announcing Oddments of the Gamble to be released on the 15th of July on R&S Records. This new album is arranged from tapes of the same recording sessions as the first one, but is drawing a story both different and coherent at the same time. The formation goes way deeper in the land of psychedelic music with this one, as if their sound had taken a pink-floydian path, with a more progressive spirit. They already shared a first extract out of it, titled Diving Platform. This is most certainly a good analogy for the sound of this second part of their project. At the same time, NILS FRAHM is being very productive with several projects conducted this year – mentions to his WOODKID collaboration, his newly DJ SHADOW collaboration and his free Solo Remains new EP.

‘Oddments of the Gamble’ – Tracklisting:

1. kassettenkarussell
2. told and small
3. the journey of hello peter
4. diving platform
5. people in dresden out for a walk/ reisegenuss
6. happy juno
7. back and forth
8. glow
9. world air
10. obviously algebra
11. the monkey in the machine
12. copy of crazy
13. schwertfisch