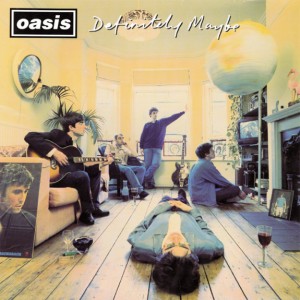 This May OASIS‘ legendary debut Definitely Maybe will celebrate its 20th birthday and the band has a special gift for the fans: a reissue of the 1994 record. The LP is remastered by Big Brother Recordings and will contain some rare and unreleased tracks. But that’s not all. Big Brother Recordings also plans to re-issue the albums What’s The Story (Morning Glory)? and Be Here Now later this year.

You can buy the reissue of Definitely Maybe as standard CD and digital download of the original album, as three-disc special edition including for instance demos of the songs Half The World Away and Strange Thing, as vinyl LP plus the bonus content as free download and as a deluxe box set featuring the LP and the CDs. Find the full tracklisting right here.

Hard to make a decision? You have some time to think about it. The OASIS reissue will be released on May 19.