‘Are you fucking serious? Of all the fucking tunes you want this one?‘ For a brief moment Noel Gallagher loses his cool and returns to his old ruffian habits. Some fan in the third row politely asks (aka screams) to play Step Out, the B-Side to Don’t Look Back In Anger. Noel hasn’t played it in 20 years and back then only once like he explains. ‘And you know why?’, he asks the guy in the audience, ‘Because it’s shite. I know that because I fucking wrote it.’ End of discussion. Enough limelight for the Mancunian legend today. Noel returns to what he does best: play his music, not in a leading role but as part of a group. And it feels as if his High Flying Birds indeed got bigger and bigger over the years. Partly there were eleven people on the stage of Berlin’s Max-Schmeling-Halle on that night. Gallagher just happens to be the guy who sings but he’s probably already working on a plan to outsource that job as well.

These observations sump up the dilemma of Noel Gallagher in the year 2018 pretty well. It’s impossible for him to shake off his own legacy but … damn, he would really love to. It’s a phenomenon I noticed at all previous shows of Noel Gallagher’s High Flying Birds at the same place as well. There’s a large number of keepers of this legacy available who prefer Oasis‘ undeniable past glory over whatever the heck the older of the two Gallagher brothers is musically up to these days. And that divide between past and present is getting harder and harder with every new release. 2017’s Who Built The Moon is Noel’s most progressive work so far, an adventurous step out of his own comfort zone and away from the 90s Britpop past. It’s a psychedelic, soulful dance album, inspired by 60s LSD pop, Spaghetti Western but also Manchester’s very own rave history. He already freed himself from the past in some way on the first two High Flying Birds records but the latest one truly marks his most radical coup yet. I mean, he can’t shake off his talent so the Noel Gallagher sense for Beatles-like melodies is still sensible throughout it but there’s not much space left for good ol’ fashioned Oasis Britpop in there. 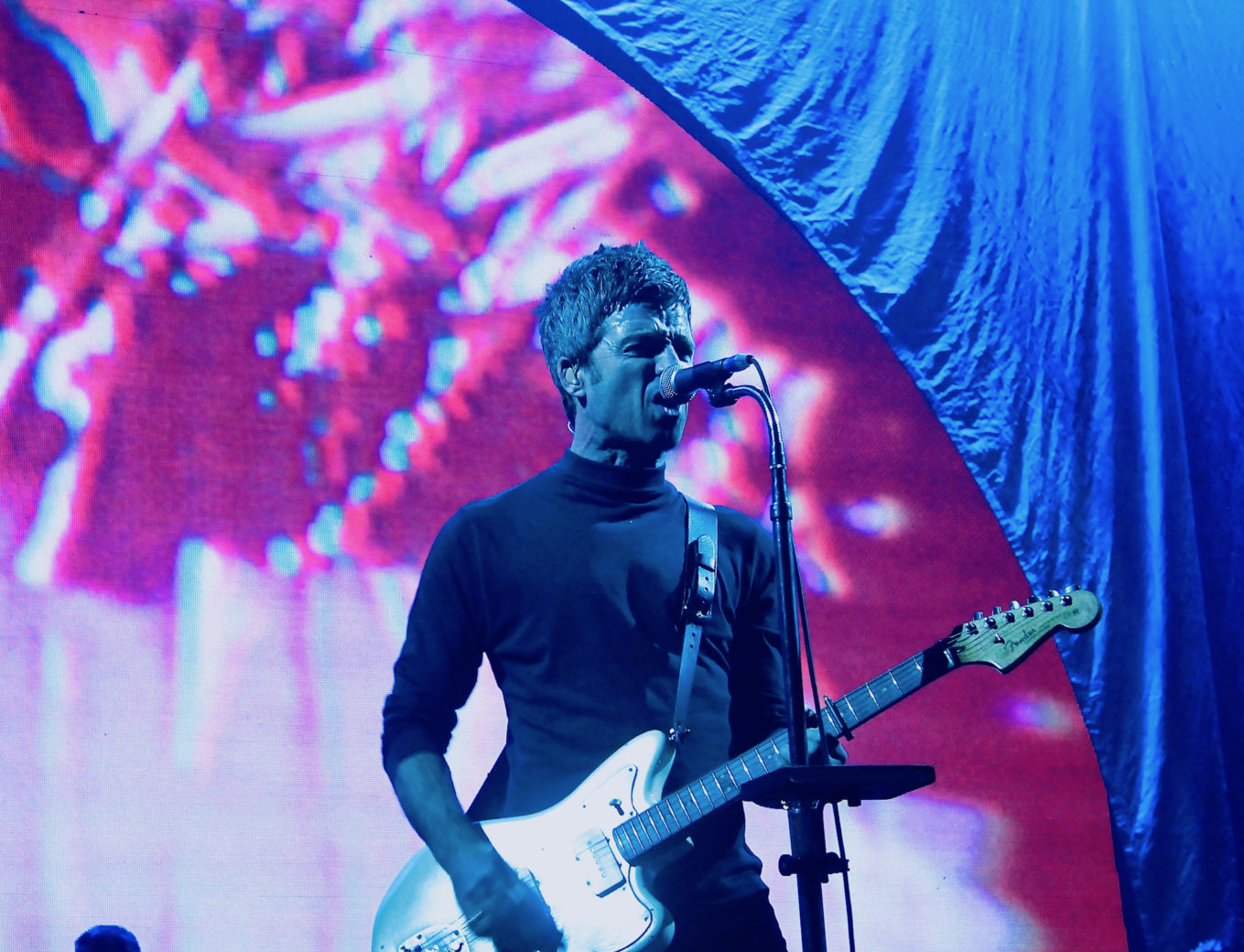 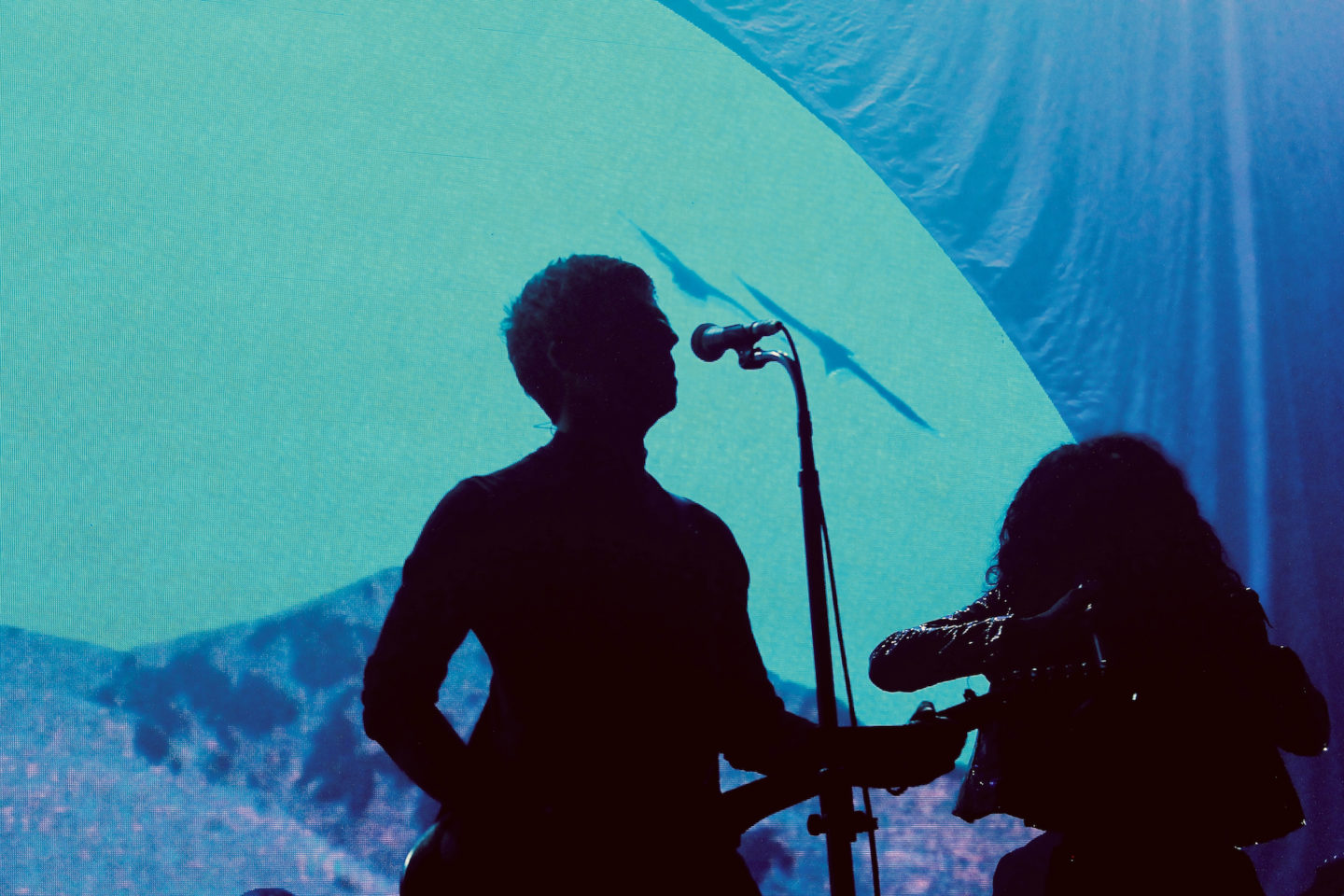 You especially sense that when he performs a selection of classics from his previous band on that night, mostly the ones he sang as well back then. But somehow tracks like Half The World Away and The Importance Of Being Idle feel a bit out place, despite their greatness. Noel is trying to react with his own legacy in a playful way. Go Let It Out sounds less dirty when Liam is not at the microphone and the infamous Wonderwall gets more playful verses to avoid a too obvious stadium sing-along. However, Don’t Look Back In Anger remains Don’t Look Back In Anger because… well, it’s one of the greatest songs in music history and there’s no sense in denying that. Plus people would probably hang him on the nearest street lamp if he didn’t play this one. And since the emotional connection is usually stronger with those tunes you surely can’t blame those two thirds of the audience. The other third however seems to enjoy that new sound as much as the old ones. If I Had A Gun, Riverman and Aka… What A Life are on their way to become modern Noel classics and so will the tracks of Who Built The Moon, even if they are less ‘in your face’ stadium anthems.

Accepting the unchangeabale (for now)

It was a way harder for Noel to fill the arena this time than on his previous tours because his exclusive right to perform the Oasis legacy isn’t exclusive anymore, now that his brother is a direct competitor. Liam‘s solo show in a smaller sold out venue in Berlin one month earlier has been a different experience, one that was closer to the past. It was a sweaty old-fashioned rock show with moshpit, stiff-upper-lip showmanship and all the energetic Oasis classics Noel isn’t performing. Liam’s solo debut As You Were was a less subtle attempt to revisit the traditional musical territory of his former band. Personally, to me, it felt a bit forced and Liam was surely playing safe with the songs on it… which might explain why he needed help from external songwriters. Liam was and will never be such a great songwriter as his brother, on the other hand Noel will never reach that level of presence his brother got. A while back I would have followed this observation with a sentence like ‘But they are best when they join forces’ but for the first time ever I’m not really sure about. 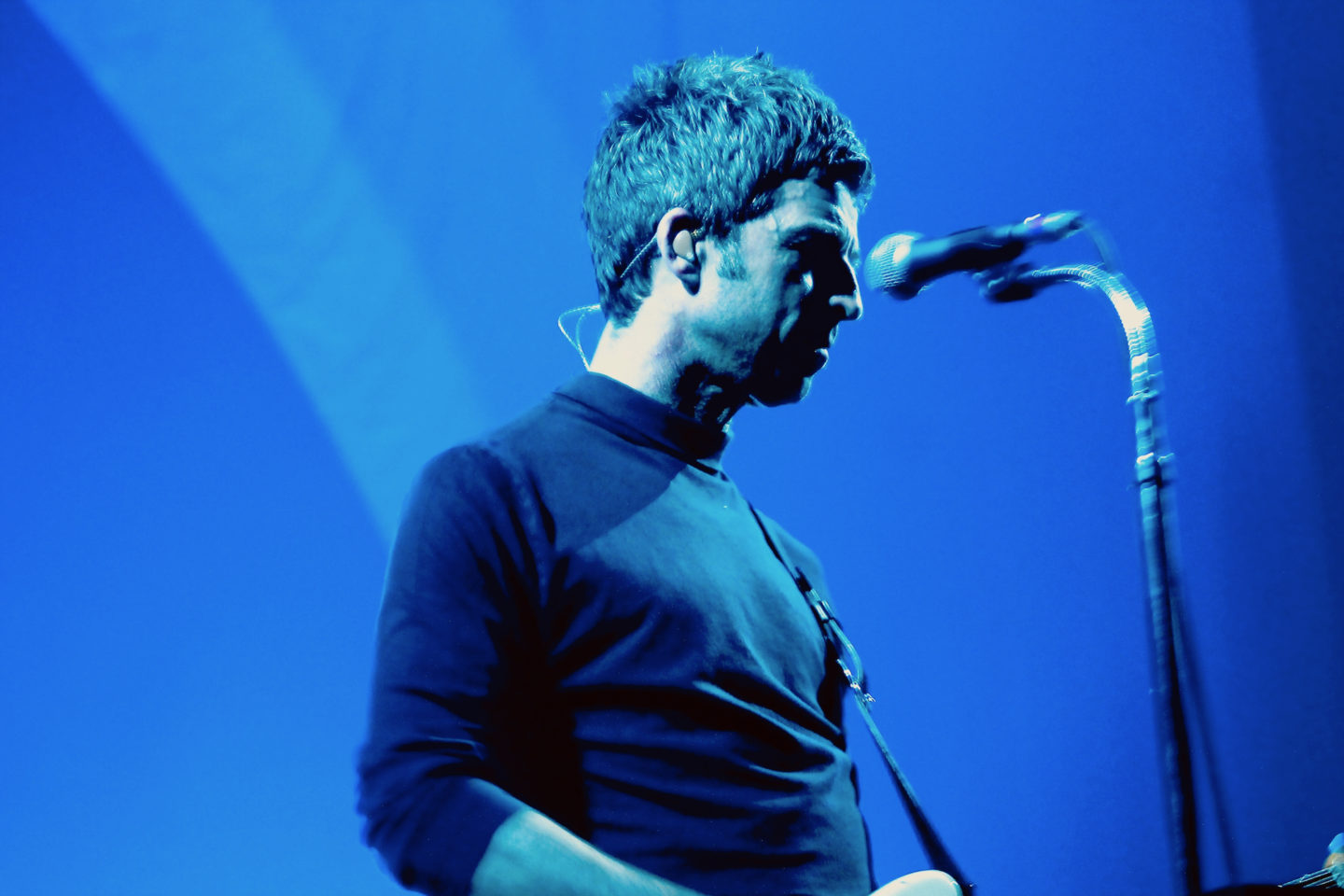 In the past decade after Oasis’ overdue split these two have moved into totally different directions. Liam relies on former strength and a simple yet efficient strategy. He wants to keep the old-fashioned rock and roll alive. It’s music for pubs, drinking lads and throwing beer cups. For Noel however it’s less about Cigarettes And Alcohol these days than more about ‘LSD and red wine, please’ (he’s wearing a freakin’ turtleneck sweater): He’s freeing his musicality from the limitations of Liam’s sound and attitude although I still think the younger Gallagher brother is way more adaptive than he wants to confess. He’s just too much of a stubborn big child. Liam might need his bigger bother more than the other way around. But here we are straight back at the old rivalry language. Maybe it’s time to get beyond this, to accept the unchangeable and let the past be past, at least to some degrees. It’s kind of ironic in that way that Noel ends the set with a cover of The Beatles‘ All You Need Is Love because that should stand beyond everything anyway. I’m 100 percent sure that – after all the solo tours and promotional battles – these two will get along in the end and we will most likely witness an Oasis reunion in the next years. For the fans, for financial reasons, for their own peace – who knows? It could be brilliant or horrible but it will happen; not for good but for a brief time. But the longer these two lads will continue their personal artistic progress the less I am actually interested in it and I happily invite all the other Oasis fans to join me in this attitude.

All Photos by Annett Bonkowski for NBHAP.com