It starts on the U8, as many Berlin stories do. The ambient sound of unintelligible chatter fills the first bars of the record by singer Rasha Nahas. The artist left her hometown Haifa five years ago and started building a second home, entering the local music scene and community in Berlin. Amrat امرات  is her first record released in Arabic. Split into two chapters, the urban and the rural, the album explores identity, space, and the in-between. 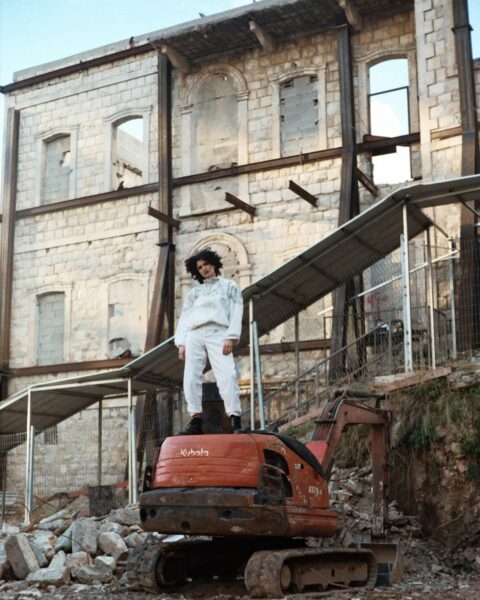 Sometimes I long for my homeland

Sometimes I miss myself

Sometimes I doubt my path

“One of the many functions of Amrat in my personal journey is reclaiming my space, my language, and my space in language”, the artist comments. The video to the title track, which translates to “sometimes”, discusses the feeling of belonging and non-belonging. It was shot in the abandoned Palestinian houses in Haifa and to the artist represents a reclaiming of the Arab identity of the city. Language is one of the tools to do that, she says, and in spaces occupied by Israel, the use of the Palestinian Arabic dialect is an act of resistance to the occupation.

“Being diaspora, I have my own relationship to my language. I think that is represented in the slang used on the record, as well as in my very specific use of metaphors in the songwriting.”

Divided into two chapters, the use of language echoes the different spaces that Rasha Nahas moves in. On the rural part, the songs are geared towards heritage, family, and belonging, and the vocal timbers swing in warm round Arabic letters. There is a tenderness to this chapter of the record derived from the acoustic setup of the instrumentation to the intonation of the lyrics. The first chapter – the loud and noisy urban spaces – uses the sharp edges of the language over electric guitars, violins, and darker instrumentation reminding more of the theatrical jazz-rock approach the artist pursued on her debut record Desert in 2021.

But it is not just the two spaces that shape the record. In between the two, there is a Third Space that opens up – citing Homi J. Bhabha’s term. “I think the space in between, or the third space as I like to refer to it, is mainly a space of comfort for me. I believe that very often, I am expected to identify or relate to specific binaries – being of my identity, gender, or generally being. And I think actually that the richness is in the non-definition and in the infinity in between. Amrat, for me, exists there.”

Breaking binaries, the video to Habbetek حبيتك (translates to I loved you) also grew from a space in between. It shows the artist in a group of people, moments of community and alienation visually side by side. Directed by Julian Reich, and produced by Lorena Junghands, the video features ENANA, Blue F., and Ramez Melhem.“The video represents the love that exists in the spaces in between, of being both present and not present, in being both happy and melancholic, in both, states of arrival and departure.”

As much as Amrat امرات is a record of a personal journey, it is always tied to a sense of community like in the video. To Rasha Nahas, “community, responsibility, and artistry are preset and reflected in Amrat.” It is a record bringing together artists from the Arab world and its diaspora. It features musicians like Terez Sliman and Egyptian singer Dina El Wedidi. Recorded in Arabic language, it enters into conversation with and beyond the local Palestinian art scene. Music and art have always been a tool of resistance, of finding community, of reclaiming space, and of representation. And while releasing music as a Palestinian artist in the diaspora talking about identity and belonging will always hit a somewhat political note, Rasha Nahas prefers to refer to herself as a “radical musician” rather than an explicitly political one. Recording her album in part of the Golem Heights (Israeli-occupied territory) the record, like the artist herself, has grown from the need for resistance to the occupation and to a government, which makes daily existence a struggle.

“For me, being radical goes back to the Latin work “Radix”, which translates to “root”. I try as much as possible to be rooted in my being and always bring all that I am in the least I do, while hoping it reflects in what I do and in the impact of it.” 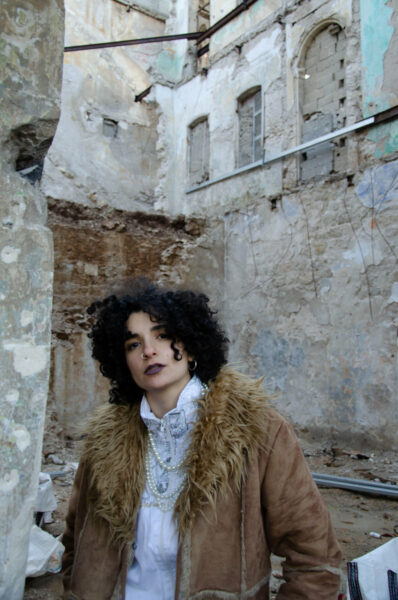 The narrative of Amrat امرات continues that story. It digs down to the root of Rasha Nahas’ identity and allows it to be in all its facets breaking the narrow definitions of stereotypes and binaries. And it does so with the effortlessness of an artist who is not trying to be anything but herself in the fullest bloom. In the freedom and comfort of the in-between, Amrat امرات finds space for radical self-representation and definition. It bends genre like the artist evades Western societal binaries and stereotypes. Ya Binti يا بنتي (My Girl) is one of the most striking examples of this in-between. It bends linear concepts of space and time and enters into a conversation with the artist’s younger self.

“The album traverses the boundaries between East and West, but there are also spaces in-between. Those “third spaces” have an element of freedom and these all flow throughout the melodies and narrative of Amrat.”

The sometimes, the somewheres, the in-betweens, the arrivals and departures all at the same time. Rasha Nahas forms bridges and makes room for the parallel existence of identities and spaces, carving her uniquely own niche. Commenting on whether “Amrat” as in  “sometimes” has a positive or a negative connotation for her, Rasha laughs and says: “Today I think it’s positive. Ask me another day, and it might be a different answer.”

My feet step in the west, my heart’s in the east (excerpt from Khotwi خطوه)

Amrat امرات is out now via Cooking Vinyl. Listen to it on Bandcamp.

Every Monday, the NBHAP staff brings an exciting new artist to your attention alongside a 30-track-strong Introducing Playlist on Spotify. Feel invited to follow the playlist and give these talents a spin.

This time, we curated the playlist together with Rasha Nahas. Featured artists from the contemporary Arab music scene include Haya Zaatry, DAM, and Tamer Nafar. Tune in below. 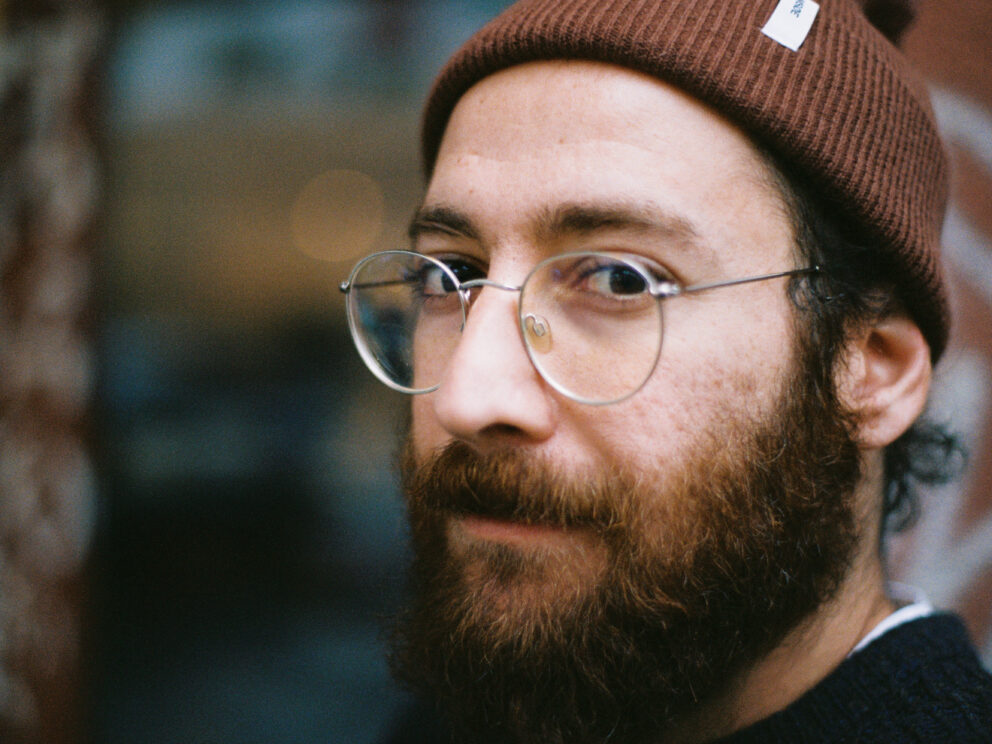 Between Monologue and Polylog: In Dialogue With Yousef Kekhia

The Berlin-based musician Yousef Kekhia just released his sophomore record "Polylog". It follows the introspective "Monologue" but turns its gaze outwards. Influenced by conversations, encounters, and exchange the record is a fluid piece of music opening doors and asking questions. We met the artist to speak about his music and he curated a "Beyond Borders" playlist update with his personal favorites from the contemporary Arab music scene. 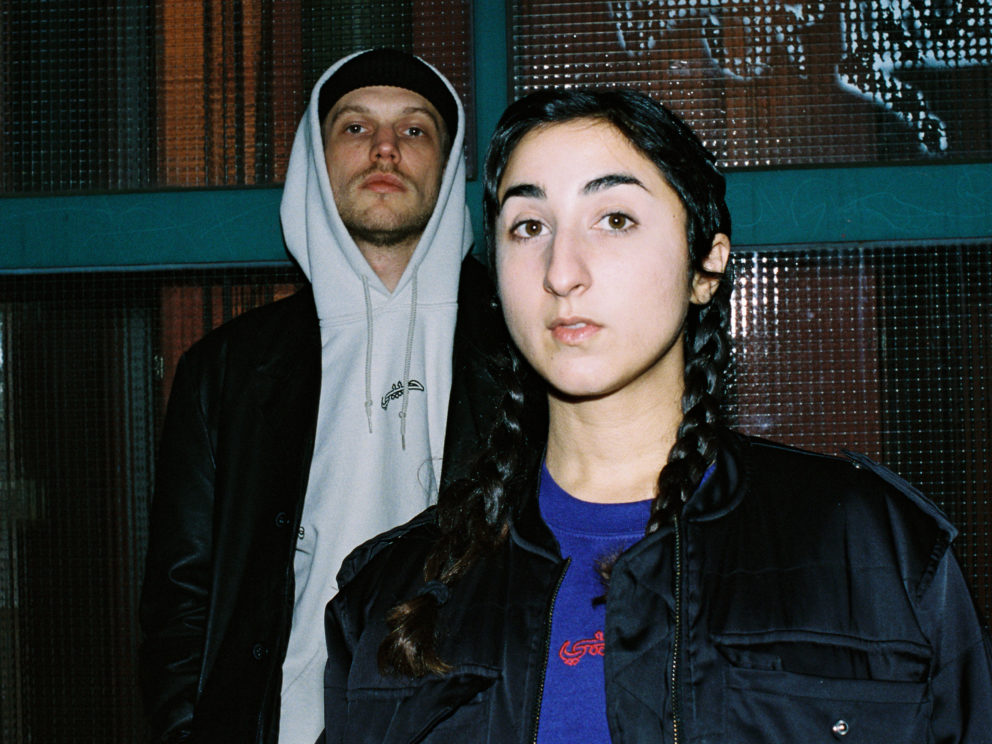 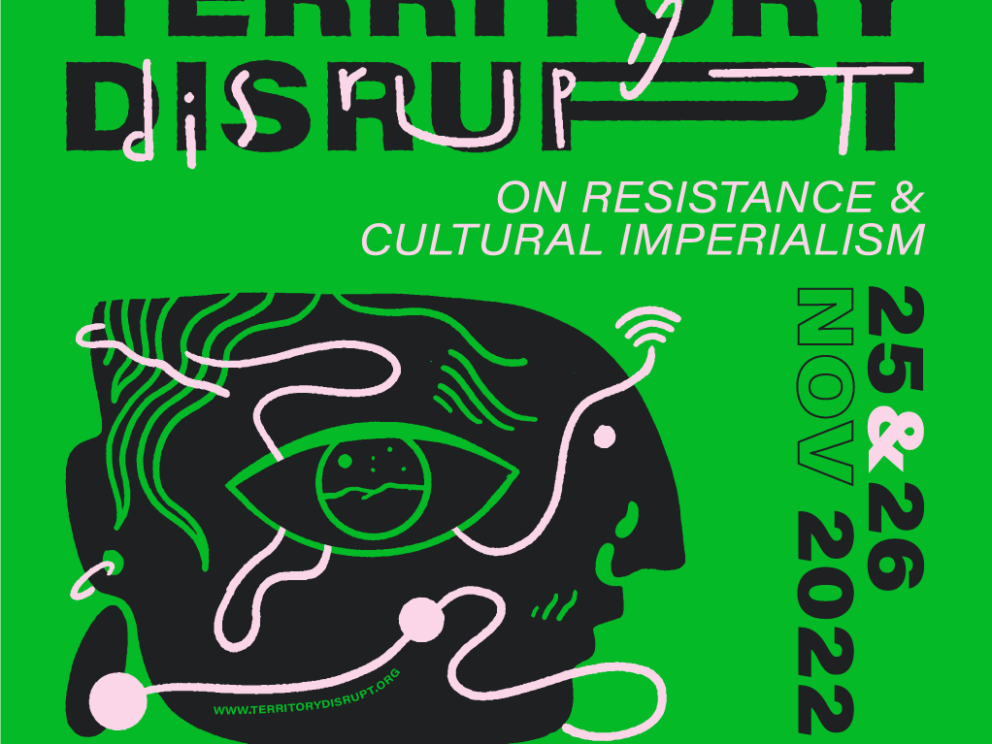