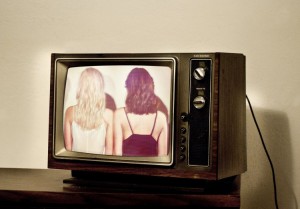 Swedish pop siblings Elektra and Miranda Kilbey aka SAY LOU LOU present an interesting remix for their recent single Everything We Touch. None other than Yannis Philippakis‎, frontman of British math rockers FOALS, got his hands on the track. The original is expected to be on the duo’s highly anticipated debut album which arrives later this year. It’s also one of the records we’re looking most forward to in 2014. Mr. Philippakis‎ gave the SAY LOU LOU tune a surprisingly grooving disco approach which you can witness right here.