What defines an actual emergency? It’s quite an existential question, especially in the year that the Corona pandemic hit the planet and society’s talking a lot about system-relevant jobs. Who is allowed to declare an emergency when people are actually dying of a deadly virus? Which emergency is a bigger one? The death of the live music industry or the impending decline of the US democracy? It’s an interesting philosophical question I thought a lot about in the recent months. The term “emergency” itself is a tricky one as it feels like we’re already living in a world where an unstoppable amount of alerts pops up everywhere. Crisis here, conflict there! Everything is at stake! It’s an ongoing emergency of well… pretty much everything. Social Media overload plays a certain part here, resulting in an overstimulation of our senses. That means you need to prioritize the levels of emergency, resulting in everyone having a personal opinion on what actually is urgent for them.

In the end you might narrow it down to a question of life and death. If you can’t see your favourite band live for another few months or if the local shop run out of your favourite vegan chocolate bar that might be a big emergency for you but not for the rest of the world. But if your life would depend on that chocolate bar (and I can’t think of a realistic scenario where this is the case, obviously) things look different in terms of urgency and importance. And that slightly confusing exposition brings us right to the actual point I want to address – the biggest threat for us as a human species right now is the self-inflicted destruction of our very own planet and the space we inhabit. We not only destroy nature and animals but ultimately also the place that we call home and therefore the foundation of our living and that of future generations. That is the actual emergency right in front of our eyes and yet we still do our best to ignore the urgency behind it, to draw the right conclusions from it when the plain truth is as simple as it is urgent. This is an emergency! There is no time left! Everything else is secondary – at least if you want to make life still possible on this planet. If you don’t root for the human race I can’t really blame you here but if there’s a bit of hope left in you it’s time to get active. It’s a question of believe, I think. And personally, I find it extremely hard, if not impossible, to walk through this world while ignoring these facts. So, I needed to get active and started supporting Music Declares Emergency a few months ago. And if you happen to be a like-minded person from the music industry, I kindly invite you to follow me on this path. 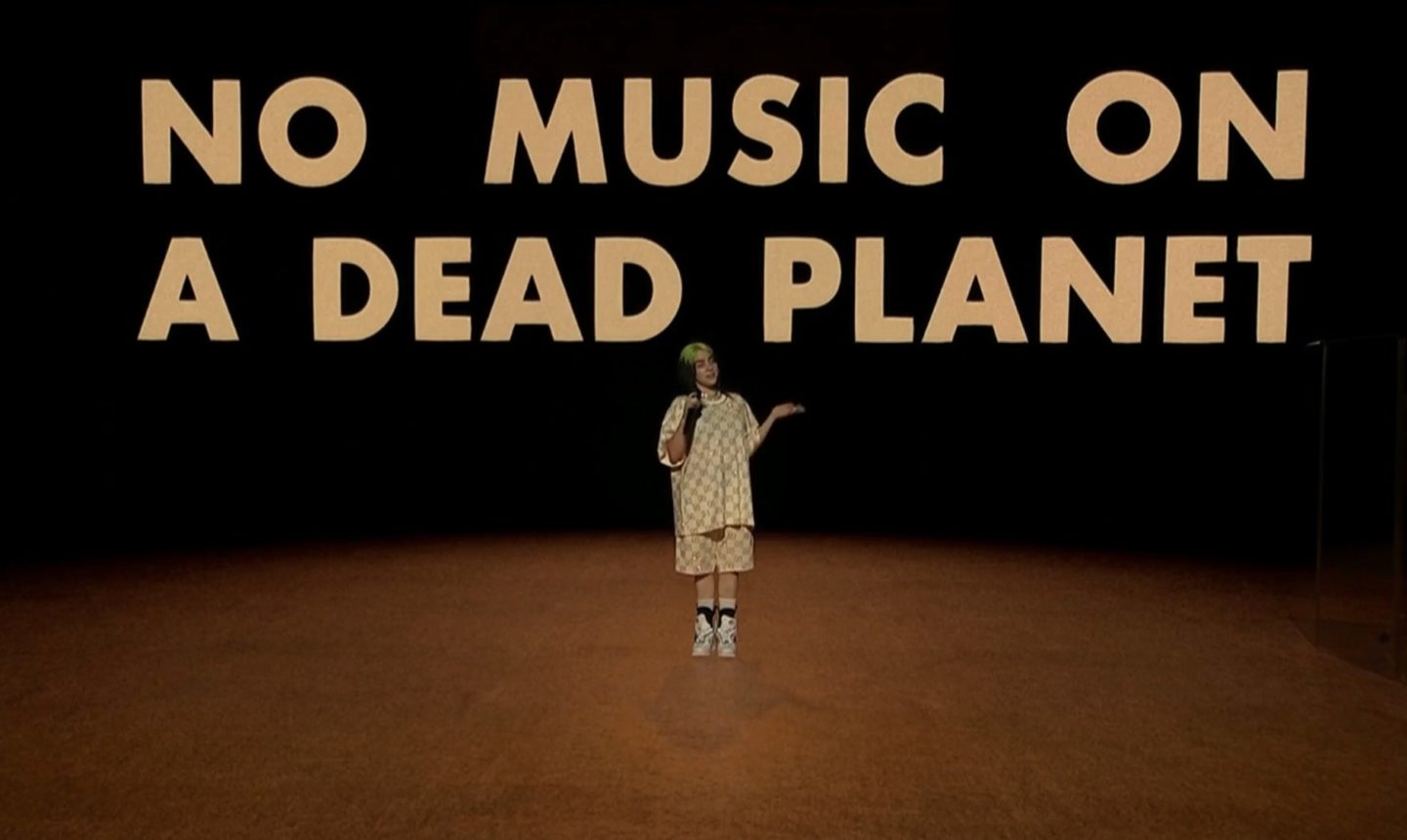 The truth is harsh but it needs to be said

You might have heard of Music Declares Emergency before following their initial founding in the United Kingdom in 2019. It’s a group of artists, music industry professionals and organisations that stand together to declare a climate and ecological emergency and call for an immediate governmental response to protect all life on this lovely blue planet we call home. As a dedicated and longtime music lover I strongly believe in the power of music to promote any cultural change that is needed to create a better future. And the environmental issue is no difference here. No Music On A Dead Planet is the slogan we line up behind and you might have seen it on a shirt by Billie Eilish (or during her recent livestream show) or on a sign carried by Foals, Radiohead or other prominent characters. There are multiple ways to address the issue and not everybody needs to record an entire EP like Massive Attack did earlier this year but that was a great example on how you can make a difference via music. And that’s what I want to encourage – to speak about that, to make it “cool” to address these issues and get active about it. Speaking about the truth is one key issue here.

Right now we’re in the middle one of the biggest and most devastating mass extinctions in the history of this planet. As you’re reading this please be aware that almost 80,000 acres of tropical rainforest get destroyed on a daily basis, over hundred species appear to be “lost” every day.

The ice is melting, the weather is changing drastically, forcing people to leave their homes, forcing political systems to crumble and it’s only a matter of years before actual “climate wars” will be a thing. Hmmm, dystopian delight, isn’t it? Well, yeah, you might call it this way but it’s just the reality of the world we live in right now. It’s as simple as that. If you don’t like that perspective then help changing the narration and start turning this wheel around. Ignorance is not a bliss anymore, it’s recklessness. By actively helping to set up the freshly launched German edition of Music Declares Emergency I found a way for me personally to cope with all the madness; to establish a sense of purpose in my work life while also meeting like-minded people who are driven by the same enthusiasm and also fear. But it can be quite uplifting to accept the facts and still try to make things happen. The old rules didn’t work before, they didn’t help now so why following them at all? Greta Thunberg’s opening monologue for the latest The 1975 record is a great reminder here.

Activism can and should be fun

Accepting that we can’t stop a certain level of climate change is an important part here. Things are already pretty fucked up on this planet, mainly caused by humanity and the needs of greedy capitalism. But we are still at the point of deciding about the level of “fucked up” … not for us, but for our children, grandchildren and especially all those people who are affected by these changes way earlier than most of us sitting quite comfortably in our Western world.

There’s only so much one can do to fight against this emergency. There’s no perfect rule book here and it definitely shouldn’t be a competition. Everybody does what he or she can and if we all do a bit more it would already make a bit difference.

Today, I’d like to suggest an option for those of you who are also part of the music industry. Music Declares Emergency wants to encourage a change within our industry and ultimately within our society. That’s why I joined the organization, to start an active dialogue, to question current rules and believe system and to find common ground to make a change. At last my inner desire for activism found its niche and it really helps to fight the numbness you can definitely feel when turning on the news. For me it helps to focus here. For other people there might be other possibilities – you can join a democratic party, organize local protests, or start changing second hand clothes with others. There is no need to tie yourself to a tree although I have nothing but respect for people who are doing that. It’s about taking action, starting a conversation and thinking about how to implement the topic in your every day life. You can still do the things you like (well, except these things include flying a lot, going on a cruise or driving around the block in your SUV) but by being part of a bigger thing your whole life can benefit from it. So, no matter if you are part of a bigger company or a bigger group or a newcomer in the field – if you feel the need and urgency to turn things around within your own cosmos please sign up for Music Declares Emergency. And if you happen to be part of the German music scene I’m really looking forward to actively working with you on this in the future. There is no “right” or “wrong” here (well, okay… ignoring the entire catastrophe is actually pretty close to a “wrong”) – it’s about starting a process of change, finding new ways. Together as one community, not as rivals. I really hope that the Music Declares Emergency project – maybe in an indirect connection with the Covid-crisis – establishes a new spirit of joint cooperation, one that’s not about competition because that’s one giant aspect we need to see if we want to fight this emergency: we need to start working together. “Everyone for itself” won’t work here. It’s a lot, it’s idealistic and it’s almost impossible. It’s still better than doing nothing, right? If you are up for this adventure, don’t hesitate to let me know.

This is an extended feature based on a text originally published in Norman’s weekly mailout. Like what you read? Then don’t forget to sign up for ‘This Mess Called Music’ right here. 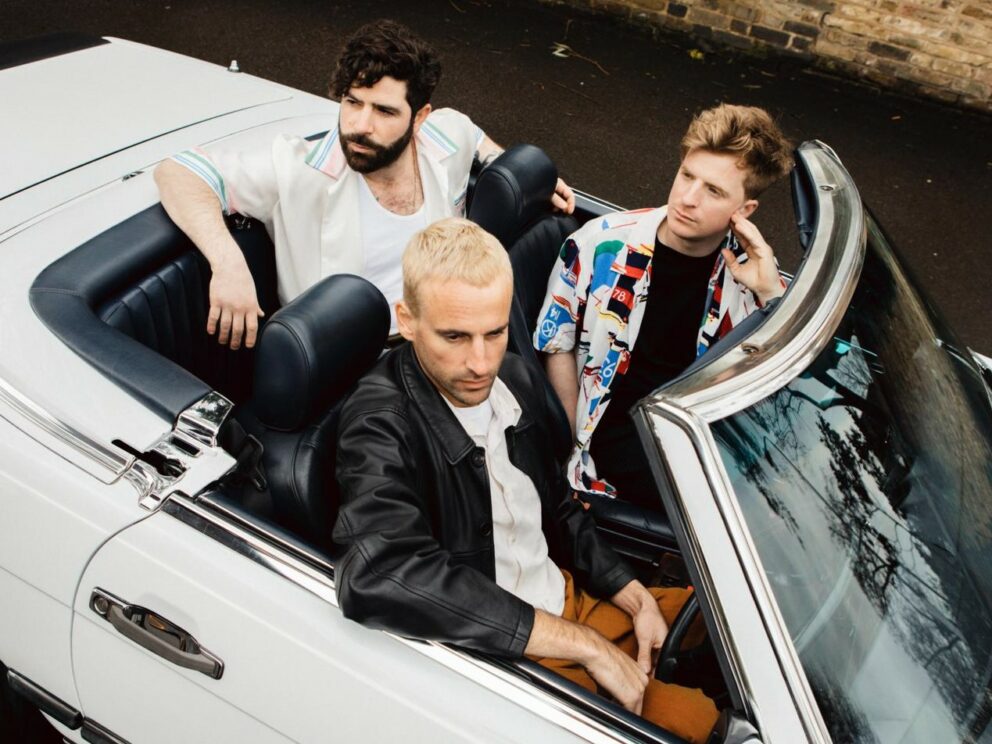