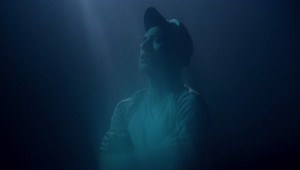 New video material by SUFJAN STEVENS, SON LUX, SERENGETI and their collaborative project SISYPHUS. The band presents a new music video for their tender track Take Me. The song can be found on the trio’s just released self-titled debut album. It was directed by Ryan Dickie who had a quite focussed concept for the clip.

The director told DAZED: ‘I wanted to convey sexuality in a physical sense but not explicitly, because in the (song’s) lyrics the desire is cerebral and out of touch. The idea of a ‘room’ you need permission to enter helps enhance it because what’s on the other side of that door is different for everyone. The juxtaposition of the physical and the digital is inspired by the sonic elements of the track; it felt like a natural extension to include a present digital element.’