Sound of the Day: Sleaford Mods – ‘No Ones Bothered’ 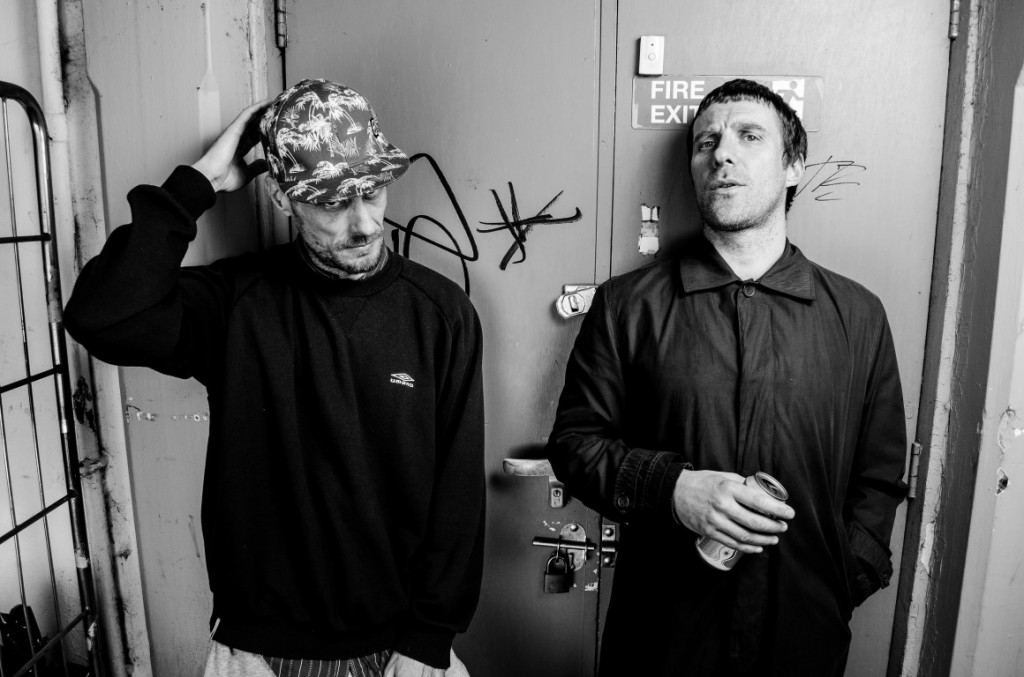 It’s been a hell of a year for Jason Williamson and Andrew Fearn. Their latest record Divide And Exit brought them quite some attention and all of a sudden the SLEAFORD MODS have become something like the new face and hope of Britain’s working class. While they’re still constantly on the road, delivering their pissed-off mixture of garage, punk and rap, they still somehow found the time to record some new music it seems. As the band now revealed, their new record Key Markets will hit the stores on July 10th and already nnow we get to hear a first track from it called No Ones Bothered.

It’s as SLEAFORD MODS as SLEAFORD MODS can be one could say: A pushing bass-line, off-beat punk percussion (Wait, is that a real drummer this time? Nah, can’t be.) and Williamson’s irressistible nagging about “alienation” that “no ones bothered” off. According to the band, the new record is named after a large supermarket bang in the centre of Grantham from the early 1970’s up until around 1980. And although Williamson himself states that it “is in places quite abstract, it still deals heavily with the disorientation of modern existence. It still touches on character assassination, the delusion of grandeur and the pointlessness of government politics.” It’s probably not a coincidence that this announcement arrives just in time for the awful victory of the Tories (and awful defeat of Labour) in Great Britain’s General elections. More information on the record can be found right here and you can listen to the new track No Ones Bothered below. Let’s close with the SLEAFORD MODS own words: “It’s a classic. Fuck em.”