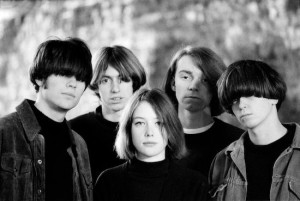 Legendary British shoegaze band SLOWDIVE announced its reformation. They’ll play a few festival shows this summer with Primavera Sound in Barcelona being already confirmed. It will be the first shows of the group in almost two decades. The band parted ways way back in 1995, following the release of their third album Pygmalion in the same year.

In an interview with The Quietus singer Neil Halstead – who is also featured on the new ALCEST album Shelter – tells about the current state: “I’m super excited. We had our first rehearsal last week, which was fun. We were surprisingly good. Quite a few of the songs came back quickly.” And it might even result in actual new SLOWDIVE material.

According to Halstead it was the original idea. And he might even has a financial plan behind it. “We thought it would be good if we could raise a bit of money to make the record, and doing a couple of gigs would enable us to do that. And that’s the way it shaped up – while we’re rehearsing we can see if we’ve got another record in us.” We’ll keep you updated – in the meantime enjoy a classic.