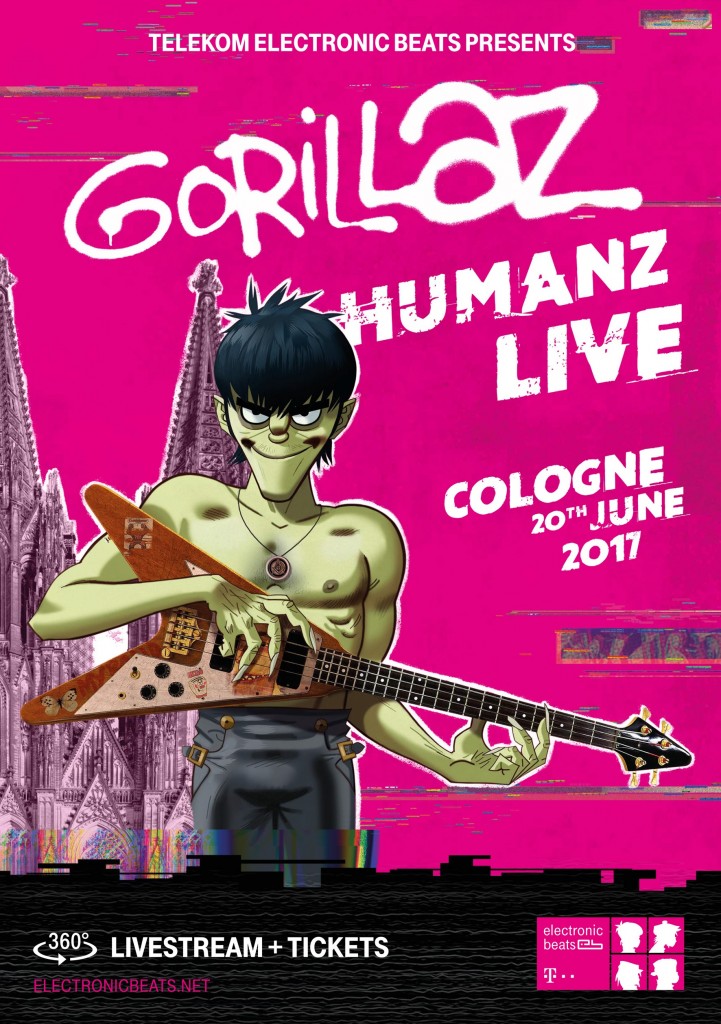 Some bands just put out a new record and, basically speaking, that’s it. However, in case of Damon Albarn and his GORILLAZ releasing new material usually turns into nothing less than a spectacular multimedia event. The world’s biggest virtual group brought out their (arguably) fourth, heavily guest-packed studio album Humanz a few weeks ago and is now ready to take the sound of the record onto big stages through out most of 2017.

Before embarking on a big arena tour in the US, GORILLAZ take the opportunity to team up with Telekom Electronic Beats for a handful of special events in Warsaw, Budapest, Katowice, and Cologne. The band will debut an immersive 360-degree video experience which includes a special live performance of the entire new album. Fans from all over the world will be able to join the Humanz Live experience underlying the band’s iconic status as technologic pioneers in popular culture.

And here comes the best part: NOTHING BUT HOPE AND PASSION is glad to give away 1×2 tickets for an exclusive performance of Humanz on June 20 at Palladium, Cologne. If you would like to win tickets in order to take part in one of this year’s most spectacular live shows please send an email to win@nbhap.com. Every entry needs to include your full name as well as the subject line ‘Gorillaz x Cologne’. Good luck!