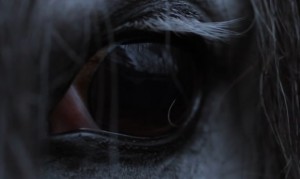 Danish dark pop mastermind TRENTEMØLLER is back with a new music video. The acclaimed producer shares a clip for Deceive with us, the latest single off last year’s third album Lost. The track features guest vocals by Sune Rose Wagner, lead singer of THE RAVEONETTES. Longtime TRENTEMØLLER collaborator Andreas Emenius is responsible for the music video that focusses on a slow but simple visualization of a riding horse.

The director on his idea for the video: ‘Sune Wagner’s hypnotic words about an obsession for someone, the idea of almost wanting to be another body, I thought work well with the film’s point of view, and it also gave me an opportunity to introduce a visual vocabulary not often seen in music videos.’ Witness the result right here.