Video Of The Day: U2 – ‘Song For Someone’ (feat. Woody Harrelson) 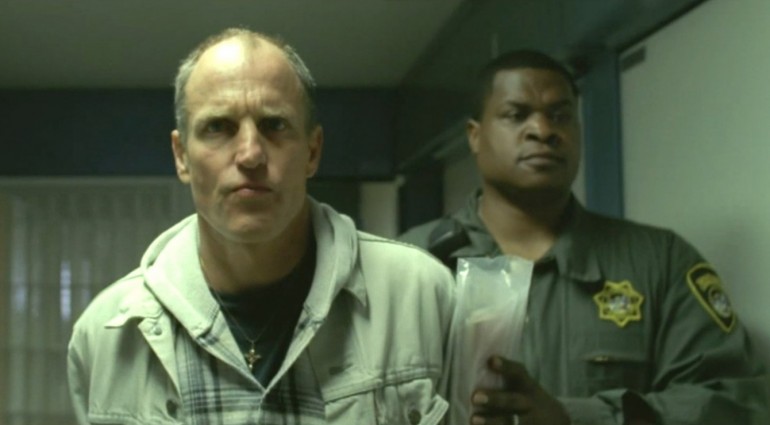 While Irish supertstar rockers U2 are currently busy touring the world with another over-the-top arena tour they leave it to other people to direct music videos for them. And in the recent cases this is an absolute blessing. They already delivered a stunning short movie for Every Breaking Wave back in February. Now comes another one for Song For Someone, directed by Vincent Haycock and starring the one and only Woody Harrelson. And you can say whatever you want about the i-Tune giveaway album Songs Of Innocence but that is a really wonderful piece of music.

Because there’s Woody Harrelson in it who is just a wonderful actor. He plays a longtime prisoner on his long (but actually quite short) way to freedom, facing the final moments and being afraid of whatever might await him on the other side of those prison walls. There’s something truly touching in his performance as he managed to portrait all the relief but also anxiety that comes along with such a life-changing event. This will give you goosebumps. Well done, Bono.

The clip is thematically linked to RECTIFY, SundanceTV’s Peabody award-winning series. The show follows the story of Daniel Holden and his family as they struggle to move forward after he’s been released from prison after 19 years on the death row. U2‘s world tour is already sold out pretty much everywhere as far as we are informed. So, good luck getting yourself a ticket anyway. There are currently also rumours about a bigger stadium tour in 2016, together with the already planned Songs Of Experience. Well, you can never be sure with these guys. Watch the video below or right here via SundanceTV.