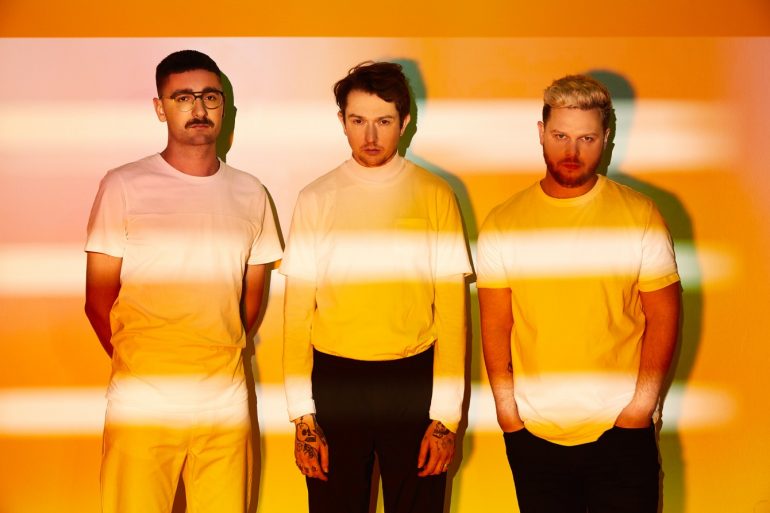 There are acts that hook fans solely for their lyrics. Usually spanning some universal theme like heartbreak, victory or the like, listeners sink their teeth into their songs, finding lines that wrap and resonate with them.  There may be little complicated in the chord construction or much that pushes artistic boundaries at all, but still these tracks will rake in fervent crowds chanting along with them at live shows. And then a few fields down from that, you have the often nonsensical lines by Joe Newman, the charmingly nasally frontman of ALT-J. Coupled with lengthy instrumental interludes, it’s a wonder how this British indie band has managed to hone in on a crowd that teeters on mainstream.

During our sit down with the band, Joe acknowledges that he’s quite aware his lyrics are often unintelligible, though he dismisses any need to force a change solely to be understood lyrically. He pegs the band’s style on the nature of how he sings rather than on any clearcut intention. However, even when listeners dig through the catchy babble, and take a minute to look up the words, the bulk of the tracks are seeped in obscure references and read more like Rorschach tests. Much is left to interpretation, and they surely dodge any spoon-feeding. Hell, they even have a track centered on John Hurt’s death scene in Alien.

‘It’s nice to write in ways that are kind of ambiguous because I think a lot of people who like our music are quite creatively engaged, and they listen to the lyrics and create this world from what they hear. And that world is something that we encourage. We’re not just telling someone what the meaning is behind a song.’

That’s not to say that their tracks are totally absent of clear cut narratives, though. They divide their songs into two separate camps: those that have definitive lyrics and tell a specific story, and those that have instrumentals and singing which overshadow what’s actually being said. Why not leave the tracks of the second camp as just instrumentals then? ALT-J recognize that it’s just the way it works; they feel compelled to create some type of lyric, even if it’s not saying much.

Keep the nonsense in

This push to create a semi-digestible package is what often gets ALT-J in trouble, though. When expected to muster a description for their ‘non-lyrics’, the artists start to regret having not taken the time to instead craft some sensical ones. Before meeting with them, we dissected In Cold Blood, a teaser track released from their upcoming third LP album Relaxer. There’s this stark lyrical juxtaposition between the verse and the bridge, yet they own that the the lyrics came as an afterthought. Another track from the album, Last Year, however, tells a much stronger story, and stays on their lyric side of the spectrum.

‘It’s fine to have an instrumental but often enough we have songs where there’s a sung melody, but there’s no real lyrics to it and Joe often sings kind of nonsense, but if you leave that nonsense in, people treat it as lyrics and people say ‘what did you mean when you said whatever’.

Although the words may be up for debate, ALT-J still manages to pull a bulk of their fanbase from those that usually crave chanty anthems and relatable tracks. The musicians have plopped themselves somewhere between niche bands and the mainstream; they have the luxury of hooking a base from both. They are experimental without being obscure; they push boundaries without losing touch with their audience.

I think our music is poppier than it initially seems. It’s almost pop music masquerading as experimental music. And it could also be experimental music masquerading as pop music. There’s just enough of each in there to appeal to both. I think people consider it to be high brow left field music, which is great cause we love that as well…The song structures are unusual, but there are a lot of hooks in there; it’s not hard to dance to. It checks all the boxes.

Though their tracks are riddled with hooks and danceable beats, the trio avoids the trap of churning out single bangers and albums of half fillers. They aim to be the type of group that produces cohesive albums, since those are the bands they grew up on. The artists hope to make records that find their way onto vinyl players down the road, when a granddad tries to turn some teenagers in 2060 onto the music that was cool back in his day. However, this is more of a musing than a set intention. Sure, they’d love to see their albums turn into classics, but they’re not consciously striving to outlast their own era.

I don’t think it’s helpful for anyone to think about how they’re going to last.

Accept the commerce, don’t embrace it

By churning out consistently well-rounded albums, ALT-J is likely on that path regardless if they’re aiming directly for it. They consider every song they put out to be as good as the next. Although none have become chart toppers, a handful have come close, and they’re fine with that for the foreseeable future. The artists modestly let on that they’ve tackled the middle ground of song success.

‘We bring the bracket more into consistency, where we don’t have anything amazing but… It’s all solid sevens… We are the solid sevens, remember that for the next album name.’ 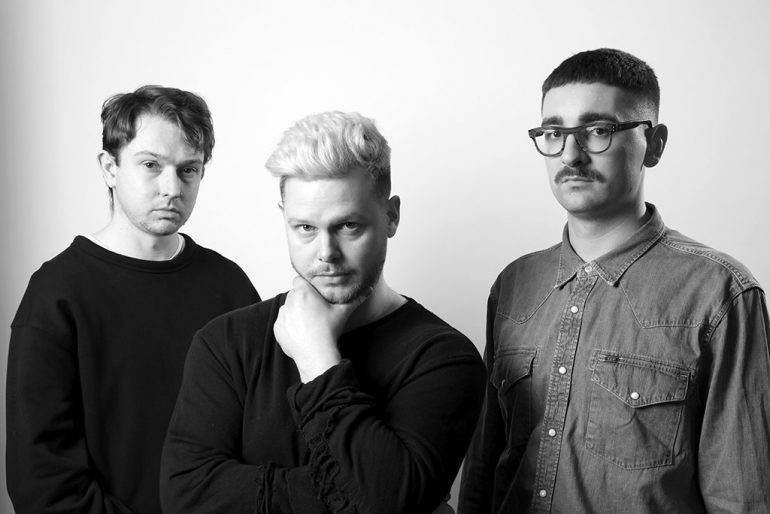 This rings true for their upcoming third album, Relaxer. It’s a collection of those solid sevens, with some climbing their way a bit higher still. The LP doesn’t stray far from their previous releases. It dips into upbeat and solemn tracks, is rife with instrumental interludes, and brings on a handful of female vocalists. They continue to push boundaries but remain relatable.  ALT-J explained that they use their albums to uphold the artistic side of the music industry; to experiment a bit and push themselves creatively. You really see that half way through the track list of Relaxer, with Hit Me Like That Snare. It’s a marked shift in style from the surrounding tracks. Ironically (but who knows if intentionally) the artists chant fuck you, I’ll do what I wanna do throughout the piece, reinforcing their sense of freedom when putting their albums together.

We’re living in an age where you basically make no money from album sales. So in a way, that gives you the freedom to make your albums more creative. You’re not having to think about how many units you’ll shift… Essentially, we’re going to shift no units at all unless you’re ADELE or ED SHEERAN.

They therefore accept their live shows as the commercial side of the process. Albeit they’re having a good time while touring, they don’t deny that they’re oblivious of the commercial side of their work. ALT-J phrases it as a balancing act- a ying and yang between being able to create while making a life from their work. They also willingly get into bed with companies looking to use their tracks, but they certainly have their limits on this. For one, the Brits refuse to make lyrical compromises or to work with companies whose practices stray from their morals. ‘That’s the ideal setup’, they expain: ‘We get to make the music that we feel is true and then people want to pay us to use it in their adverts.’

Recently this border-line of selling themselves has been an all-too-popular conservative news network and a crisps company eager to alter their lyrics. However, ALT-J is wisely wary of badmouthing any company. They recognize that they may very well be unaware of some of the practices of their partners and would rather not retroactively seem hypocritical.

By balancing the artistic and commercial side of the industry in this way, ALT-J maintains their authenticity. At the end of the day, they are just a couple of normal guys who make killer music, and have managed to do it exactly right in this era.