Confronting: MØ – ‘Be the badass you were born to be’ 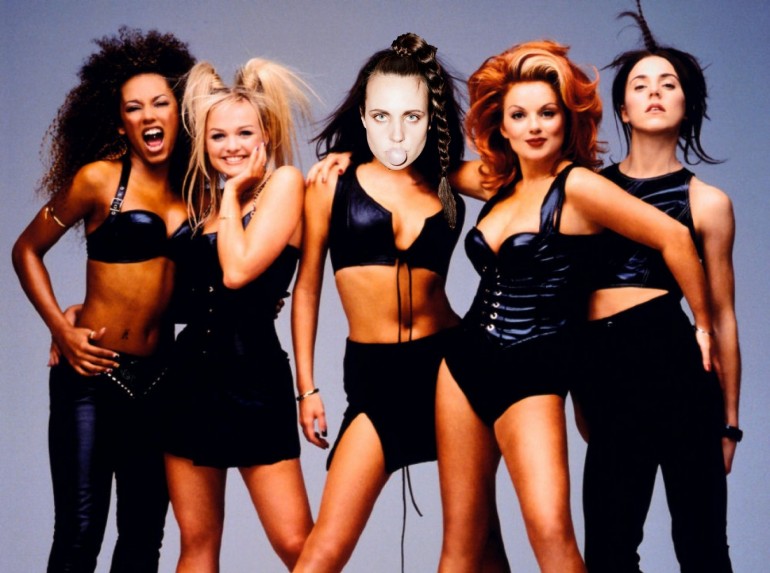 We all know songs like Back For Good from the British boygroup TAKE THAT or the SPICE GIRL’s Say You’ll Be There – and most of us can even sing them by heart. But how do musicians these days think about the boy-and girlband phenomenon? Especially Danish singer MØ, who yet did an acclaimed cover of the SPICE GIRL song? In the course of her brand new single Kamikaze, NOTHING BUT HOPE AND PASSION confronted the charismatic woman with various meaningful songs and their videos to get an impression of her thoughts on this inerasable part of the pop world.

You’ve done this amazing cover of this SPICE GIRLS song. Why  did you choose this one and not another track of them? What do girlbands like them mean to you ? Did you copy their dancing-moves when you used to be a teenager ?

OMG! The story of the SPICE GIRLS and me goes way back. Like half of all girls on the planet born in 1988, me and my friends would dress up like THE SPICE GIRLS and do playback shows and competitions. I think for like 2 years – this was ALL that mattered to us. I was Victoria (Posh Spice) because I had her haircut and was kind of tall, but my favourite one was Mel C aka. Sporty Spice.

I remember my friends and I practicing our moves and lip sync for Say You’ll Be There in the youth clubs pillow room – we were all obsessed with that song. And the video!!! The video is that one where they are out in the desert – all wearing black latex. My girlfriends and I were all SO mesmerized by this since it – besides being super fresh and awesome – represented this strange sexuality thing which at this time was still so new and exciting to us. Like a grey mass yet to be discovered.

02. Backstreet Boys – ‘Everybody (Backstreet’s Back)’

Let’s go on with pop of the nineties. Did these five American guys have an impact on you and your music?

Haha. It’s like almost the same kind of pictures that comes to my mind. I remember 3d grade. Same time as the SPICE GIRLS playback obsession. I remember us sharing BACKSTREET BOYS collecting-postcards in the lunch breaks. I remember everybody being in love with Nick Carter, but I was secretly in love with Brian Littrell. Another thing that also pops up into my mind is that there’s this super awesome new remix of this song – I heard it at Roskilde Festival this year… But I don’t remember who did it.

Do you think the world is a better place with TAKE THAT having a comeback and releasing music again? Does the wold need boyband/girlband comebacks?

I actually didn’t know about them until they were kind of over. I think I’m a generation too early for them. Or maybe I was just slow… Or too obsessed with SPICE GIRLS to discover anything else around me. No – I remember my friends older brother having posters of TAKE THAT in his room. And I obviously remember hearing the song. But I actually remember thinking – ‘Ah, that song’s ooold’, even back then. Lol. I like the song though. I was just never a fan. And then there’s Robbie – My mom loves Robbie. Hmmm – comebacks. I don’t know man. So much stuff is going on on the music scene all the time anyway so we might as well have boyband/girlband comebacks too.

TAKE THAT’s counter draft. What do you think of such counter drafts in general? For example also BEATLES vs. STONES?

I love friendly battles between bands – or counter drafts as you say. People love to choose sides and argue about stuff – so that’s just great! Expecially when it’s about music. Actually I don’t really know EAST 17. To be totally honest my first meeting with them was last year when I talked to a friend about crazy hat-styles and the origin of snapbacks. Then he googled EAST 17 and I had a great moment.

A good example for a constantly changing line- up. Do you think it’s okay to carry the original name when there are only new members?

I don’t really mind. People can do whatever they want. It’s about the music. Of course it’s a shame when someone you adore or even idolize leaves the band or gets fired, but that’s just one of those things in life you will have to learn to live with. Besides, it always makes me happy when people continues to do their thing – even after failure or even though they might not be successful/famous anymore. It’s always badass to keep on fighting for what you believe in. Unless it’s all about money – and in some cases it’s definitely all about that – then I think it sucks. Funny with SUGABABES though – the reason why I know them is actually because of their reputation of changing band members all the time. I even think I watched that reality show onces – the one where they are casting new members?

One of the most successful boybands these days. Do you see any difference to the nineties boybands?

No not really. The sound, style and fashion of the whole thing has changed a bit, but it’s still the same themes, feelings, vibes, characters I feel like is being projected. I get why it works now as well as back then…

Three sisters from Los Angeles who released their celebrated debut in 2013. Not the typical pop-girl-group. What do you think of family groups like that? Is there in your opinion a difference to nineties girlbands?

Oh my fucking god but you have no idea how much I love HAIM. I know I just said that I don’t see much of a difference between ONE DIRECTION and TAKE THAT/BACKSTREET BOYS/WESTLIFE. I must say though I don’t really see much comparing between SUGABABES and HAIM other than they are both girl bands who have strong songs – SUGABABES I see more as a factory creating the perfect commercial girl pop gang to sell millions of records and to give any teenage boy on the planet a boner (not to critizie them. They have great songs, and I respect peoples different ways of seeing things and different goals) where as I see HAIM much more as a symbol of something genuine and real – both seen from a musical and a feminine perspective. You feel the musicality flowing in their blood and in every sound you hear from their genious productions – it’s not being made or forced upon them, and the way they represent them self are so cool – is not like there’s a focus on the fact that they are a GIRL band.

They are just a badass band – fuck the sex. It’s not about that anyway – it’s about the music, and sometimes when aaaaall the talk goes about girls and boys in the industry it makes the women sound like they are hopelessly out numbered and without a chance to have anything to say in this evil male dominated industry. Well I don’t think it makes any good to point yourself out as the victim – you just gotta kick ass, work hard and do your thing in the way that feels right to you.  As long as you feel comfortable and feel like you are the one in charge, you just gotta do whatever the F-U-C-K you want. Be the badass you were born to be.  Long story short – HAIM are dope-ass musicians and sexy in a very empowering and for real way. They don’t sell perfection – they are just being them selves, and that’s fucking girl power.