The Painted Ruins Puzzle: Grizzly Bear on their smooth return 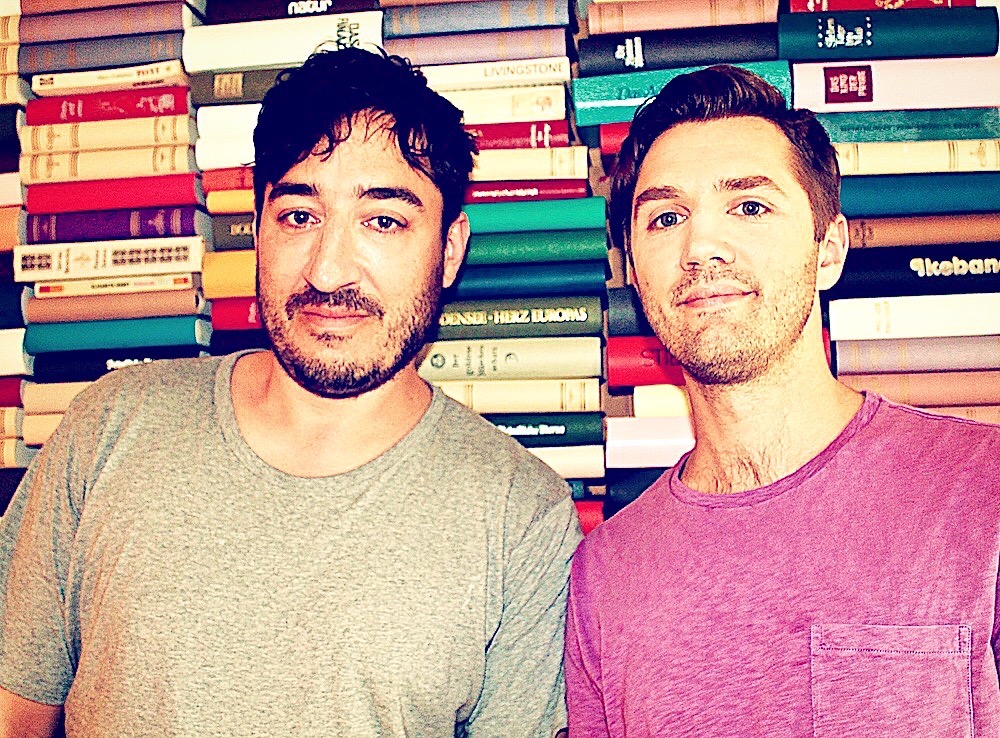 It is comforting to know that some bands take a deserved break instead of heading straight back into the studio again. Only to find themselves constantly exhausted by promoting the hell out of an album afterwards. After a lengthy tour for the previous record Shields (2012) GRIZZLY BEAR opted for some time apart. Slowly the band members started sharing ideas again. However, always being very cautious not to rush anything creatively. Painted Ruins, their fifth studio album to date, is a beautiful portrait of a band that defied all kinds of external and internal pressure to return with new songs full of gorgeous layers as well as rich imagery.

More than anything Painted Ruins is full of empathy, too. It is written all over the musical and lyrical content GRIZZLY BEAR present to us. During a time where humankind is lacking empathy on so many levels and politics seems to spin out of control beyond all kinds of imaginable scenarios, these new songs are a real blessing.

Even though the majority of the record was done before the past US election, political connotations have made their way onto the album for sure. Meeting with Ed Droste and Chris Bear on their recent visit to Berlin, it also becomes clear that GRIZZLY BEAR continue to be outspoken about the horrifying events in the US. Even to an extent where Painted Ruins, eventually, disappears from our conversation entirely.

Originally starting out as a solo project by Ed Droste, the four creative individuals have turned into a democratic group of musical allies that are working more closely together than ever. Not even being bothered by the fact that they don’t live a stone’s throw away from each other anymore like they used to back in the day in Brooklyn. However, bassist and producer Chris Taylor had to step in at one point making sure that the band would actually sit down and share their ideas. That’s when the puzzle slowly began taking shape as Chris Bear remembers: ‘By the time we did end up getting to the music making part, it was just very fun. It felt exciting to have these partners again. I’m always working on ideas whether we’re working on a record or not.“’

‘It was really refreshing to have the other guys add their ideas and to have these musical allies that have totally different strengths and ideas.’ (Chris Bear)

Leaving their longtime label Warp, the band also consciously ‘made a real effort to set ourselves up for being a smoother process. We’ve been working together for a long time so we’re better at navigating situations where maybe something’s not coming together as quickly as we like’, adds Chris Bear.

Smoothly easing into my conversation with GRIZZLY BEAR’s drummer, Ed Droste plunks down into the comfortable sofa next to us further elaborating on the record’s content and the overall need for artists to speak up as we discussed in a previous article: ‘There are connotations in the album for sure, but it’s not an overly political album. The majority of the songs were written before the election happened so there were things that were bubbling up and fears. It is quite difficult to make political music. Effective political music. Hats off to people who can successfully do it in the way that it’s not only tasteful, but also gains a momentum to be some cultural moment. It’s very hard to do. Is anyone making a political album right now that I just didn’t notice? I would like to research that. FATHER JOHN MISTY, maybe, but I haven’t really listened to it yet. He is quite a storyteller. I do need to listen to that album.’

‘It’s very encouraging to see the marches and the resistance that is going on. I feel like people are really getting educated about how the system works instead of being complacent as before sometimes.’
(Ed Droste) 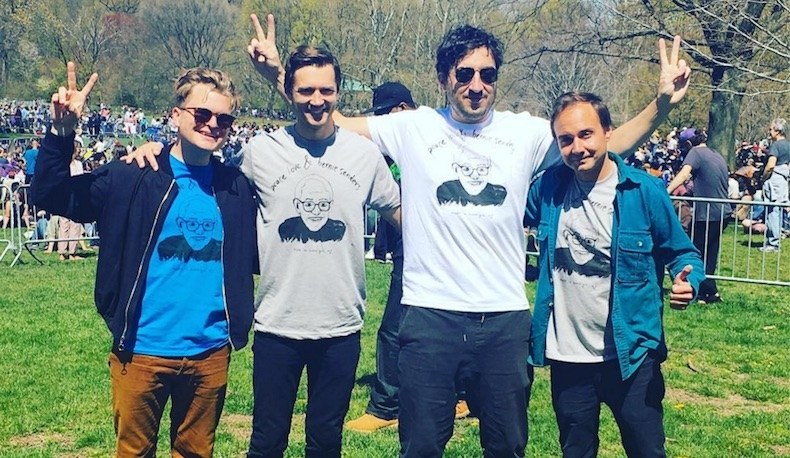 There is a glimmer of hope underneath the daily amount of idiocy and threats that seem to determine the political minefield in the US right now that Ed Droste points out during our talk: ‘All the organization and awareness gives me hope during all of this. I feel a bit of optimism because I think the younger generation is more progressive. I hate to throw my parents’ generation under the bus, but they were like the worst. They were constantly screwing up everything and then blaming young people. Young people are very educated on it, generally speaking, more accepting of all social causes.’

‘Some people are just mourning, others want to get organized while others are still in shock. It’s not like it’s going away. It’s quite the opposite. Ever since the election it’s been like a rollercoaster of hell.’
(Ed Droste)

All four band members may have left New York and have traded the Big Apple for sunny Los Angeles and Santa Fé by now, but leaving the US because of the recent political events never crossed their minds says Droste: ‘We need all people that are passionate about making real change to stay in the United States. If everyone that is anti-Trump leaves, then he really won. I don’t want to leave until it was actually physically dangerous for me to be there. It’s a terrifying prospect, but it’s happening in various countries around the world.’

Reflecting on the night of the election, Droste explains his surprise still with disbelief in his voice: ‘No one really thought he was going to win. At least no-one that I know. I didn’t think he was going to win. I went to a party to celebrate Hillary’s win because obviously how on earth could he win an election, especially two weeks after that statement about sexually assaulting women that came out. We thought it was over for him.’

However, it was only the beginning of a series of political lapses so grave that Droste refuses to let these events destroy his belief in hope and change. If not in the US, at least in the rest of the world as he emphasises: ‘If anything good came of this terrible thing it’s that I think it was a wake-up call for various elections in Europe. Whether it was the Austrian one, the Netherlands or recently in France. I’m pretty confident in Germany’s ability to not elect in this extreme far way. I mean given the history and everyone’s very smart here. I can’t imagine you guys taking a page of the history book and revisiting it again. You guys have Merkel. She is the leader of the free world.’

‘It’s so weird that so many people believe in such a crazy person like Trump.’ (Ed Droste)

Shortly before the German parliament voted to legalise same sex marriage in a historic decision at the end of June this year, Ed Droste drew a comparison between his native country the United States and Germany referring to gay marriage: ‘It’s encouraging to see a new country legalizing gay marriage, for example. That’s one thing we got on you Germany! But you’re so much further on so many other things like health care, the environment etc. I would trade back my ability to get married for better environmental policies and better health care in a heartbeat.’

To see actual change and progress happening in the near future, Droste and his GRIZZLY BEAR bandmates continue to raise their voices and encourage others to do the same as he tells us: ‘Of course our time is slightly swallowed up by the album release and tour that is coming up, but we’re going to get people to register at concerts, donating proceeds to various causes local or national – as much as we can. We do as best as we can to raise awareness via social media and all of that.’

It will be a long journey for sure, but thankfully, Painted Ruins gives a lot of comfort and hope along the way in times full of turmoil, especially on a personal level. Kindness, awareness and empathy all being intertwined in stunningly beautiful harmonies and layers if you are open enough to embrace them. 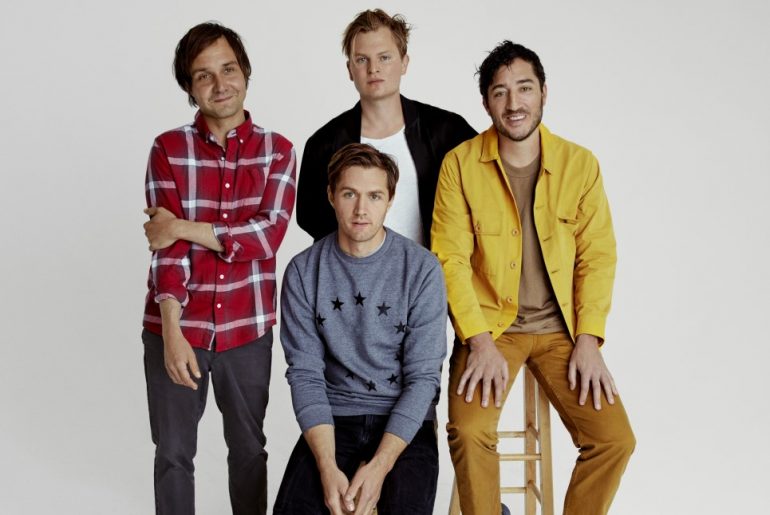