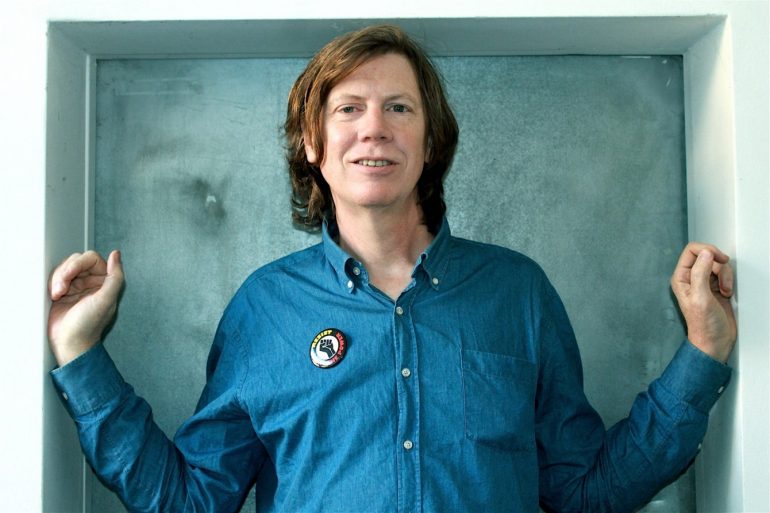 The disbandment of SONIC YOUTH did certainly not put an end to THURSTON MOORE’s drive to engage himself in various musical projects. In fact, he is back with a new solo album called Rock N Roll Consciousness surrounded by James Sedwards, Debbie Googe (MY BLOODY VALENTINE) and Steve Shelley (SONIC YOUTH) forming the Thurston Moore Group.

When meeting Moore on a cold, but sunny day at his label’s office in Berlin, he makes it clear that this project is an entirely different thing compared to his musical past in SONIC YOUTH: ‘The song structure and the ultimate composer of the songs is me. In this group, I get all the credit. It’s a different dynamic for me, but it’s cool for me. I’ve had my life in a communal band. It was a long time, like 25+ years.’

The wheel of time

Despite being in his late 50s, there is still something very youthful about THURSTON MOORE’s look. The slender former SONIC YOUTH singer seems to be in good spirits while facing the release of his latest work: ‘We’re not like a new band. We’re old people. In a way, we’re now really getting started with this record and presenting ourselves as a group. I feel like it can go anywhere. We don’t have to sell ourselves because we’ve already been sold.’ With an attitude like this, the possibilities seem endless and this also explains why Moore appears to be so relaxed while sitting in a comfortable looking chair and chatting without the slightest indication of any tension.

His forthcoming album Rock N Roll Consciousness isn’t quite as soft and smooth, though. Referencing his musical past, the five songs wander off into a mixture of noise-rock that gives them plenty of space to evolve. THURSTON MOORE almost seems amused when talking about the long pieces he wrote: ‘I’ve written some short songs in my time, but the idea was that I really wanted to have the band kind of flower a bit. I just really wanted it to be something where the music was kind of somewhat endless. I like this idea of long pieces of music that weren’t like prog.’

‘My good friend Michael Gira from SWANS would do triple albums because he writes really long pieces and I think that’s great, why not? You’re asking people to invest a lot of their time into processing what you’re doing. That’s the choice of the listener anyway. They don’t have to.’ 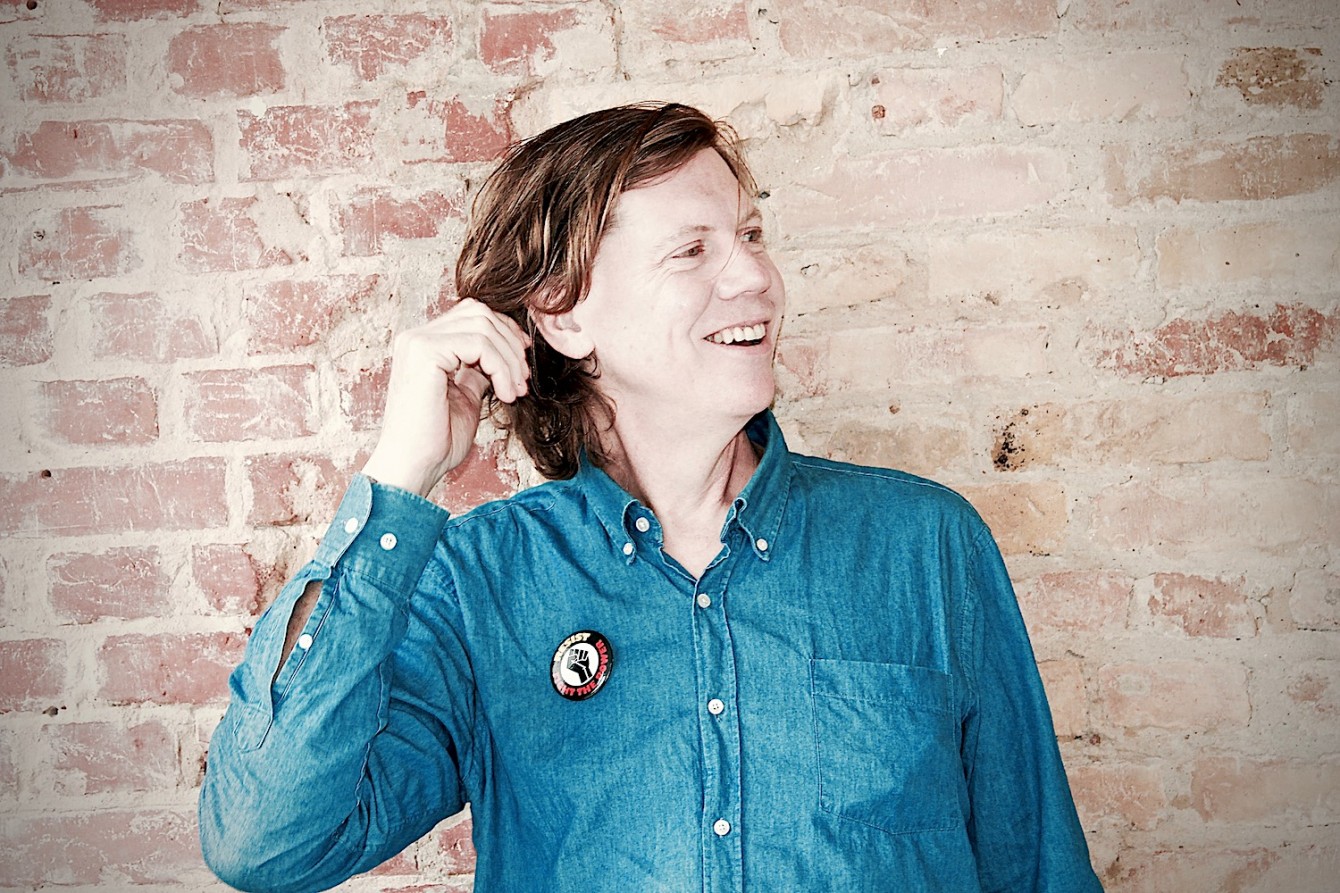 Talking about the nature of the songs, he adds: ‘There’s not much free noise improvisation going on on this record. There’s only a little bit. It’s mostly in the service of the composition. I always wanted to write rock songs. That’s why I called the record Rock N Roll Consciousness. I’m not going to leave the world of rock’n’roll to be a free noise improviser. But I make more records as a free noise improviser in a way. It’s a funny thing because I think the critical perspective of your work is always based on these records of proper songwriting. I don’t prioritize it like that is the main thing I do and everything else is a hobby or I’m just fooling around. I find them of complete equal value.’

‘I have nothing but respect for musicians who play free improvised music as their main field. I can almost see myself getting involved with that.’

On a creative level, his passion for rock music and noise may be of equal importance to Moore, but at the same time, both genres exist on very different levels commercially as well – the disillusion of it all being familiar to the guitarist: ‘When I do a noise record with somebody, there is nobody investing in this record. That doesn’t happen. I do understand the dynamic and the difference. There’s more accessibility to rock ’n’ roll songwriting, but that’s not why I do it. It’s a form that I really love, obviously. Sonic Youth was all about that. During the last period in Sonic Youth I was able to think about the band being able to unify the two things in a way where it was a completely experimental idea bringing improvised music ideas into the composition. I really enjoyed that and I felt like that was something we were able to accomplish in that band. I feel like this is always there for me now.’

While there are certain limitations in terms of what one can do on a record, even when you are a rock legend, the touring enables artists to express themselves even more freely, which is an aspect the leader of the Thurston Moore Group appreciates a lot: ‘There’s a song on The Best Day called „Grace Lake“. It’s an instrumental. On the record it’s a solid minute, but live it was becoming something where we would be going on for about 10 minutes. We were really into it. Sometimes it became really insane and wonderful.’

‘Someone once told me, that’s when people start to leave the room! I told him, I don’t care. If I was in the audience I would like this. That’s how I judge my music.’

NEIL YOUNG obviously feels the same way about playing altered versions of his songs live. Moore remembers one particular show where the artist’s vision and the listener’s expectation were far from matching: ‘Last time I saw Neil Young in New York City, he was playing all his great Neil Young songs, but in some of them he would get into these long noise eruptions. It was amazing and I would be really appreciative of it. People sitting in front of me got really upset because he wouldn’t stop doing it. One guy got up and started yelling. I thought it was interesting because he had no interest or consideration to what was Neil was trying to do in terms of free sonic expression. It’s all music, isn’t it? It’s all sound.’ 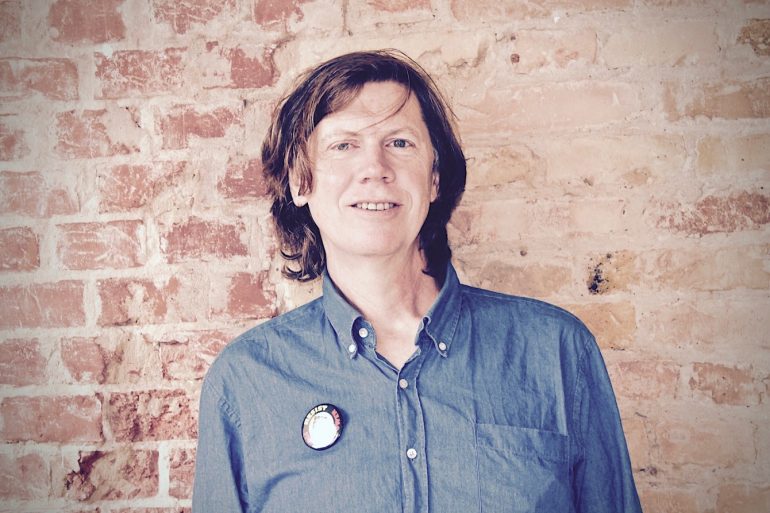 ‘The artist is working with sound as a painter is working with paint. That’s my feeling of it while this gentleman was all about the value of the song. He felt like it was devalued or his time was being wasted. You do have a certain responsibility and respect for people who pay money to buy your records and listen to your music. I do think about these things.’

As much as the songwriter supports the idea of artistic freedom and expression, he is very much aware of his audience and their immediate reaction when it comes to playing live as he hints: ‘I think there is a reason why a lot of musicians don’t look at the audience. I’m certainly very shy when I’m onstage sometimes. Sometimes I’m not and I’m very interactive. Sometimes I just don’t want to know. I also know that audiences come for certain reasons.’

Reflecting on his time with SONIC YOUTH and his current status as the Thurston Moore Group, he adds: ‘Sonic Youth was always about creating this unified idea of this balance of the two things – the hardcore experimental and the song craft. I still write the same. It’s slightly different musicians. Lee and Kim are not in the mix. I would never try to replicate that, though. I have no interest in that. It would be a dishonor to them and impossible.’

Instead, THURSTON MOORE offers us further insight into his very own Rock N Roll Consciousness that he has been feeding with a big appetite for noise rock for decades now. Disregarding his age, but definitely not his ambitions.