Getting Geeky: The Wombats Talk Their Musical Evolution 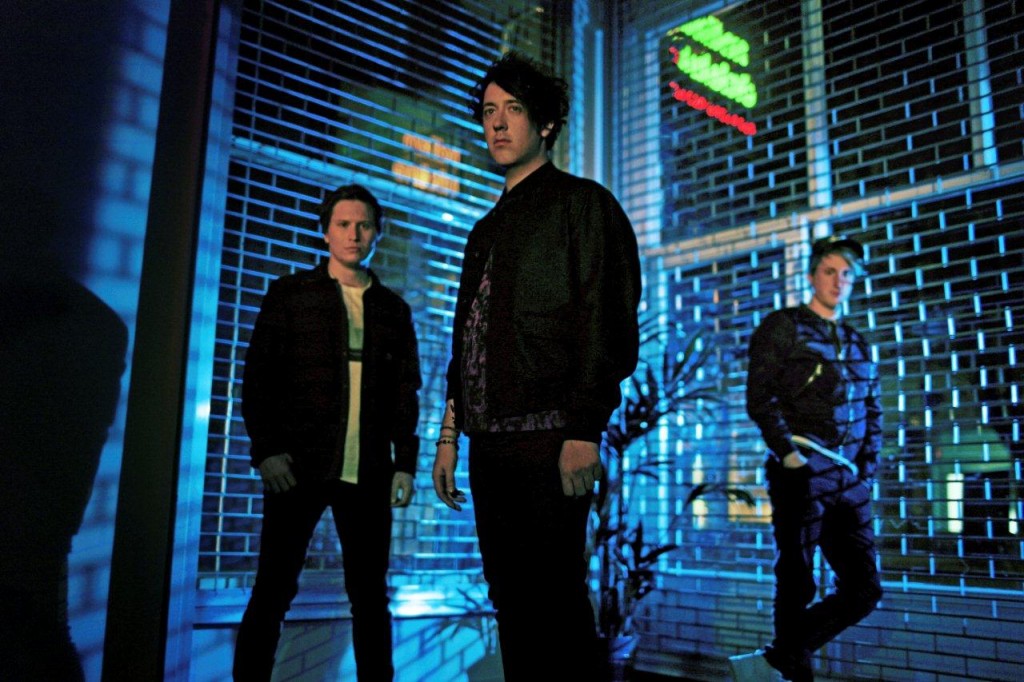 If you think crowdsurfing to a slow indie pop ballad is simply impossible you haven’t seen the three energetic guys from THE WOMBATS performing live and keeping their audience in dirty rock mood throughout every single song, like we experienced it during their most recent concert in Munich. Four years have passed since their last record This Modern Glitch – The more excited we were to talk to drummer Dan and bass-player Tord about their just released record Glitterbug and about other things like their musical process and touring.

Why the name Glitterbug? I found out it is a hand lotion to prevent the spread of harmful bacteria and infections…
Dan: Oh is it? It’s quite cool that people don’t know. For our last albums we had like a list of options of the album names, to discuss, but this time we asked Murph what he thinks the lyrics are about and what they mean to him. He said lots of songs are about big cities and when you get into it, it’s all shiny and exciting and you are like wow, but after a while when you get into it, it changes…it’s about parties, new relationships, sex and stuff.

Since your debut album your sound changed a lot. How would you describe your process since your first record?
Dan: I think all three of us like different types of music and obviously on the first record it is pretty much drums, bass, guitar and backing vocals and that was it really. It came from doing gigs, make a song, doing gigs and then make a collection of it. The second album was more like a real studio album. During the second album we’ve learnt a lot about synths and producing and programming. We recorded in some amazing studios in L.A. with lots of really nice and good producers and we learnt a lot from them. So this album is a combination of all we’ve learnt over the last ten years, using all the tricks, getting geeky. And obviously the songwriting as well: We’ve been a band for a long time now and I guess you start to know what each person does. I think we are a lot better on this album. Murph was in L.A. and we were in London or in Liverpool. He’d send us over lyrics and we were concentrating a lot on the sound, or the groove or whatever it was and we’d send it over to him. Everyone was concentrating on the things they do best rather than everyone just throwing in ideas – it gets messy sometimes.

Mark Crew produced the record. Do you think he was a good choice?
Dan: Yes, we are really happy. He is such a nice guy and similar age to us, similar taste of music. It was really easy to work with him, a lot of the things we produced and were nearly finished with he was like: ‘sounds great I’d change this, this and this, we should do the drums again’ and usually that was what we thought about as well. But of course not every song was quite as easy as that.

It sounds really cinematic and there are lot of different elements to hear in just one song, who mixed the album and how did it change the record?
Dan: The guy who mixed it was Manny Marroquin, who did such a good job. When some of the songs came back we were all happy with it. Usually after the mixing engineer comes back with a song it takes like four times until we are happy, but with Manny Marroquin it was easy. Nearly every song sounded better than we can imagine.

Manny Marroquin?
Dan: Yes he’s really big and worked together with KANYE WEST, IMAGINE DRAGONS. It was a good call by the record company because he’s done a lot of hip hop and the drums are really heavy and groovy.

The idea for the video to Greek Tragedy is from Finn Keenan and you obviously liked his idea – was there any story on your mind before he came up with the idea?
Tord: Usually we just get a few ideas and pick one of it. We just say that we don’t want to have a performance video or we want a story or we want something built up to these moments. Then we prefer to let the directors think of what the song could be about rather than us to say what it is about. And it is refreshing sometimes to get a different sight on the song. Like with Greek Tragedy – the video is not really what the song is about.
Dan [imitating his mum]: It made my mother scream in the end anyway. She threw her phone away.

I guess a video can change the way you look at a song sometimes. Generally, are you having a lot of influence on things like cover art, or releasing a deluxe and normal length version?
Tord: We always have the final go for the artwork and stuff, but the guy who did the artwork was just amazing, nearly every idea he had looked cool. We might suggest things like: ‘We don’t want that frame like that, I want the colour to be slightly different’ etc., but we are not artists in this field. We spent a year and a half on the music to make sure the disc sounds the best it cans and it is quite nice to hand over some decisions within the creative process.

With your last record This Modern Glitch you did a This Acoustic Glitch version. Can you imagine doing a similar thing with Glitterbug?
Dan: It was really fun to do the Acoustic Glitch version. It was calm and shows the songs in a different way. You know my mum loves it. It’s fun for us to do and we still end up doing acoustic songs for radio stations. For example in Cologne we were doing Give Me a Try and Greek Tragedy acoustically. We have versions that are almost like folk, west coast America, lot’s of harmonies. It’s fun but I don’t really know if we do a proper Acoustic Glitch sort of thing for Glitterbug. What we did on this album is that we did perform in a church. We just released that yesterday I think. We played with the full band and we were in a studio which is an old church, and all was filmed by one moving camera all in one.

Where was that?
Dan: It’s in London in Paul Epworth’s studio. You know the guy who produced ADELE and stuff. It’s quite interesting because it’s not a music video, it’s not a gig and it’s not a film, it’s just us playing the songs without any proper performance in a great location. The drums sound almost better than on the album! I think that was kind of the Acoustic Glitch of this album – something different.

I’m excited to watch it. What do you think of the changes in music industry like streaming portals? Do you use them?
Tord: Yes, 10 pounds a month, premium account. It’s such an amazing tool for bands and producers and it is a legal way to have good quality of all the songs, plus you have this huge library – you can just type in songs and find it. I think it’s brilliant, especially for new bands – a service you can distribute without needing a record company; you can just record something and have it out there, all over the world. Obviously there are a few things to solve out like remuneration for artists and stuff. I guess you can make a lot less money than you would from CDs or iTunes but it’s a great concept but there are a few things they haven’t developed and protected yet, but give them a few years. I mean it’s the future really. There is no way fighting it. And it reduced the number of illegal downloads, people don’t do that anymore.

But you still buy records?
Tord: Yea, mainly vinyls. But on tour we live on the road all the time and iTunes and Spotify are so important. We couldn’t carry all the CDs and stuff we want to  listen to on the tour bus. 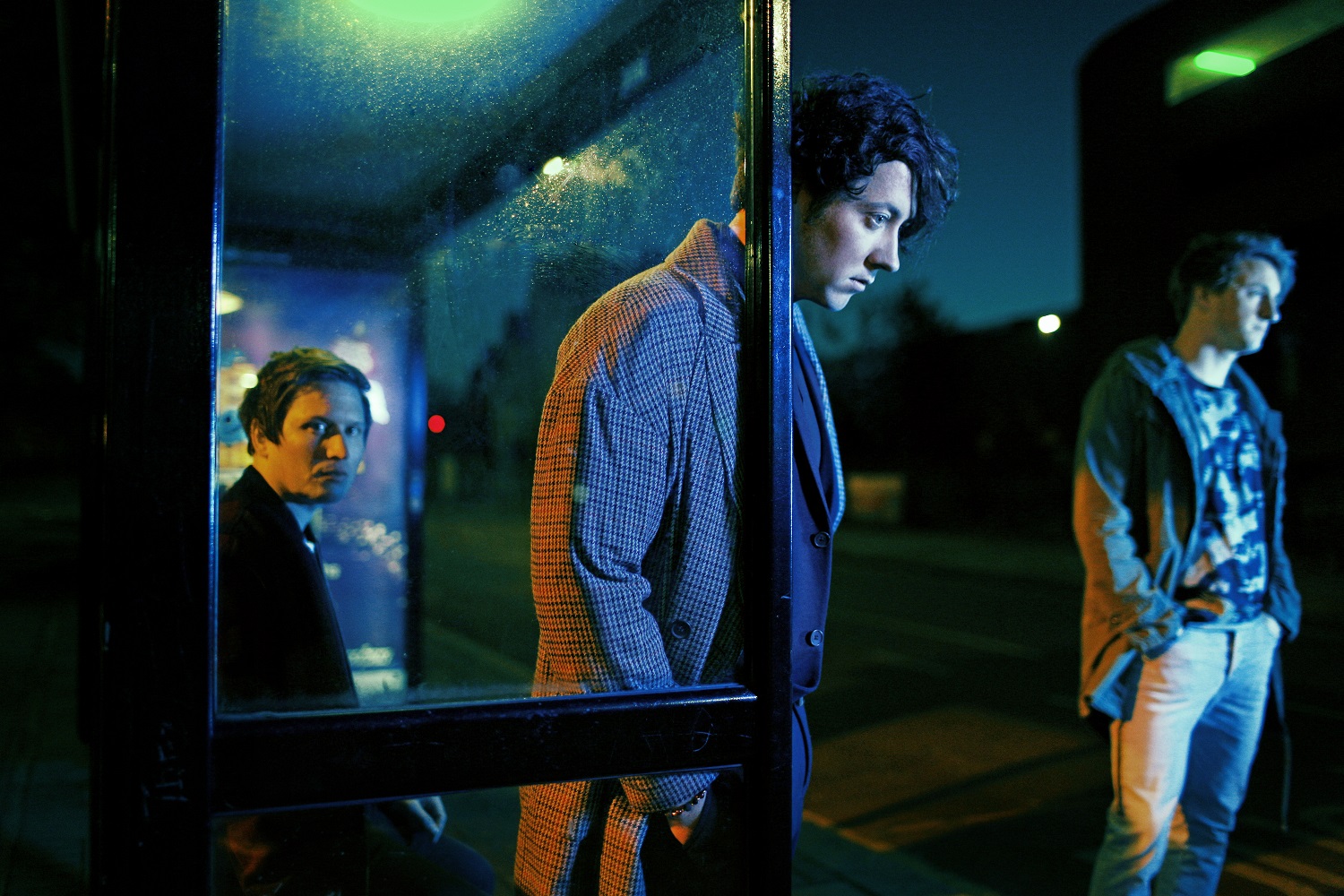 What do you think are the best and worst things about touring? People tend to say it’s the interviews...
Dan: No, No, no, how can they say that? No it’s nice to meeting new people, it’s thought provoking and you think about the stuff you worked on the last year and a half. I think one of the best things I like is seeing new places and meeting new people. Last night we ended up chatting to a girl who’s seen us in Rhode Island, this girl who was from Paraguay, and Polish girls – all sorts of nationalities. We got a recommendation for paraguayan traditional music. I think that’s what I miss when I am back in Liverpool. When you travel so much you can miss that, when you are home for like a month, you get a bit restless.
Tord: For me it’s all the live shows what’s the best part of touring. The band and the audience and the atmosphere is really weird and amazing.

What about the worst thing?
Tord: I don’t know.. being exhausted maybe, not getting enough sleep.
Dan: But that takes you to really interesting places in your head sometimes and it can be fun – no pain no gain. Maybe missing out my grandparent’s birthdays and family events sometimes.

If you could get to play with anyone you want, dead or alive, who would it be?
Dan: I’d say NEIL YOUNG.
Tord: Playing with THE BEATLES would be pretty great.

Who wouldn’t like to play with them, right? Final question: What do you think of when you think of hope and passion?
Obviously passion is music. That’s a really boring answer for us to give probably. Hope… we can hope that the world sorts itself out and chills out a little bit and gets a bit more sensible. That’s my hope.