This year’s Maifeld Derby Festival once again didn’t disappoint their fans with one stunning performance chasing the other on the three sunny days of the festival. Located at a horse race track the festival is all about the horse: One stage is inside a horse training field and the stables provide for the backstage area with each artist in their own box. We took the chance to have a chat with some of our favorite artists in the line-up. In this first part Fenne Lily, Sam-Vance-Law and Tord from The Wombats answered six not too serious question about horses. 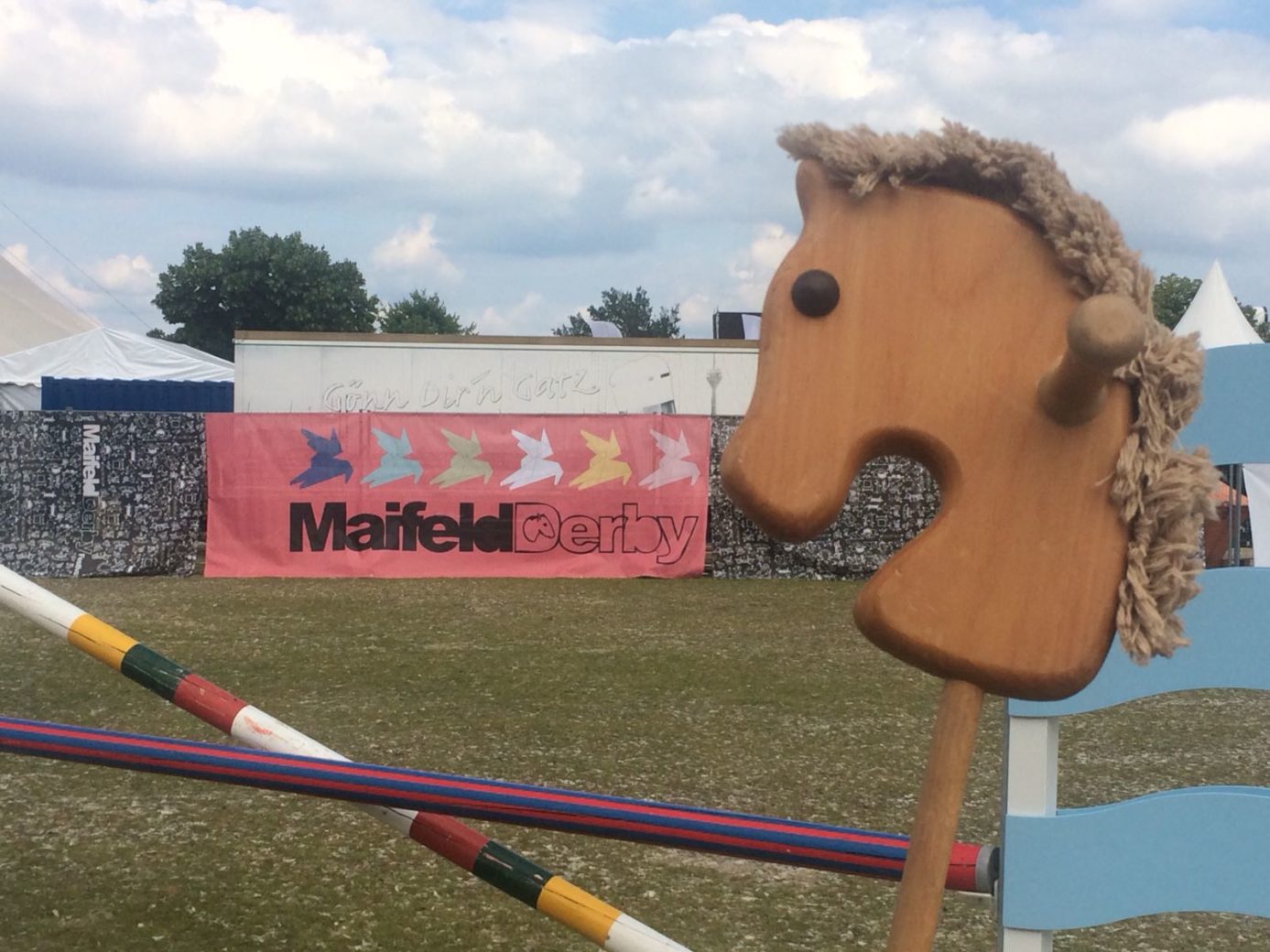 Steckenhorsy is posing for you

Fenne Lily: A Shire Horse. That are those horses that pulled carriages, but also pilled plowes in the old days. And they got these fluffy feet. That’s really cool. They are not meant to run anywhere. And everyone respects them because they’re really rare and old.

Fenne Lily: I used to ride horse quite a lot. I grew up in the countryside in Dorset, which is by the sea. And I rode a horse called Katie. And I stopped horse riding because I never used to use a saddle or any tag, so I just held on to her mane and I fell off and she almost stepped on my head. So I had to stop horse riding, because my mum was there and nearly saw my head get squashed.

Fenne Lily: Is size a problem? What about a organ? 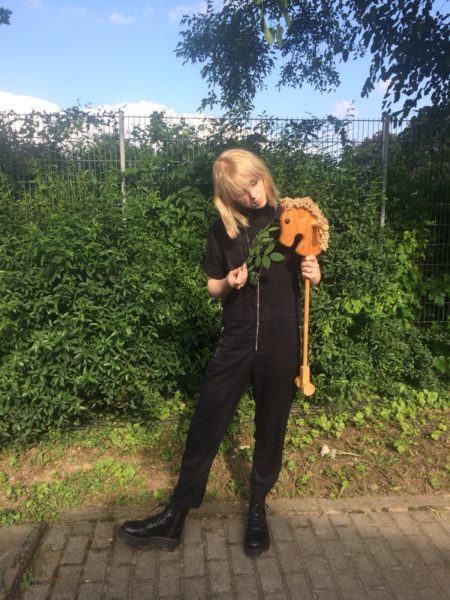 Fenne Lily is feeding our Steckenhorsy

Well, you are on a horse. The horse could pull the organ.

Yeah, maybe if I had a Shire Horse… I would probably take a Melodica. Those things you blow into.

Because they are hilarious (laughing). And I don’t want to be boring, this is a fun interview!

I don’t know, I only know the one called ‘Seabuscuit’. Basically I could choose any two words, couldn’t I? (thinking) Lesley Chrush!

Patti Smith got a record called Horses. I saw her the other weekend, it was amazing! She played in London at a festival called All Points East. And I just read her book as well.

Yes, and the other one M Train. There is a band called Band Of Horses. And Sparklehorse! That’s one guy, with a band. He is amazing!

I guess someone who is not very heavy. Maybe like Kylie Minogue.

And where would you take her?

Wherever she wanted. Apart from back for Australia, because that’s very far. Maybe just around some lush fields. Or the fence, that’s kind of my name. Probably I would take Kylie Minogue to the fence.

Whatever the best one is.

Any special color or shape you prefer?

Yeah, horse shaped and probably one of the brown ones. Like a really nice brown glossy coat. And I would have people that would groom me every day and clean out my hooves and stuff. 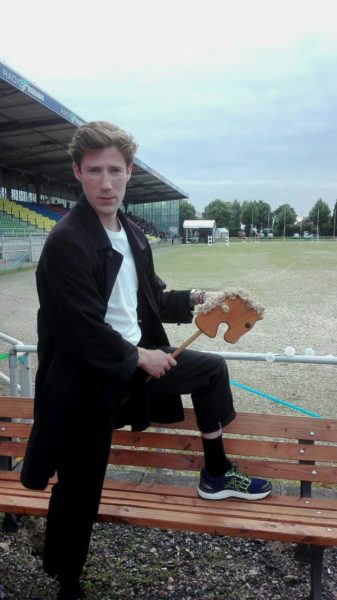 Sam is riding our Steckenhorsy

Yeah, I’ve ridden horses before, I looked at horses before, I’ve seen them on television. So I would say I’m very much a horse person. I have a good friend who is a horse. His name is Jolly and he lives in Niedersachsen.

And he is a real horse?

Yes, he’s a real horse. He is one of those horses who look like a cow. He is white and black with spots and everything. And he is huge.

How did you become friends with him?

Like any musical instrument, you mean? I probably take a bugle. It’s like a trumpet thing. I would figure in the wild west you get lost easily. And they are super loud, so if I get in trouble I just blow it. Or one of those sea shells, like horns.

Yeah, and you blow it and the Elves come and rescue you. Or the eagles or something. It’s America, so it’s probably the eagles. That’s the only reasonable instrument to take. If anybody done this interview and said something different, they are idiots.

‘Check, One, Two, Three, Check’, that would be the horse’s name. People can remember that, plus it’s fun to say. And on every show people would be refencing my race horse.

Yeah, there is this band called something with vegetables …Prefab Sprout! And they have a song called Wild Horses. I don’t like many horse themed songs, because most of them are not realistic or accurate enough. But that one is. I don’t know if it’s actually called Wild Horses, but something with a horse. And the chorus is great. ‘Wiiild, wiiild, horses’, something like that. It’s a beautiful song, but I don’t know the band. And I’m not a huge fan necessarily of the band, I just know that song and it’s an excellent song.

Did you ever thought about recording a song about a horse?

But you could write about them, maybe in a very positive way.

I could definitely do that. I’m a horse ally, definitely! But I feel like that’s maybe something they should do. And obviously I stand behind them and promote that work and help them with it. But that’s a voice that needs to be heard by them, not from me. It’s a message that we need to hear not through some white dude. But through the actual people coming from that place.

Sam: Justin Bieber. Also if I wasn’t a horse. Any animal including human.

And where would you take him?

Sam: Just my bedroom. I think that’s far enough. I hope he hears this. 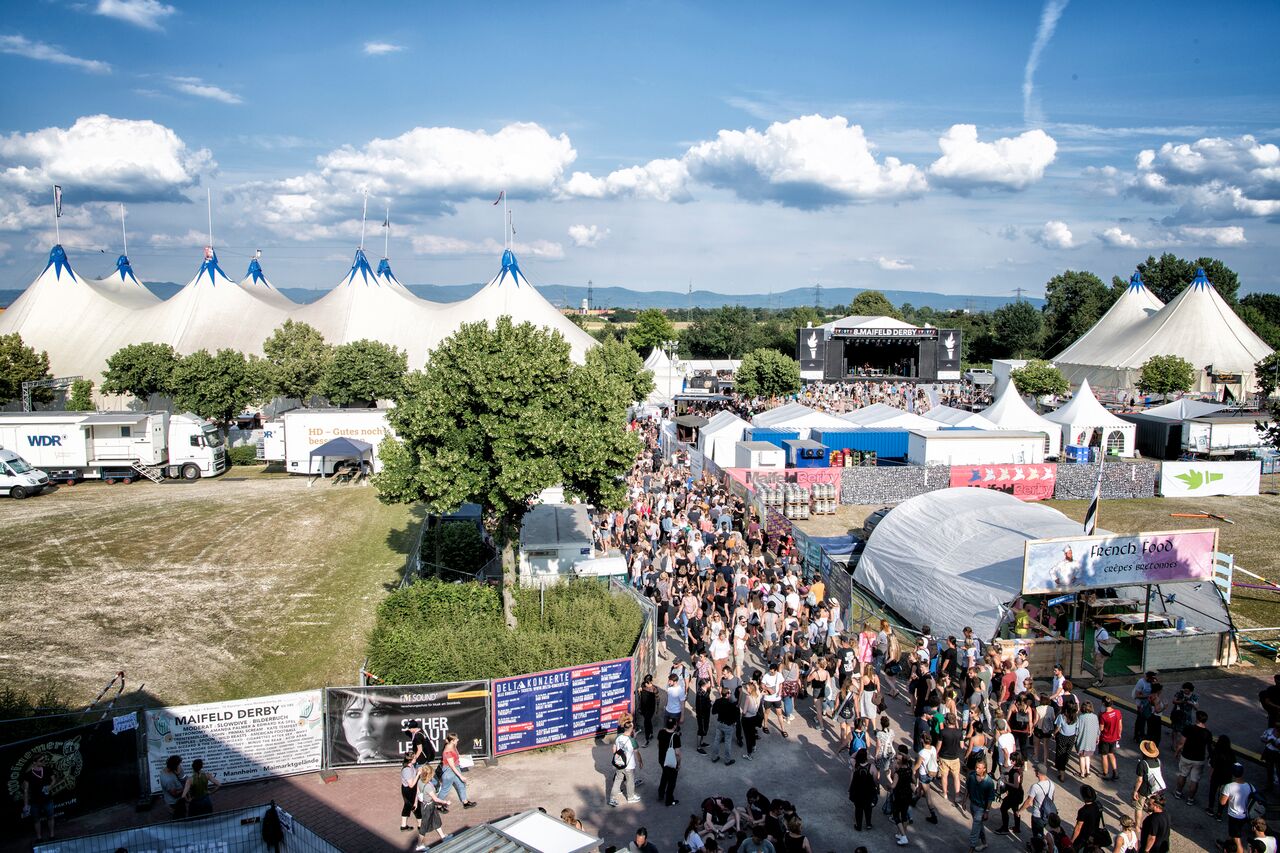 I’m probably a pony, because I’m not very big.

We actually went horse riding in Denver, Colorado on Tour. We had a day off in Denver and we went to this horse riding thing. It was me, Dan (drummer) and Sarah, our tour manager. She was really into horses.

Was it the first time for you?

I tried it before, I’ve done it many times. Me and Dan actually been riding horses in the south of France before. 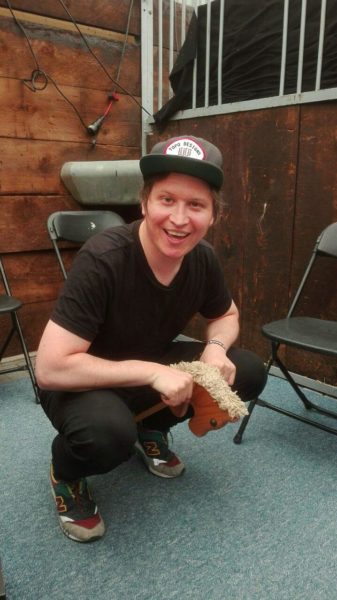 Tord also knows how to ride the Steckenhorsy

Any funny stories about that?

When we were in the south of France I lost control over my horse. And it started sprinting into this piece of wood and there was this stick right in front of my face and I managed to duck. My girlfriend was riding in front of my and Dan as well, and they could see my deathface as the horse as just gong for it. I managed to stop it though, but it was a moment were I was like ‘This is not going to end well’.

I would take something really small, like a harmonica.

And what would you play?

Just like a classic chord pattern, similar to Dylan or something. As simple as possible.

I like Band Of Horses. I’ve seen them several times, a really good live band and I like the records. Hmmm….I don’t think many people write songs about horses. The Seahorses is a band as well, isn’t it?

The king of Norway. Because, this is actually a true story: I got a studio in Oslo in a stable. Well, it’s not a stable any more, but it used to be a stable. And the queen used to have her horses in this stable. It’s just behind the castle in Oslo. This is a real story! She’s not alive anymore, but I would take the current king of Norway.

And where would you take him?

To my stable and play him some Wombats songs. (laugh)

The second part featuring Hinds, All Them Witches and ÄTNA will soon be released on NBHAP. 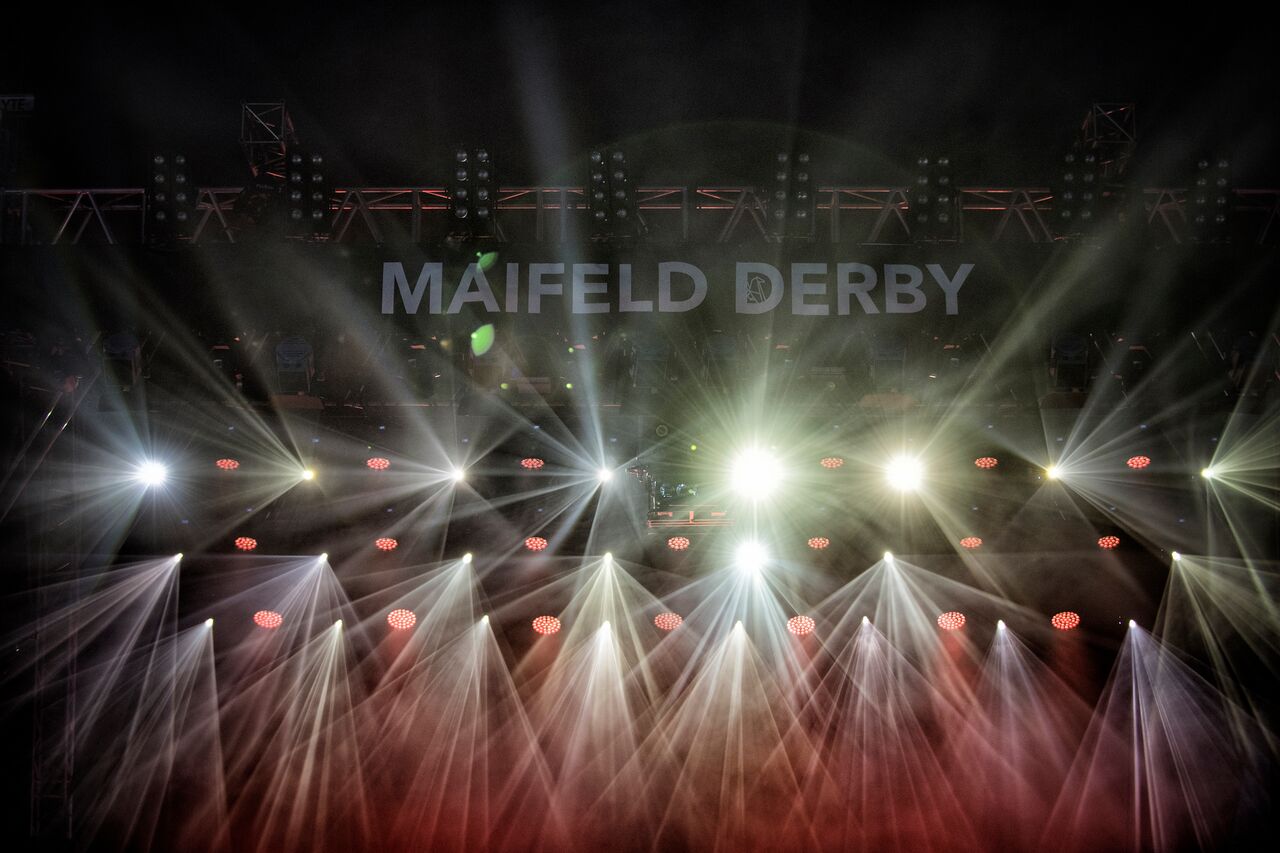 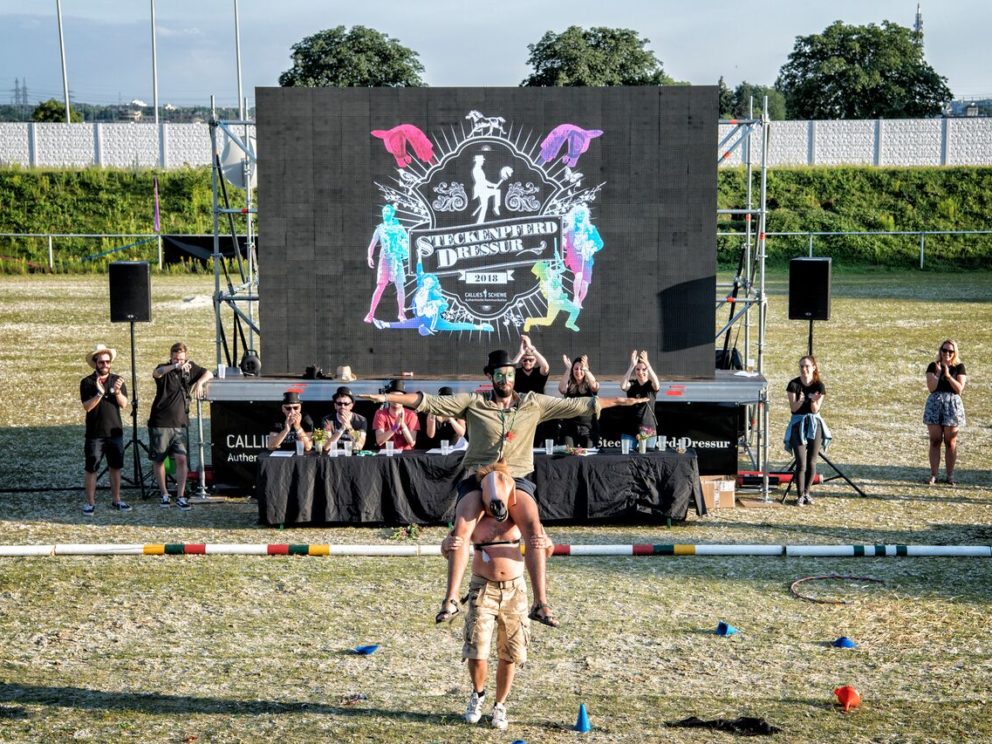 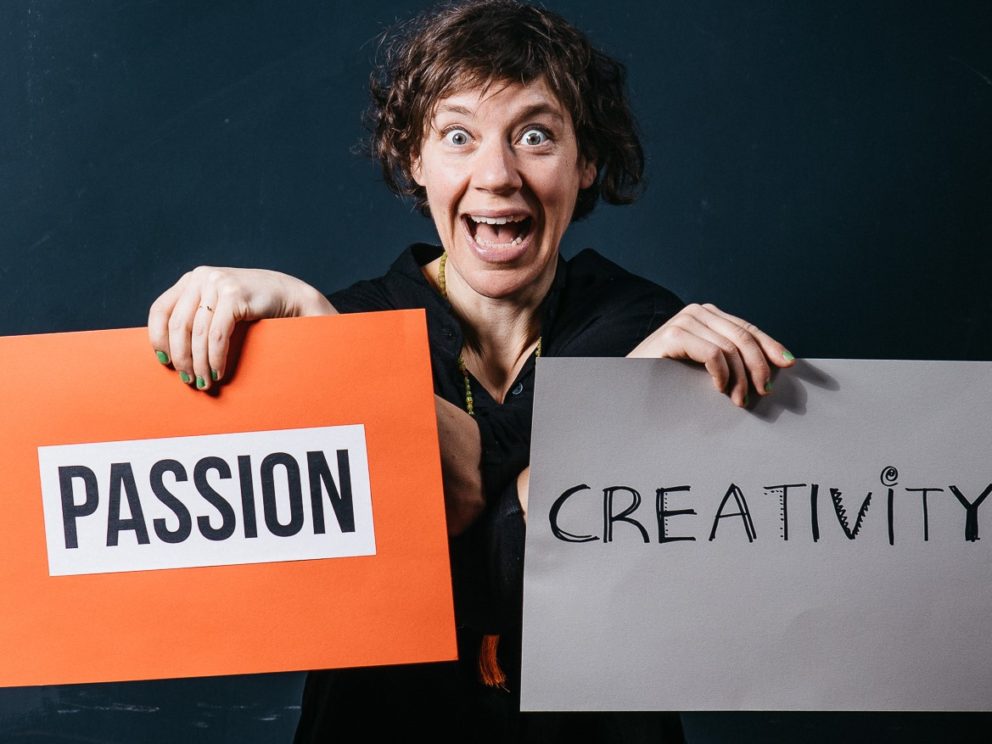