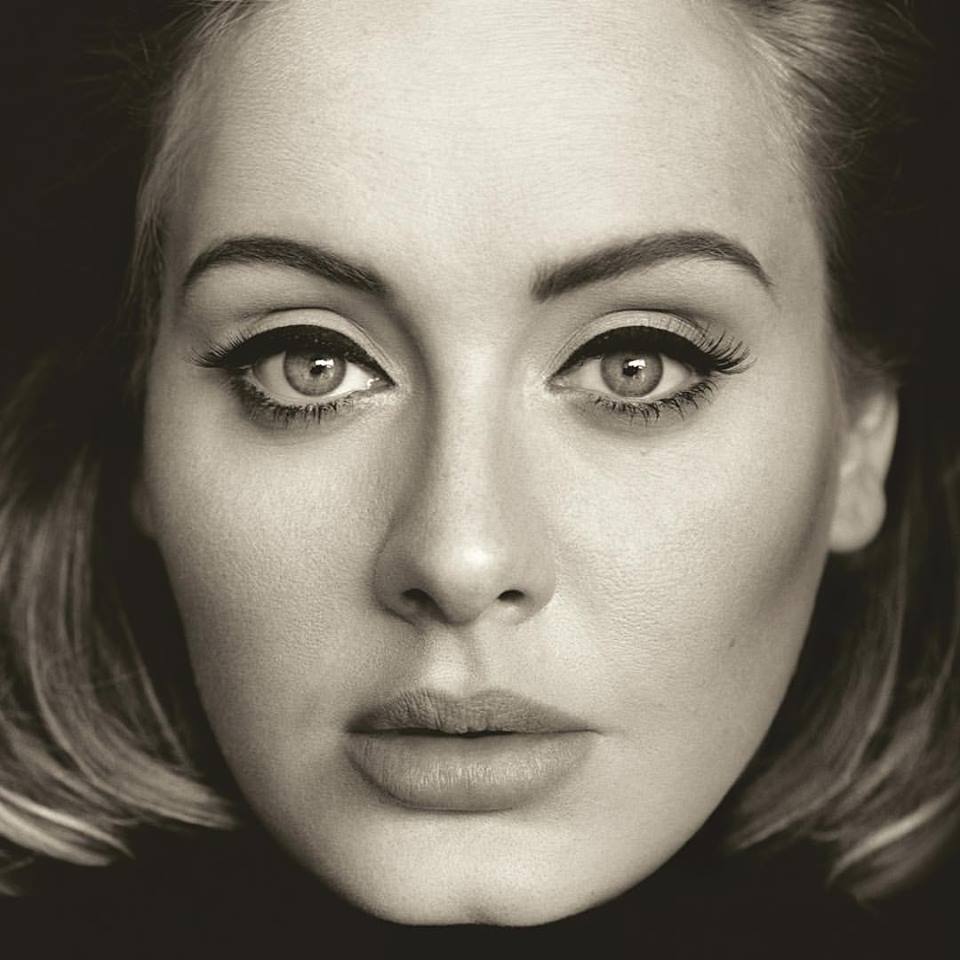 It’s a moment many of us have been waiting for. Three years, many rumours and much anticipation later, it’s finally here: 25. Oh ADELE, we are glad to have you back. Possibly the most hyped album of the year, especially after the release of Hello, the hopes for this release seem sky high.

The album consists of 11 tracks and in good old-fashioned ADELE manner, the singer shares with us, once again, all that makes ADELE. Although, she has previously stated that the album is more of a make-up album this time round, it takes a while to find the ‘making-up’ elements in the songs on initial listen.

On the contrary, songs like River Lea and Million Years Ago are lyrics penned to her old life and hometown, London, the first reminding us a lot of Hometown Glory from her debut album 19, and giving the album more a sense of nostalgia. Million Years Ago, a lovely acoustic track, especially sheds light onto what the singer feels when thinking about old friends, her family and a life before the fame. Also the recently released single, When We Were Young has ADELE pretending she’s 50 and recounting easier times. And then there is of course Hello, which just gives you all the feels and most definitely has the singer reaching out to the past, an old flame and asking for forgiveness. In retrospect, this might be the only track that has much of a make-up ring to it.

The long wait for new music of course, also had other reasons than simply writing and recording an album. The 27-year-old entered motherhood when she had her son, with her boyfriend Simon Konecki. Her son being one of the main reasons, for ADELE‘s return, it would have been a little unsatisfying not to have a song dedicated to him. Remedy, a track produced by RYAN TEDDER, has the singer explaining how ‘when the night keeps you from sleeping, just look and see, I will be, your remedy’ making your heart melt away. However, also the last track on the album, Sweetest Devotion, has a mother’s touch and is definitely the perfect uplifting finish to 25. With some country music vibes mixed with pop, the track can’t help but place a smile upon your face. Water Under The Bridge on the other hand is for her man – as ADELE likes to refer to her boyfriend as – and is the ultimate pop song track of 25. Not a surprise, as it was written with Greg Kurstin, who has also written with KATY PERRY for her album Prism. It is, however still ADELE through and through but makes for a good break in the album.

25 has quite a few prominent names cropping up throughout. BRUNO MARS for instance challenged the artist, while recording their song All I Ask, to sing harder than ever before. The track is a classic piano-infused ballad, capturing some prime love song elements, that might leave you bawling your eyes out and could possibly place the song among the great classics sung by the likes of DIANA ROSS or WHITNEY HOUSTON. Furthermore, smash-hit writer, Max Martin has been collaborating with the singer and both of them present the track Send My Love (To Your New Lover). This song is supposed to be the only track on the album that ADELE has written about the ex-lover that inspired all of 21. As Martin has also worked with TAYLOR SWIFT, this track does have a few too many Swift-esque bits to it but that’s probably why the song is quite catchy.

Perhaps a more saucier song to counter this, is the powerful track, I Miss You, which is an intimate song, oozing sex and really captures the want and desire for the other person. For all those yearning for some 21 vibes, Love In The Dark should help in that regard. With violins and the piano accompanying ADELE‘s crooning voice, the song talks about leaving a lover because the love is dead. Which leaves anyone that’s been on either end of this kind of situation, just heartbroken.

So, what’s the verdict?

In the end it’s obvious that ADELE has matured beautifully and moved away from the bitterness of album number two. Apart from a few songs here and there, no tissues are needed while listening to the album this time round. Instead, 25 leaves you thinking about life in general and hoping you won’t regret much once you’re old and grey. The singer has definitely tried out a few different but fun vibes in 25 but you could lament the lack of goose bump moments that make ADELE songs so memorable. Still, it’s an album that promises some good singles and has definitely been worth the wait.