From Bach To Greenwood: A recap of the Stargaze Orchestral 2016 in Berlin 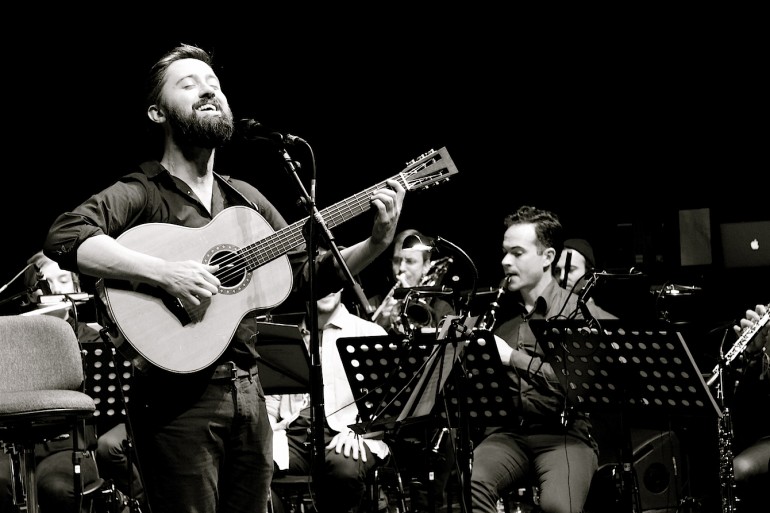 Finding a common ground between classical and pop music can be a hell of a task for any musician that is open and brave enough to let both worlds collide. A successful way to do it not only requires an understanding of both genres, but furthermore the ability to create an environment that is striving for a special spark that connects them. For over two years, the STARGAZE collective has been constantly pushing boundaries and channeling the sonic landscapes of both worlds.

After international collaborations with artists like JULIA HOLTER or OWEN PALLETT in the past, STARGAZE and its Berlin-based conductor ANDRÉ DE RIDDER returned to Berlin for a whole weekend to curate blissful and innovative evenings full of thrilling moments. Besides, the event emphasized fairly well their reputation as an orchestra that keeps providing the necessary impulses that are much needed when it comes to revitalizing classical music.

With 14 musical performances in total lined up over three consecutive days, the Stargaze Orchestral Long Weekender at Berlin’s Volksbühne offered a wide range of listening experiences that covered very different artistic approaches. The spectrum of the various pieces and collaborations demonstrated beautifully just how much the STARGAZE ensemble is willing to stretch that musical panorama that is lying in front of them. It only made sense to have a bigger theme for each night with the sheer amount of variety that was waiting to be released into the impressive and historic venue of such cultural high standards. 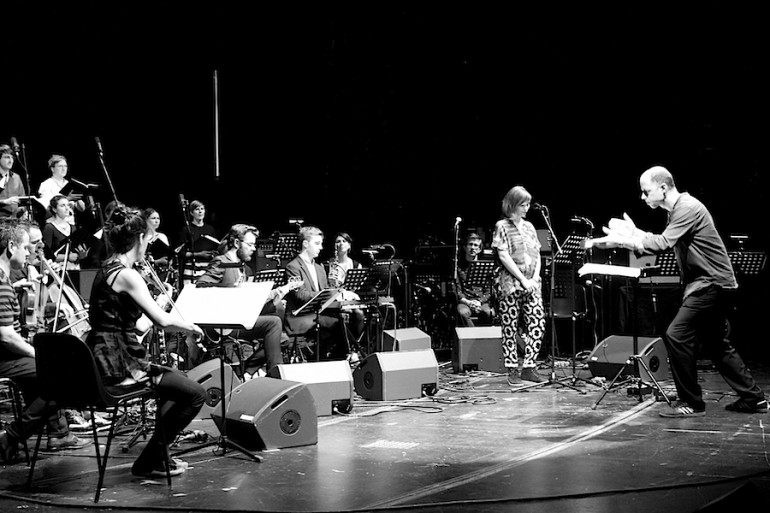 Starting off, the audience was invited into a spiritual world on the first night that explored big themes like death, loss and pain. All captured in form of a newly arranged Bach Cantata #150 including special guest MINA TINDLE on vocals, GRATEFUL DEAD’s What’s Become Of The Baby, DAVID LANG‘s Death Speaks as well as work by THE NATIONAL‘s BRYCE DESSNER. His composition Tenebrae for string quartet carefully guided the listener into what was still to come that night.

Despite the honour of having another piece for string quartet opening the festival like last year, Dessner returned to the stage later to give a striking performance of Jerry Garcia Counterpoint on guitar. Adding even more depth to the at times heavy and severe atmosphere, the CANTUS DOMUS choir joined STARGAZE on various occassions that night while ANDRÉ DE RIDDER’s short and insightful introductions in between the pieces guaranteed some useful information beyond the pure musical experiences.

The duo A HAWK AND A HACKSAW from New Mexico played one of the key roles during the second evening which was dedicated to the folk tunes of Eastern Europe. A sound that inspired the two musicians Jeremy Barnes and Heather Trost to such a great extent over the years. Drawing much inspiration from traditional Balkan tunes, the band was a fitting choice that was able to lift the spirits with their rhythmic interpretations of Bartók and songs of their latest work You Have Already Gone To Another World. Once again, the line between classic and pop was remarkably softened throughout the evening.

Ligeti’s Cello Concerto starring Michael Rauter and the all-stargaze orchestra was spine-tingling and ambitious in every way. Towards the end of the evening, the highly anticipated live premieres of JONNY GREENWOOD’s suite There Will Be Blood and Popcorn Superhet Receiver completed another diverse night full of beaming moments. Whether historic or contemporary – the chosen musical direction ended up being highly interesting and offered another taste of the STARGAZE ensemble that has just been signed by the London indie label Transgressive Records.

It is certainly not every day that you see indie or punk rock bands performing with a big orchestra these days. However, the last day of the Stargaze Orchestral Long Weekender promised exciting collaborations that filled this very same gap. One of the great things about STARGAZE is the fact that the orchestra continues to explore new musical territories with all kinds of artists. Having worked with them before, VILLAGERS from Ireland delivered another magnificent set that contained songs from all their three studio albums and earned them standing ovations afterwards. The excellent new arrangements of their songs and Conor O’Brien’s outstanding vocal performance were only two reasons that made their set one of the highlights of the festival. 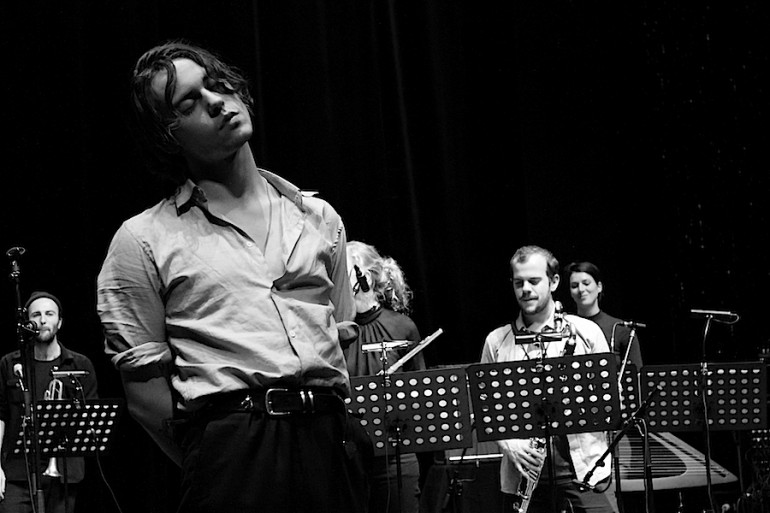 Danish punk rockers ICEAGE created a much darker and more eccentric mood along with the help of STARGAZE. Often being on the verge of erupting with a bang along with singer Elias Bender Rønnenfelt’s contrasting gloomy voice.

Looking back at three very diverse and undoubtably challenging evenings, the festival managed to pull the listeners into a world full of suspensful moments that demonstrated well how musical contrasts can be overcome to create innovative and yet accessible pieces. The context of classic and pop music skillfully intertwined, STARGAZE and all of the involved artists proved that it is more than worthwile to explore the two genres in such a liberating environment like this. 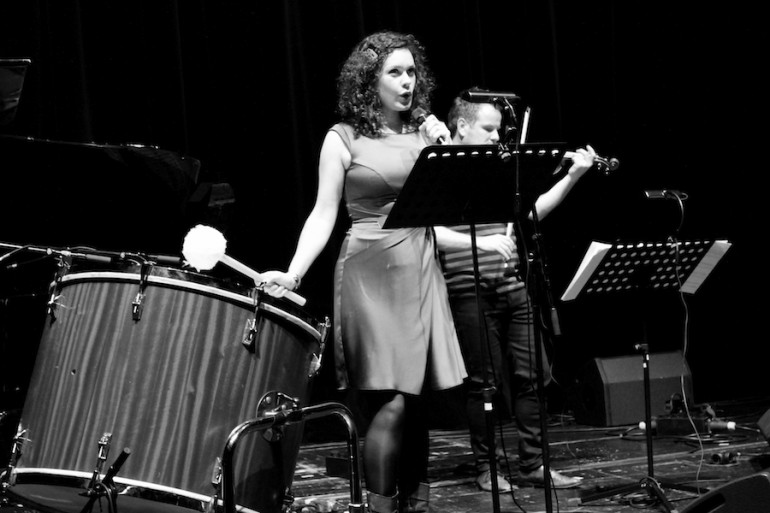 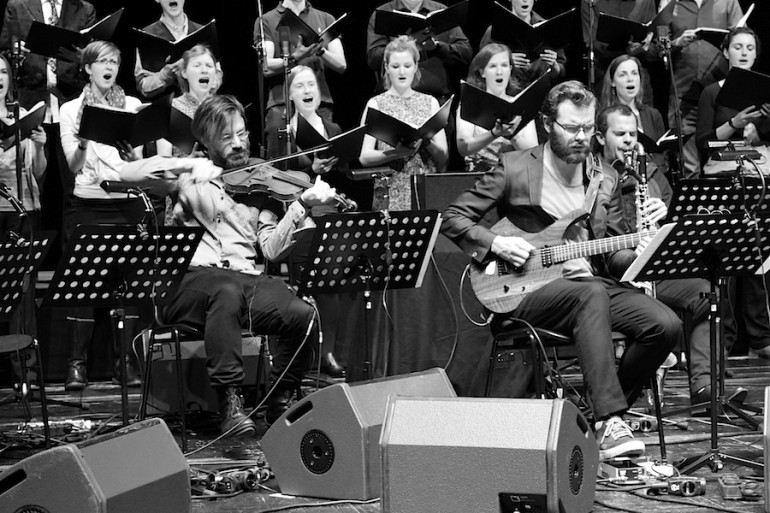 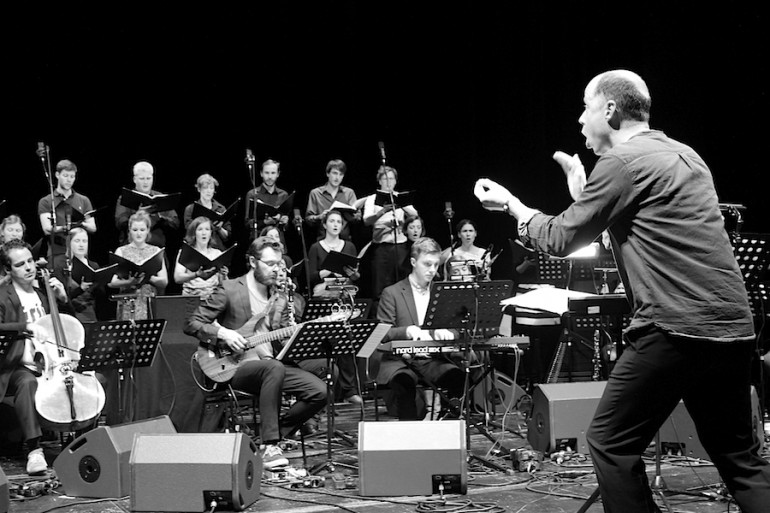