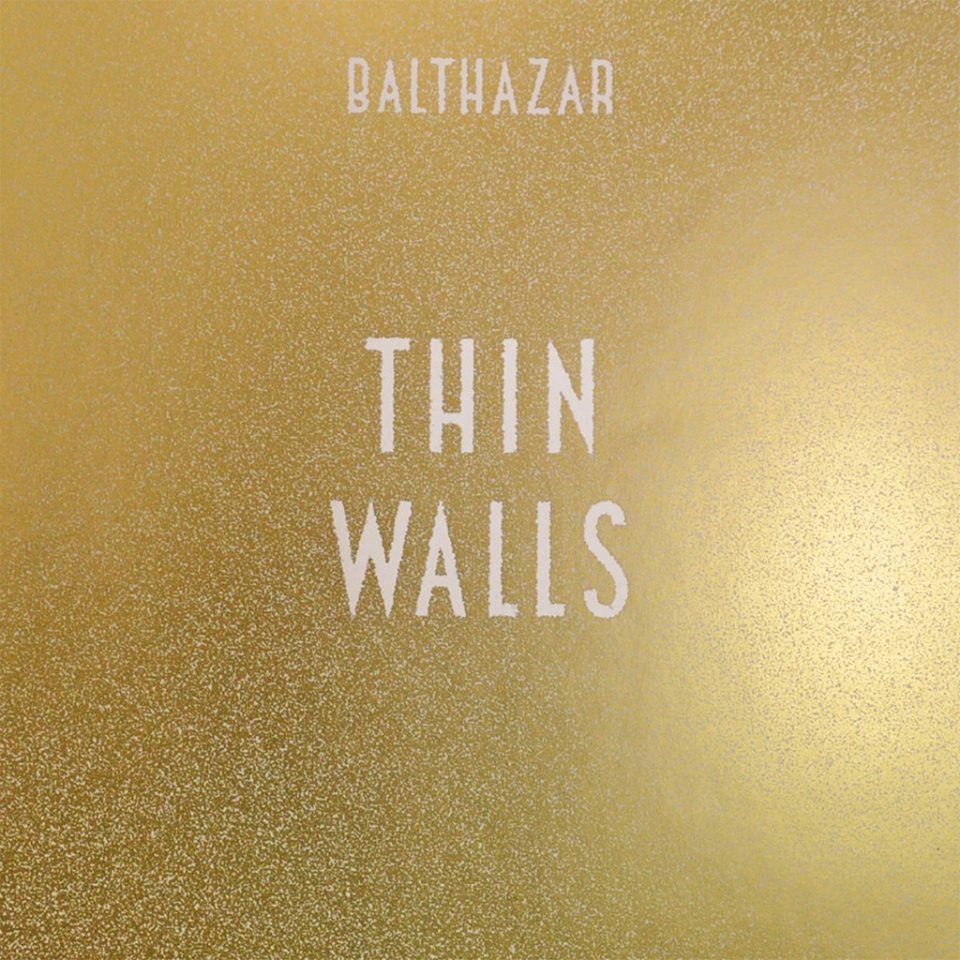 As a music journo, it’s always nice to follow musicians on their path and to witness their development. The sympathetic pop combo from BALTHAZAR is one of these bands that we from NBHAP have accompanied for a few years now, hence it’s easy for us to tell that their new album Thin Walls is wilder and more authentic than anything they’ve ever done before! After ten years of making music together and two memorable LP outputs, the Belgian indie-pop institution’s third record was created in a whole new environment in the murky and restless moments on tour. The quintet was successfully touring the world with their 2012 album Rats, when they had to fit in writing sessions whenever they had some time off. This bohemian way of crafting clearly had a major impact on the the album, as Jinte Deprez, the band’s songwriter next to Maarten Devoldere, says: ‘Thin Walls is all about touring and never having any privacy.’ Kudos to the five-piece for obviously functioning so well together, as the result is all coherent and passionate, yet not a bit chaotic or devious. These guys really seem to work out so well as band that they catalyze all the pent-up energy into decent and convincing tunes.

While Applause and Rats were yet self-produced, this time BALTHAZAR decided to team up with cool cats Ben Hillier (BLUR/ DEPECHE MODE producer) and Jason Cox (GORILLAZ, MASSIVE ATTACK) to help form the sound of Thin Walls, which took some of the generational pressure off their shoulders as well. Being able to solely focus on the music resulted in ten legit tracks that are pure evidence of self-confidence and hands-on experience. Decency comes along with flipping fingers and pretty sophisticated tunes – what a cool, eerie track to open the record! Playful grooves take turns with melancholic melodies, it really never gets dull. Bunker is rather soulful and measured while I Looked For You is one of those unsettling songs that leave you with a bittersweet taste on your lips. The dynamic between both the songs and the band members is just all right.

The songs are about simple things, but they are shrouded in gloomy and hooking lyrics. The devil is in the detail! The rebellious Nightclub fathoms the bonniness of being drunk while the twinkle-toed Dirty Love is about the tragedy of losing your heart on tour. And you may easily guess who’s to blame for all the emotional mess: right, it’s the other sex! ‘I’ll always write about girls,’ says Maarten. ‘That’s the thing that gets me writing.’ Well, this is a neverending story and we luckily can expect some more of these tales in the future. They got the songs, they got the skills and now it is about time that they also get the audience. Watch out for these guys on a festival near you. And don’t miss them, of course.

‘Thin Walls’ proves that BALTHAZAR are constantly growing and that their maturing process has finally reached the point of full bloom. Hopefully this marker will finally take them to well-deserved new horizons!