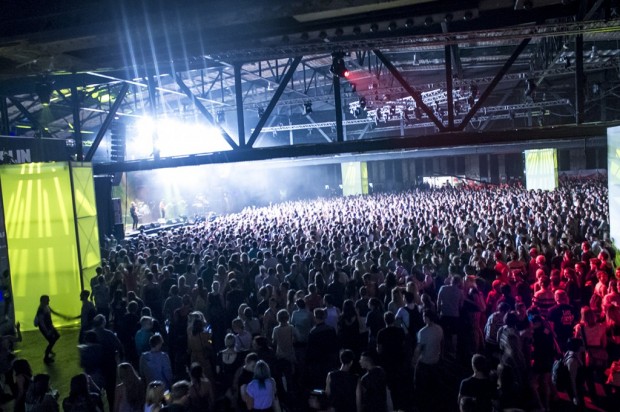 Intro: In it’s 9th year, the homegrown BERLIN FESTIVAL decided to shake things up. The annual event moved from its usual stomping ground, everybody’s favorite abandoned airfield, Tempelhof, to Arena. Headliners such as WOODKID, EDITORS and Berlin’s beloved MODERAT took the stage inside the massive Arena hall, while subsequent acts such as NINA KRAVIZ played amongst a backdrop of glittering city lights and outdoor swimming area Badeschiff.

Things kicked off late Friday night and continued throughout the weekend, with festivalgoers given the chance to party well into Monday morning at CLUB DE VISIONÄRE.

While Tempelhof is one of Berlin’s most unique urban spaces, the new location seemed welcome by festivalgoers, as it added a fresh element to the general setup of BERLIN FESTIVAL. While headliners dominated the main stage located inside the heart of the Arena, there was also the option of dancing the night away on the HOPPETOSSE BOAT, or getting wild at the brand new WHITE TRASH FAST FOOD.

Hmmm, well this is a difficult section to tackle. As it was the first time BERLIN FESTIVAL was held in Arena Park, they haven’t worked out the kinks and didn’t really excel at anything. The location change will most likely be a controversial topic of conversation. We personally think that the location worked well for a Berlin-based festival. The area surrounding Badeschiff was quite pleasant to be in.

Failed: Let’s get straight to it, the sound was pretty shoddy for most of the shows – especially those at the Arena main stage. For TODD TERJE on the opening night, the sound was extremely quiet – the show would’ve been a lot more immersive if it had been louder. Having seen him at Øya Festival with his live band, impressive visuals and on-stage dancers, this was a disappointment. The sound improved for Saturday and Sunday but the vocals for most of the acts were still comparatively far too quiet.

Crowd / Atmosphere: The crowd was pretty young and we somehow have a feeling there weren’t actually many Berliners that attended. A few Scottish, Australians and Americas were scattered about the place, as well as a fair amount of Polish attendees. During shows, the crowd was pretty static; its unclear whether that was due to a certain level of disappointment, but people seemed relatively bored at almost every show and were never fully receptive of the artist on stage. In fact, several acts actually commented on this, such as JESSIE WARE, who joked that they should liven up a bit. 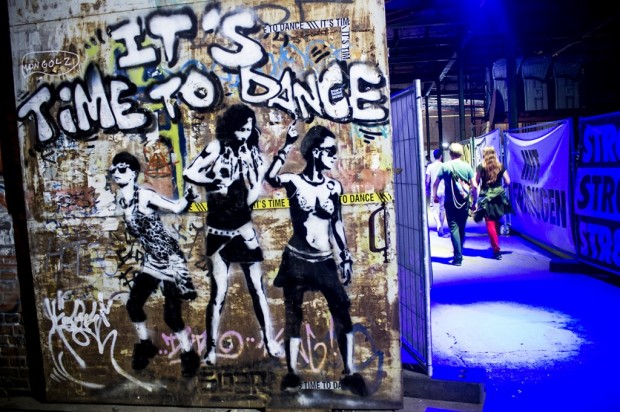 Sound: Sad to say, BERLIN FESTIVAL faced difficulties with sound quality at last year’s event, and was unfortunately dealing with the same problems this year again.

BOMBAY BICYCLE CLUB vocalist Jack Steadman’s voice got lost in the sheer size of the Arena, so perhaps the festival planners need a bit of time to figure out which acts should play where.

Like last year, BERLIN FESTIVAL presented their staple ART VILLAGE, featuring collaborative space, competitions and the ‘NO PAIN NO GAIN’ tattoo parlor. Yet, in comparison to last year, there was slightly more emphasis on letting festival attendees scribble on blank space rather than present well-thought out works.

Our musical highlights have been NINA KRAVIZ, the legendary SVEN VÄTH and MODERAT. The whole event was perfectly pleasant, had some annoyances, but nothing that truly rocked the (Badeschiff) boat.