Blaue Blume about seven of their favourite songs 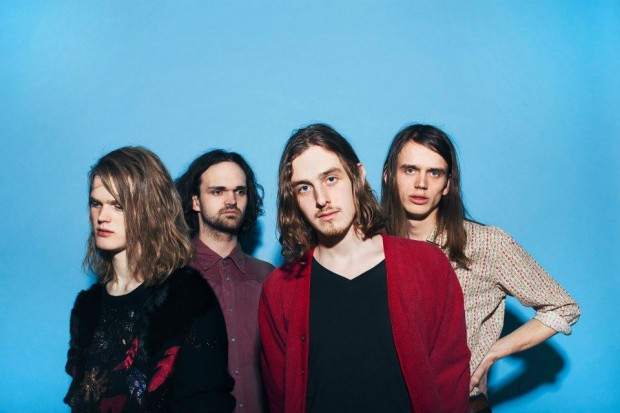 The excitement slowly but steady increases. In two weeks, NOTHING BUT HOPE AND PASSION and FluxFM present the first Ja Ja Ja event in Berlin. October the 9th, to be exact (find all information about the evening right here). Copenhagen-based outfit BLAUE BLUME is one of the three acts playing on this night and they are another proof why it was a wise choice by Ja Ja Ja to set the focus on Scandinavia for their event series after all. With a drifting mixture of 80s wave pop and shoegaze soundscapes the four gentlemen are clearly one of the most exciting acts from the northern countries at the moment. It’s worth to check out their latest EP Beau & Lorette as well as their informative and entertaining ‘Introducing Q&A‘ for NOTHING BUT HOPE AND PASSION.

In the wake of the forthcoming event we asked the group for some of the music that inspired them and maybe even motivated the boys to form their own band. It’s no surprise that we find acts like THE SMITHS and COCTEAU TWINS in here but expect a few surprises as well in the following list.

Some songs are written with such wisdom that they almost seem to have the ability to embrace any moment you felt love on a bigger or smaller scale.

Very much like KATE BUSH she builds a universe around her songs which through childlike ingenuity appears almost boundless.

They managed in only four albums to make more hits than THE BEATLES.

Isaac Brock possesses a special socialist realistic tone in his lyric that only few is able to use in music without having the melancholy subjects color the music’s lightness.

Just one example from our all-time favourite record ‘The Lamb Lies Down On Broadway.’

One of the few times where Liz Frazer shows us her modal voice and even so the still manages to keep the melodies very complex. Generally the ‘Treasure’ record shows the band from a darker side which makes clear the their sound speaks multiple languages.

A story about a couple whose love experiences recent times major tragedies. Because of a chaotic cosmos this love stays unresolved. A remarkable theme even for KATE BUSH who seem to have already presented every single love story.